The Top-5 Offensive Tackles in the 2020 NFL Draft

The cream of the class

Here is our wildcard! Wilson is a road grater when it comes to being a run blocker; he is a beast. He gets great leverage and he plays mean. But then you watch him pass block and the technique is something that causes him to struggle. His hands have a tendency to be wide and he gives up his chest too much. He is a really talented player but his inconsistency in college makes him somewhat of a risk, but a pick in the second round for the right team could pay off big-time. 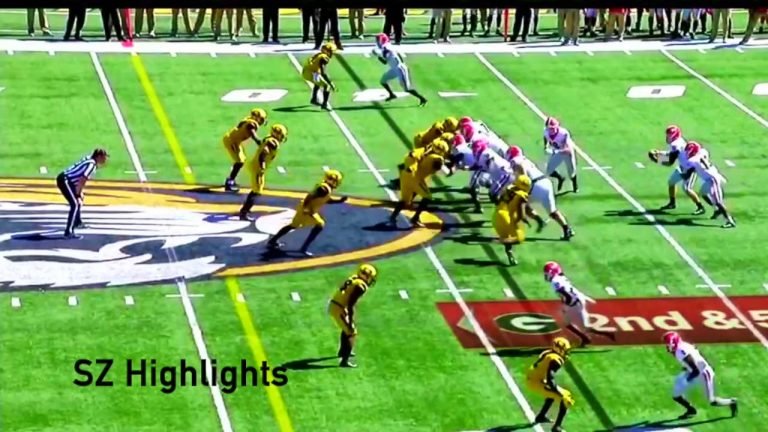 Wirfs has issues in pass protection. With that being said, I really think he will end up as a guard in the NFL. He plays with good leverage as a run blocker and sustains his blocks well, but it’s hard to overlook his pass protection issues, which can painfully be seen if you watch his film from 2019 against the Michigan Wolverines. Becton had a great combine and his athleticism is off the charts for an Offensive Tackle, but can he play? While watching his film it’s clear he can play and will make an immediate impact for whichever team picks him. However, he has a tendency to place his hands too wide on an opponent’s chest, which will get him beat in the NFL, so that will need to be fixed. He is not overly strong either. He tends to manipulate defenders more than anything, which is a little worrisome. He will be an above-average offensive lineman in the NFL and maybe better if he gets the right coach. Wills played Right Tackle at Bama but the reason he did so was because that was their Quarterback’s blind side. He can play either side in the NFL. He is a great mover on the edge to take on pass rushers. Wills has the strength to open holes in the ground game and he takes great angles with no false steps, great at trapping and basically if you need him to do it he can do it. Will be a Pro Bowler in the NFL within 3 years. This is my unquestioned number one at this position. Thomas has great size, great feet, hand placement is on point and he is very disciplined. He is great at cutting off the edge from quick speed rushers and is well-developed as a pass protector. Granted that, there is usually a but. That is not the case here as he is outstanding as a run blocker and gets great leverage, which enables him to defeat bull-rushers as well.