Maybe the smartest of all of the lineman and he should start right out of the gate in his rookie season. Lindstrom has great hands and plays with outstanding leverage at all times. His ability to manipulate the defender is outstanding. The BC lineman is very good at getting to the second level of the defense to block and he is a solid pass blocker, as well, with great hand placement.

McCoy is a better center prospect than Frank Ragnow was last year and he is worlds ahead of Billy Price. McCoy possesses a great football IQ, which is hugely important if a team chooses to put him at center. Just like Lindstrom, he seems to be a day one starter this year. He is a great perimeter blocker and gets to the second level very quickly. He has to increase his strength to be a Pro Bowl type of player and with his work ethic, I fully expect he will.

Jordan has excellent measurables and could probably even play tackle in the NFL. Ohio State played him at center last season and he played well. The important thing with Jordan is the versatility to play pretty much any position along the line. I think Jordan should have played one more year as a Buckeye before coming out, but with that being said, the sky is the limit for Jordan and I fully expect he will become an NFL starter by year two. 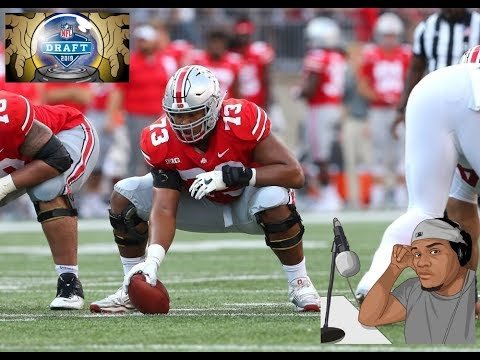 McGovern is a terrific run blocker but will have to work on his pass blocking to become a complete player. He is by no means a bad pass blocker, but he is much better in the run game. McGovern has average feet and must work on that to be a starter at the next level.

His shorter arms will land him as a guard in the NFL and while I don’t expect him to be an All-Pro player I do expect him to have a solid NFL career. He did not really face any elite interior defensive lineman in his final season at Wisconsin, which makes this judgment tough to make. Previous article
« Baseball in Japan: Why Is It So Popular in the Land of the Rising Sun?
Next article
Indiana Sports Beat 4/23/19: Guest Mike DeCourcy on the state of College Basketball and Much More »