7 Teams That Could Make a Surprise Run to College Playoffs

The Tar heels play in the much more manageable ACC Coastal (meaning they get to avoid Clemson in the regular season), and even if they do face the Tigers in the ACC championship game, they played with Dabo Swinney’s club right down to the bitter end last year, and this years team may have more talent than that group.

For the Tar Heels, their whole season likely comes down to two things: How does QB Mitch Trubisky handle the adjustment after taking over for the departed Marquise Williams? And can they defeat either Georgia in their regular-season opener or Florida State on Oct. 1 to set up what could be a “win-and-you’re-in” playoff scenario in the ACC Championship game? Beating Florida. State is a daunting task, but the Tar Heels have the talent to pull the upset. The schedule includes two big time opponents in Houston (the opener against Oklahoma is technically a “neutral site” game at NRG Field, home of the Texans), and the Cougars do return the talent to play with anyone. Quarterback Greg Ward is coming off a season in which he accounted for over 3,300 yards of total offense and nearly 40 touchdowns. Win the opener against Oklahoma and Ward because a top heisman contender, while the defense should again be stout.

The question again: Can they beat the two Power-5 schools in front of them, starting with Oklahoma in Week 1? Then a tough Louisville team later in the season. 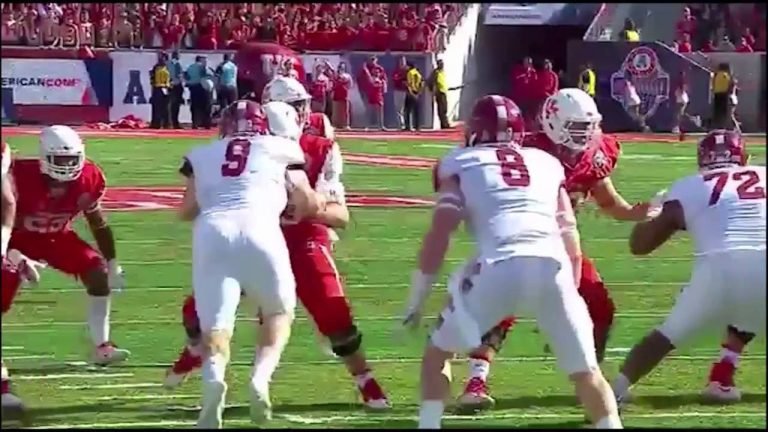 Clearly the Cardinals would have to beat the team mentioned above (Houston) to make the playoff, but that game isn’t until Nov. 17. The simple truth is that we’ll know long before then if the Cardinals are a true contender or not.

For Bobby’s Petrino’s club, they get thrown right into the meat of their schedule early with games against perennial ACC juggernauts Florida State and Clemson within the first five weeks of the season. The good news is that they get the Seminoles at home and played Clemson really tough last year, losing 20-17. Still though a lot to ask of any team to beat those two in a month’s time.

In terms of their talent, Louisville has enough to beat anyone on the schedule.

The Cardinals return 18 starters, including quarterback Lamar Jackson, All-ACC linebacker Keith Kelsey and safety Josh Harvey-Clemons. Their is no doubt this team will be a tough out for anybody. Can USC return to the glory days? Seems likely as USC returns talent all over the field, including running backs Ronald Jones and Justin Davis, as well as star wide receiver JuJu Smith-Schuster. Not to mention that the Trojans may have the best group of defensive backs in the country, led by everybody’s All-American Adoree Jackson.

The question now: Can USC somehow survive a daunting schedule that includes Alabama in an opener at Jerry’s World and 11 games against teams that made bowl games last year? Nobody plays a tougher schedule than the Trojans, but as talented as the are, you never know? 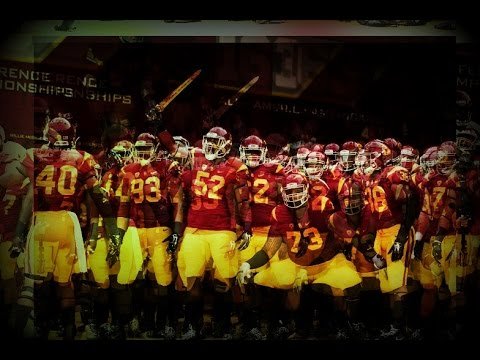 The best argument for Oklahoma State is that they return basically their whole team (17 starters) including quarterback Mason Rudolph and that the rest of the Big 12 except Oklahoma should take a step back from last year.

The question as always could come down to Bedlam, where a Big 12 title berth and playoff spot could be on the line. This is a team that every year it seems is in position to surprise people until the fizzle out down the stretch. This seems like the perfect year for them to finally end at the end of the season.

Oregon has won at least 10 games in seven out of the last eight seasons and just missed hitting the double-digit mark in 2015 with three losses by one score. Despite the departure of coordinator Scott Frost to UCF and a new quarterback taking over, the Ducks will have a high-powered offense once again. Running back Royce Freeman headlines a deep backfield, and there’s no shortage of playmakers at receiver. Shoring up the offensive line and deciding on a quarterback – FCS transfer Dakota Prukop or Travis Jonsen – are the biggest question marks for coach Mark Helfrich.

The addition of Brady Hoke as the defensive coordinator should help a unit that surrendered 37.5 points a game last year. While the Ducks have road trips to Utah, USC and Washington State in league play, Stanford and Washington have to visit Eugene. I think Hoke makes the Ducks defense instantly better and the run game makes this team a big time sleeper if the get solid QB play? USC might have more overall talent than UCLA, but coach Jim Mora’s team has a few significant advantages over their crosstown rival. The Bruins return the Pac-12’s most-talented quarterback (Josh Rosen), have a better coaching situation and feature a more favorable schedule. Rosen had a standout debut as a true freshman last fall and should be even better as a sophomore in 2016. The Bruins’ supporting cast is anchored by sophomore running back Soso Jamabo and standout left tackle Conor McDermott.

Stopping the run was a challenge for the defense last season, but there’s hope for improvement with eight starters back, and the return of Eddie Vanderdoes from injury. UCLA will have a chance to prove right away it belongs in the playoff conversation. The Bruins play at Texas A&M to start the 2016 season and also play at BYU and host Stanford in the month of September. But the schedule gets a little lighter after that stretch, with Utah and USC visiting Pasadena in the second half of the season. Look for Rosen to be a Heisman candidate early on and the Bruins to at least battle to the wire for a conference title.