The Grueling Truth - Where Legends Speak / 28 Days Until FSU Football: No. 28 Warrick Dunn Makes His Mark on FSU History

28 Days Until FSU Football: No. 28 Warrick Dunn Makes His Mark on FSU History

There are 28 days left until Florida State football starts the 2018 season. As part of the offseason, we’re highlighting players, games, and specific moments from FSU football history.

Today, it’s former running back Warrick Dunn, who wore No. 28 and made his mark on Florida State history.

Dunn arrived as a 5-foot-9, 165-pound back out of Baton Rouge, but that didn’t stop him from making an immediate impact. With momentum slipping in the regular season finale against Florida during Dunn’s freshman year of 1993, the shifty back from Louisiana made a play that will live in FSU lore.

FSU had watched its 27-7 lead slip to 27-21 as FSU faced 3rd-and-10. Eventual Heisman Trophy winner and quarterback Charlie Ward was flushed to his left when he found Dunn out of the backfield. Dunn was able to make multiple Florida defenders miss on his way down the left sideline for a 79-yard touchdown, which served as a knockout blow in the 33-21 victory.

Dunn’s 21-yard reception in the Orange Bowl to close that year would be followed by a personal foul and help set up Scott Bentley’s winning field goal as FSU topped Nebraska 18-16 to win its first national championship. Over the next three years, Dunn would rewrite the FSU record books. 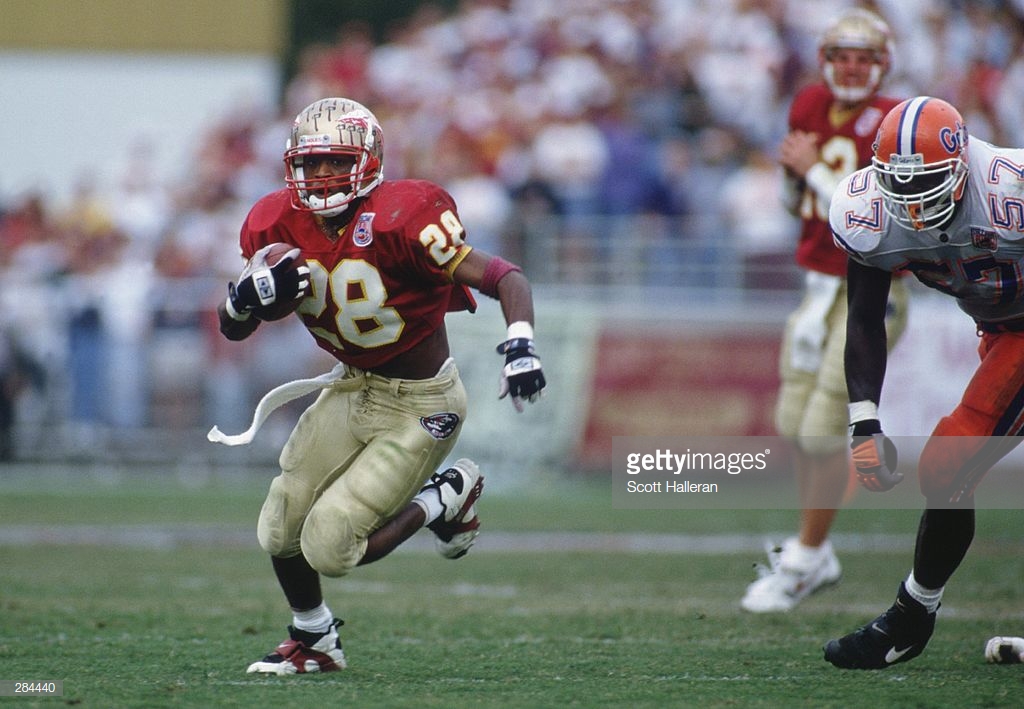 Warrick Dunn was a big part of FSU’s improbable comeback against Florida in 1994. (Scott Halleran/Getty Images)

With the ability to kill defenses as a rusher or receiver, Dunn eclipsed the 1,000-yard rushing mark in each of his final three seasons. Dunn left FSU after the 1996 season as the school’s all-time leading rusher with 3,959 yards on the ground and 1,314 more receiving. That rushing record would last for 20 years until Dalvin Cook shattered it in 2016. Dunn remains the FSU record holder for career touchdowns with 49 — 37 rushing and 12 receiving.

Dunn spent 12 years in the NFL with the Tampa Bay Buccaneers and Atlanta Falcons and was inducted into the FSU Hall of Fame in 2002. Dunn’s greatness however, extends beyond the football field.

As a teenager, Dunn received the heartbreaking news that his mother, Betty Smothers, an off-duty police officer, had been fatally shot down. From there, Dunn made it his mission to help single mothers like his own. Through his foundation, the Warrick Dunn Foundation, the former FSU and NFL running back has helped single mothers try achieve the dream that his mother was never able to — to own her home.

Through his nonprofit started in 1997, Dunn has helped more than 160 single mothers with down payments. How long Dunn’s touchdown record lasts at FSU is anyone’s guess, but his legacy — on and off the field — will live on for generations to come. 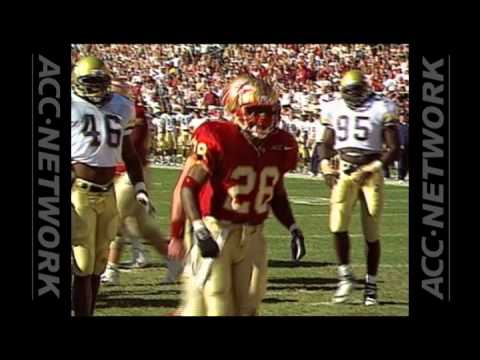 The NFC East is the weirdest division in football. It looked like ...