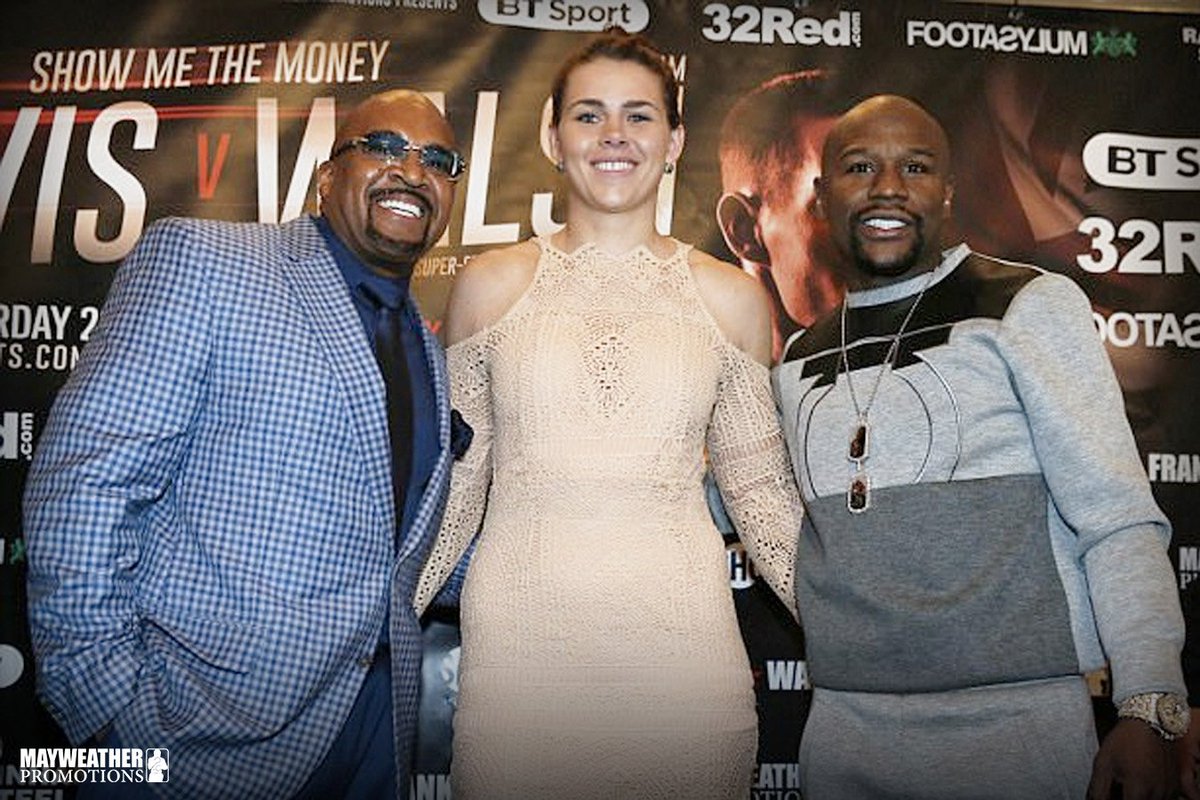 One of the theories offered to boost the popularity of women’s boxing is to create rivalries, preferably loud, vitriolic, and trash-talking. The trash talk seems unnecessary, but the need to create rivalries backed by colorful narratives is legitimate advice. And last week we saw one such rivalry emerging.

On May 18, Mayweather Promotions announced it has signed up former Team GB female boxer Savannah Marshall. To the American audience, Marshall is best known as the-only-girl-who-beat-Claressa-Shields. She is obviously more than that, but with her decision to join the pro ranks, the rematch of that fabled 2012 World Championships bout is on top of the boxing world agenda.

Marshall defeated Shields in the 2012 AIBA Women’s World Championships in Qinhuangdao, China and qualified for the London and Rio Olympics. Shields went on to win two Olympic gold medals. But back in 2012, the loss to Marshall rankled. Shields walked out of the ring after her defeat, skipping the congratulatory hug from Marshall, wrote Sarah Deming in her essay “The Real Million Dollar Baby”. Deming covered women’s boxing in 2012 and shadowed Team USA’s first female boxing team before and during the London Olympics. Shields apologized later on, after Marshall won the AIBA gold, thanking the British boxer “for helping me get into the Olympics,” Deming reported. Five years later, Marshall, now 25, and Shields, now 22, are back in each other’s orbit. Theirs could become one of boxing’s interesting rivalries, just the type of rivalry that could galvanize interest in women’s boxing.

Both are middleweights, the weight class that carry the most fanfare in women’s boxing in the way that heavyweights are the most glorified in men’s boxing. But beyond their weight division, the two women could not be any more different. In addition to the obvious physical contrast, Shields is outspoken and brash, her interviews and social media feed reflecting an outsized, aggressive personality that attract fans and trolls alike.

When news of Marshall signing up with Mayweather Promotions came out, Shields sent out this tweet:

In contrast, Marshall is legendary for her shyness, earning her the nickname The Silent Assassin. “Savannah was always quite a shy girl and the first couple of times I think she got changed in the boys toilet. Then she started turning up to training fully changed, noted her first trainer Tim Coulter in an interview in 2012.

Marshall’s mild personality was apparent in a post-announcement interview. “I didn’t know what to do, I didn’t know where to look,” she laughed when Mayweather Promotions CEO Leonard Ellerbe announced her signing and Floyd Mayweather Jr. came up to her to shake her hand.

Asked about a rematch with Shields, Marshall noted “We’re bound to cross paths sooner or later, its gonna happen. I’m the only loss she’s ever had. It’s gonna eat away at her until she gets her win,” she said with a smile.

Mayweather Jr. was effusive in his praise for Marshall. “She’s remarkable, she’s incredible. She deserves to be with us,” he said. “Shields, she’s a hell of a fighter. The girl we just signed she’s a hell of a fighter also. We don’t know what the future holds. We just want her to get there, get her active, get her busy. And hopefully she can become world champion someday.”

Marshall became the third female boxer signed up by Mayweather Promotions, following super welterweight Latondria Jones and welterweight Layla McCarter. As part of this promotional contract, she will be moving to Las Vegas in June.

“I like to fight,” exclaimed Hattie Stewart, whose portrait graced a full ...