Capper takes aim at the veteran

On the 17th March 2018, Wes Capper enters the biggest boxing contest of his career. His opponent will be the hugely experienced Sam Soliman, former IBF World Middleweight champion, who will be fighting out of his home city of Melbourne, Australia.

Boxing is a tough sport and not just in the ring. Navigating your way up the ranks can be a tough task, especially if you fight on the road. Capper has always been up for a battle, he is a former World kickboxing champion. He’s taken part in MMA, Muay Thai and Greco-Roman wrestling! He’s fought all over the World from Europe to Japan. If there’s a fight, he’s happy to take part.

In 2011, he turned his attention to boxing, winning nine bouts in a row. He was training himself and half those fights took place in the US. Wes would turn up at gyms and offer his services for sparring. Whether it be Los Angeles, Las Vegas or Floyd Mayweather’s gym–Wes was ready and willing to train and spar.

In his tenth fight, he suffered his first setback, a majority decision loss to American Tony Hirsch in Las Vegas. He then travelled to Salt Lake City, Utah and scored a win over Kenton Sippio Cook. His professional career has seen him box in Mexico where he scored three knockout wins. In 2016, he was back in his native country, but based on the west coast, in Perth–winning four fights on home soil. He’s won his last eight contests, which included winning the vacant Australian Middleweight title, by outpointing Wade Ryan over ten rounds.

From Penrith, New South Wales, Australia he is now training out of Lacey’s Gym, Currambine, Western Australia. Trained by one of the best coaches in Australia, Justin Lacey. His career is now guided by Anto Connolly and the fighter seems to have settled down. 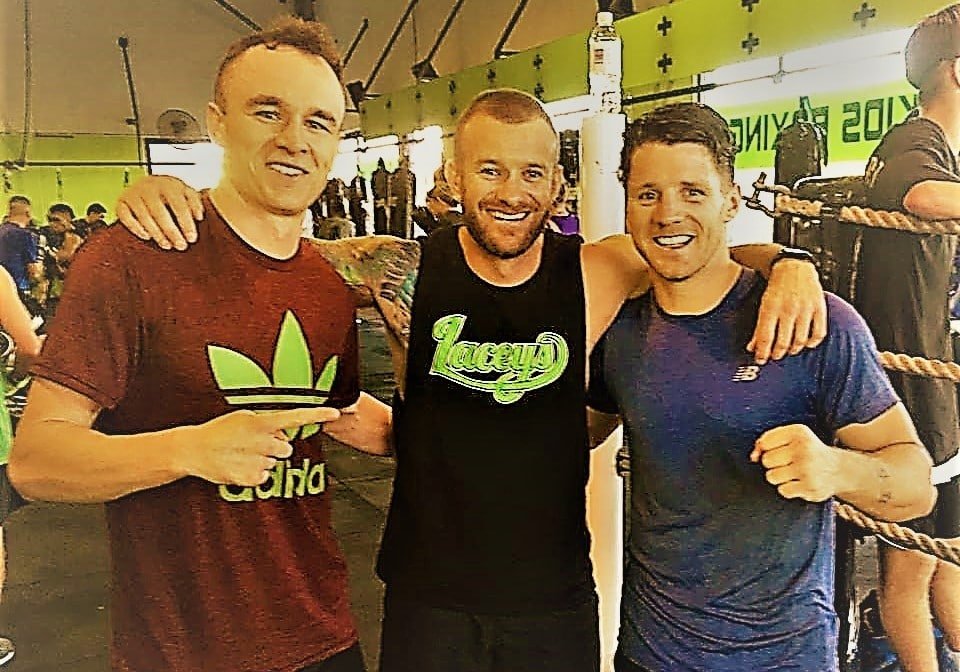 Wes Capper, 29, has a solid record of 19-2, 12 KOs and it’s been a far-travelled journey to get to this point. The heavily tattooed, orthodox boxer, can box or brawl and fight out of either stance. Next is the fight with Sam Soliman, for the vacant IBF International Middleweight title. The belt comes with an automatic World ranking. A chance for Wes to gatecrash the ratings and for Sam to get back to winning his old World title.

His manager, Anto Connolly had this to say, “More times than not this sport is about the right fights, at the right time. Few would argue against it being the right time to face Sam. It’s a fight that we looked for.

“That being said, Wes is under no illusion as to the step up he faces, and what he needs to do in order to overcome Sam come March 17th.

“Wes will be ready and a win here will hopefully set him up for some big fights.”

At The Melbourne Pavilion, Flemington, Australia we’ll get a match-up between the gritty, tough Wes Capper and the tricky veteran Sam Soliman (45-14, 19 KOs). Sam has fought the likes of Winky Wright, Anthony Mundine, Sakio Bika, Les Sherrington and Giovanni Lorenzo. He’s fought several times in the US, Europe and Japan. He’s undoubtedly fought the better competition.

Sam Soliman, 44, has been a professional since 1997. He is a hugely experienced operator. A durable, orthodox boxer known for being tricky and able to spoil his opponent’s rhythm. He’s held titles at every level: Australian, OPBF, Commonwealth and the IBF World title. It was in 2014, that he went to Germany to dethrone defending IBF champion Felix Sturm on points, he lost his World title in his next fight to American Jermain Taylor. It seemed that age, and long career, was finally catching up, as Sam lost another two in 2016, including a crushing second-round stoppage to Russian sensation Sergiy Derevyanchenko. The veteran had one fight in 2017, a stoppage over journeyman Balazs Horvath.

All fighters fade, and we will see if the determination of Wes Capper, can end the career of this Australian boxing Great. Sam Soliman has upset the odds many times, he’s a man never to be written off. Capper and his team will have a plan and it’ll be up to the fighter to execute it. One thing’s for sure, it’s a fight not to be missed.

The Grueling Truth Presents: Interview with Justin “The Just” Etheridge

As a die-hard boxing fan, I’ve always had a love/hate relationship with ...