The contest was originally slated to be at 140 pounds, was then moved to 142, and then moved again because an alleged sickness in training camp rendered Broner unable to boil down. The Cincinnati-native, holding all the bargaining chips, renegotiated for a 147-pound cap.

Whether this is good or bad will be determined in the ring, but the clear odds-on favorite will continue to be Broner, and by a sizable margin. As of now Broner is at -290; Granados is +245.

If Broner wishes to quell the naysaying and get back to the boxing spotlight, he must put on a worthy performance. He hasn’t excited fans in a while now, but many still hold out hope that a sort of resurgence is around the corner. But if ten-month layoffs, run-ins with the law and the like are the menu, we will pass. If we instead get the more aggressive and confident Broner that nearly topped the lightweight class, we will have a second helping. 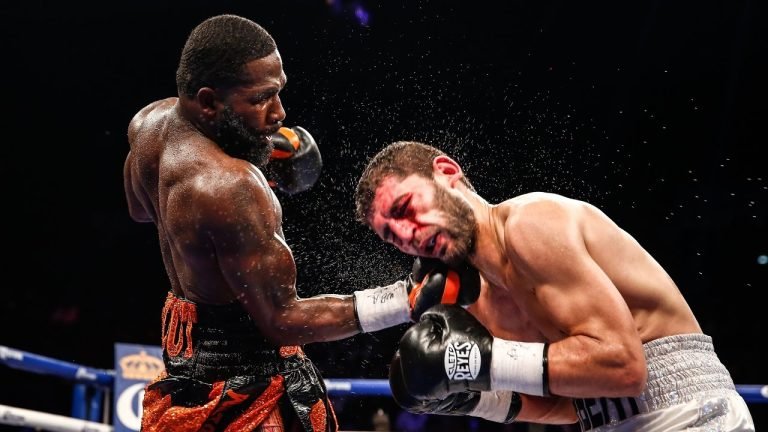 On the undercard is a Russian coming off a hard-fought decision over long-faded Shane Mosley, David Avanesyan (22-1-1, 11 KO’s). He will be squaring off with former Grueling Truth guest and world class operator, Lamont Peterson (34-3-1, 17 KO’s). The 12-round bout will put the winner directly in line for a shot at the winner of Keith Thurman versus Danny Garcia. Peterson, of course, relishes in the idea, especially if Garcia earns the victory. Many observers thought Peterson did enough to take home a scorecard win over Garcia when they tangled back in 2015.

The heavily-bearded Peterson will be the favorite going in, and rightfully so. His competition level has been higher and he has shown that he can match wits with many of the best.

Other fights include: Marcus Browne vs. Thomas Williams, an exciting match-up between two skilled, young light-heavyweights; Tevin Farmer vs. TBA, a showcase and stay-busy bout for the southpaw slickster; and, on a separate card the night before, the never-say-die former phenom, Roy Jones Jr. (64-9, 46 KO’s), is pairing up against World Bare Knuckle Boxing champion, Bobby Gunn (21-6-1, 18 KO’s). The Jones Jr. vs. Gunn match is scheduled for 12.

These former middleweights from the 90’s and early 2000’s just don’t know when to hang them up.

Prospect watch this week: Esquiva Falcao (16-0, 12 KO’s), a Brazilian silver medalist at the 2012 Summer Games and a bronze medalist at the 2011 World Championships, fights a Costa Rican journeyman in Jaime Barboza (19-10, 9 KO’s) on UniMas.

Check out The Grueling Truth’s Inside Boxing weekly show as we preview all of this weekend’s fights.