A night of Olympians

This weekend is a busy one, with significant cards in the United Kingdom and the United States. The featured attraction, of course, is the highly-touted Vasyl Lomachenko’s (7-1, 5 KO’s) 12-round contest with New Jersey-native, Jason Sosa (21-4, 15 KO’s), at the MGM National Harbor in Oxon Hill, Maryland.

There is good reason the odds-makers have it so wide. Lomachenko, the former two-time gold medalist and now two-division professional standout, has shown awe-inspiring ability in a short pro career. In fact, you would be hard-pressed to find a boxer with a resume as good as his through eight fights, and one who was already a mainstay on pound-for-pound lists.

Sosa is a rough and tumble fighter. He has mixed it up with Nicholas Walters (though it shouldn’t have been a draw and Lomachenko made easy work of the Jamaican) and beaten Javier Fortuna and Stephen Smith in his most recent outings. He has shown progression along the way, too, developing some nuances to his game that didn’t exist a few years prior.

Will it be enough? Probably not, but the outcome won’t do much to hurt Sosa’s standing. Lomachenko is likely to leave the division soon to grab a belt and with brawlers making up many of the top spots, Sosa’s chances for a trinket grab look a bit brighter. 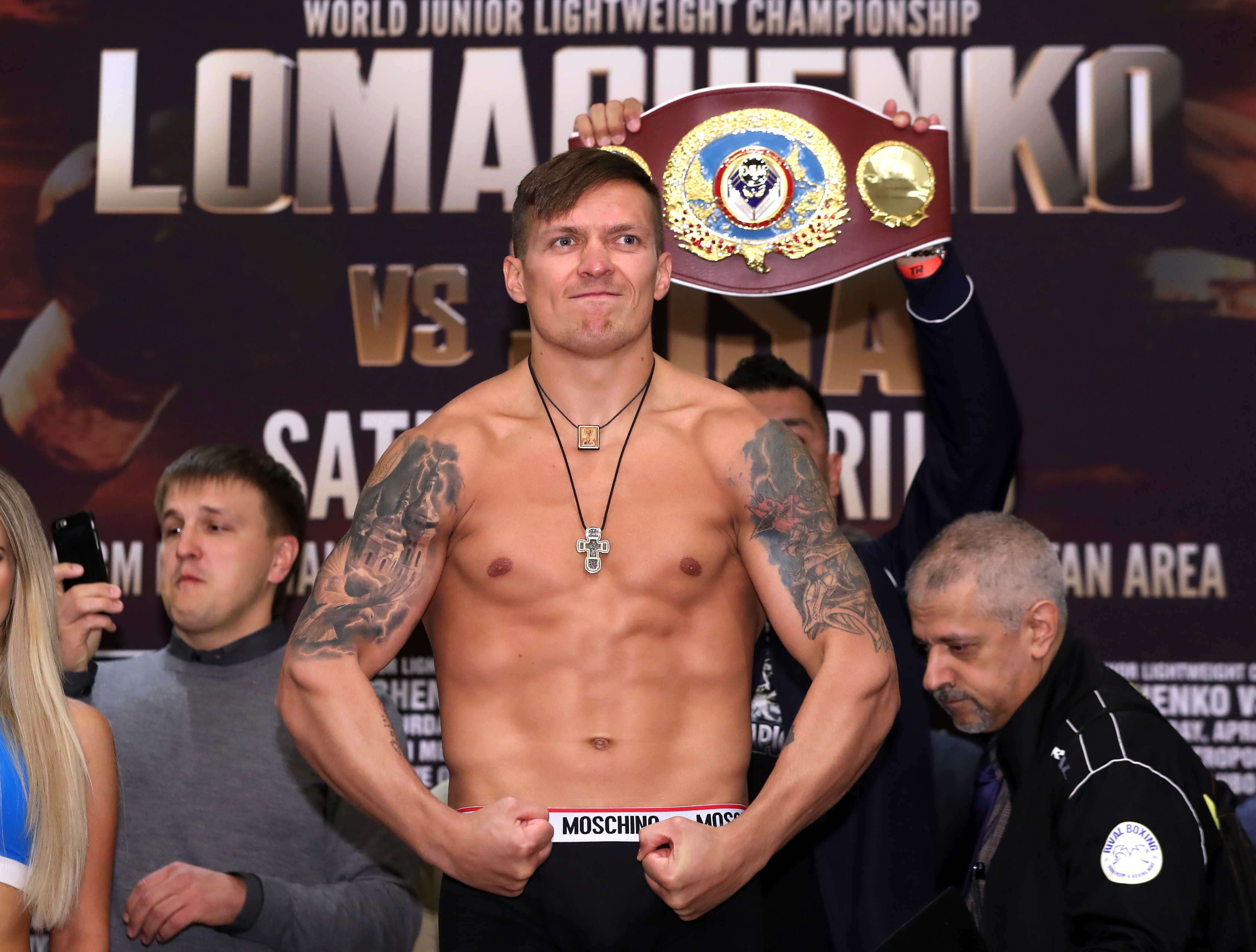 Good friend and former Olympic teammate of Lomachenko’s, Oleksandr Usyk (11-0, 10 KO’s), will be topping the undercard against one of the U.S.’s best young guns in Michael Hunter (12-0, 8 KO’s).

Hunter is one of a number on this card that tried his hand(s) in the Summer Games. He didn’t make it far, being eliminated in short order by Artur Beterbiev, but that’s not bad considering America’s continued poor performances.

Usyk, however, was a gold medalist and appears too seasoned and skilled for Hunter. 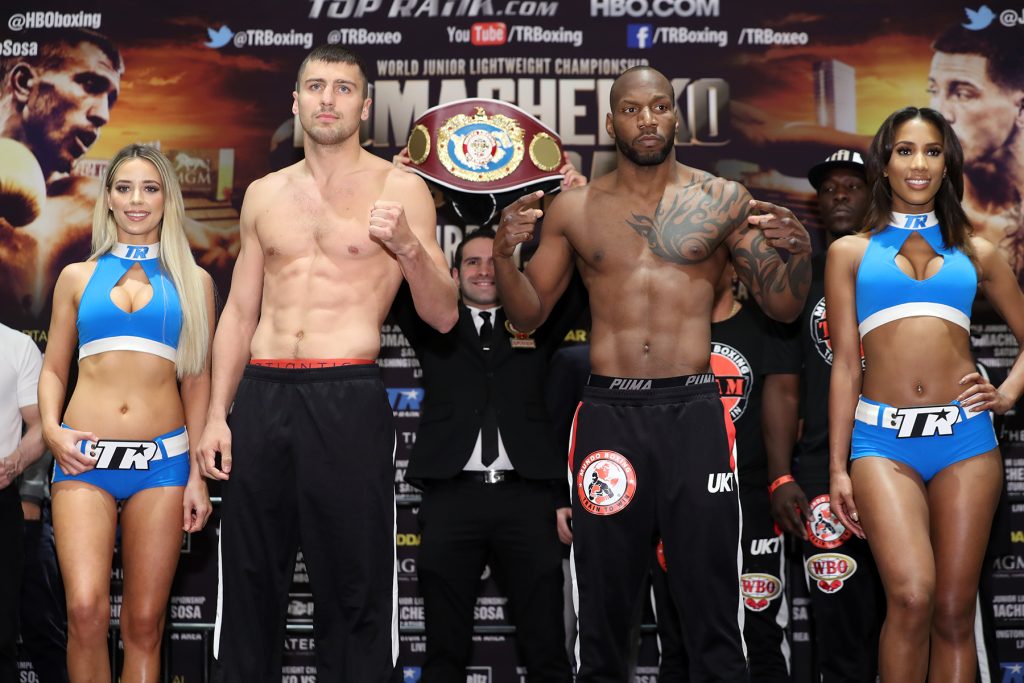 Before that we will witness an interesting light-heavyweight showdown between yet another Ukrainian and former medal-wearer, Oleksandr Gvozdyk (12-0, 10 KO’s), and a hard-punching Cuban, Yunieski Gonzalez (18-2, 14 KO’s).

Gonzalez arguably beat Jean Pascal and fought tit-for-tat with Vyacheslav Shabranskyy, losing by a mere majority decision. So it’s no secret he has the fistic wherewithal to compete with several of the division’s best. This bout should provide us with answers for both men. 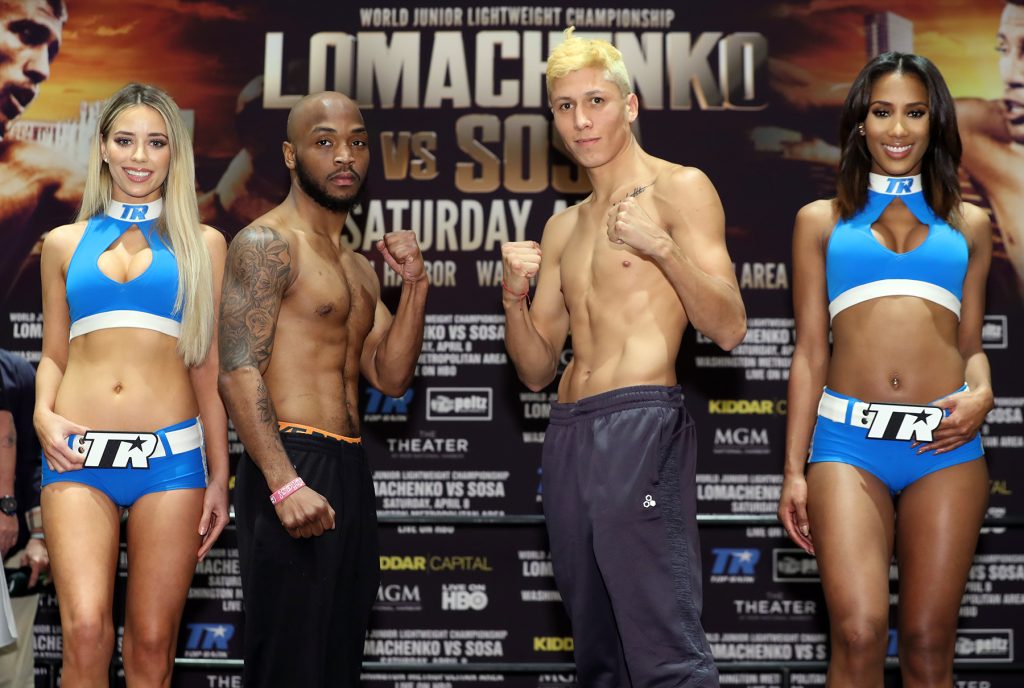 Nicola Adams (debut), the back-to-back gold medalist in the flyweight division, steps onto the pro scene against Virginia Noemi Carcamo (4-2-1). 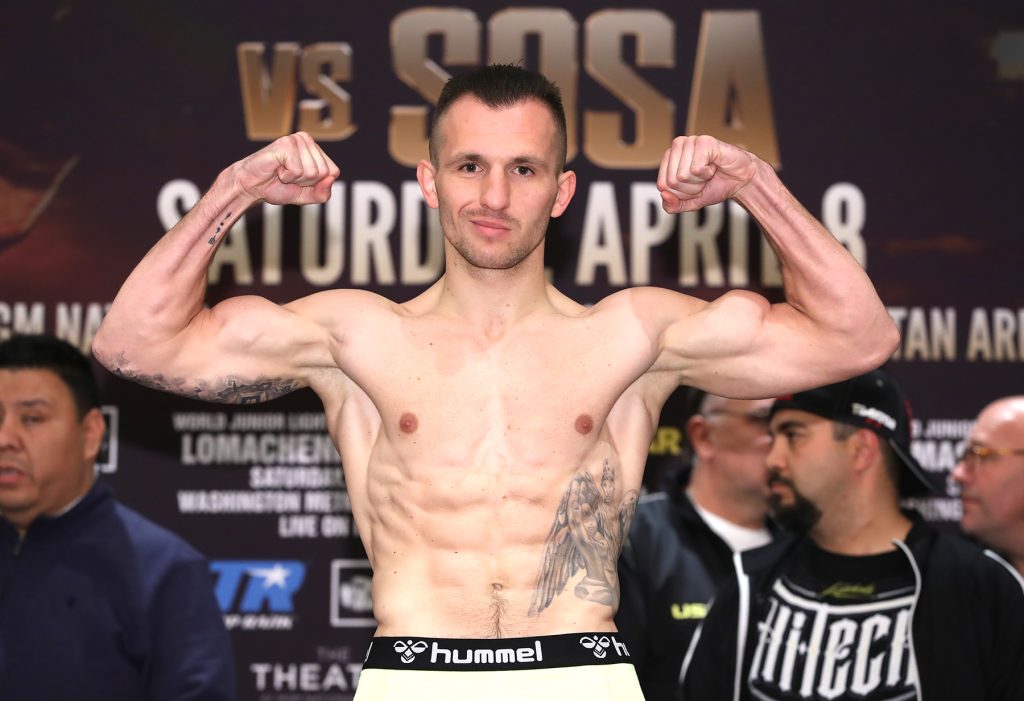 It looks as if I am repeating myself with so many former Olympians participating, but Egidijus Kavaliauskas (15-0, 12 KO’s) is yet another one. Training out of Robert Garcia’s renowned boxing club, Kavaliauskas has looked like one of the more intimidating welterweight prospects, showing big power, quick hands, and crisp combinations.

Previous article
« Raider Life Podcast: Guest #4 Derek Carr Talks about his recovery
Next article
5 Cinderella’s to Look out for During the 2017 NCAA Football Season »

Mike Tyson: Myth or Legend? I hear a lot of younger people ...

The big plan for the Canelo show lately has been facing the ...

Most boxing fans who look into the history of the sport know ...

Get your Free Bet now!
Latest News
12 Grueling Truth’s we learned during Wildcard Weekend
Click below to find the top sites to ...
The 1969 Kansas City Chiefs: History’s most overlooked team
The 1969 Kansas City Chiefs are probably the ...
Alex Ramos: The epitome of a fighter
I have wanted to write an article about ...
Ty’s Take on the First Bengals Playoff Game
The Cincinnati Bengals defeated the Las Vegas Raiders ...
The Top 13 NFL Wide Receivers of the 1970s
13) Mel Gray Mel Gray and Issac Curtis ...
Betting Tips
Betting Tip: Phoenix Suns vs Golden State Warriors
Tip:
Over/Under
Odd:
1.29
Current Bonus:
100% up to $500