After a layoff due to injury, Deontay “The Bronze Bomber” Wilder (37-0, 36 KO’s) is getting back into the groove of things with a bout against former football player, Gerald “El Gallo Negro” Washington (18-0-1, 12 KO’s). Wilder was initially slated to face Polish fighter, Andrzej Wawrzyk, but Wawrzyk was scrapped due to a positive drug test.

Washington offered his services up regardless of the training restraints and is an interesting, albeit clear underdog here, with the odds-makers keeping the line at +760 for him and -1600 for Wilder.

Wilder, of course, should be the man most put their money on. Not because he holds some trinket given to him by some alphabet soup organization, but because he has looked better, plain and simple. Washington, though he had two solid showings in his last two outings against two long-faded guys in Eddie Chambers and Ray Austin, struggled mightily with Amir Mansour in a fight that could have gone either way. Mansour is a fringe contender at best. Wilder is lacking name recognition himself, but to his credit he has largely stopped those on the outskirts of Title Town and managed a clear decision against the only bona fide top-10 man he has entered the ring against—that being Bermane Stiverne.

Washington may well prove to be a better opponent than the original, and that’s a plus, but no matter what happens here, we will all yearn for a high-quality step up afterwards.

The undercard is a looker. Tony Harrison (24-1, 20 KO’s) vs. Jarrett Hurd (19-0, 13 KO’s) acts as the big one before the big one, and it may prove better than the main event. Both are hungry youngsters, with Harrison holding the experience and the Kronk pedigree and Hurd possessing the better ability.

Dominic Breazeale (17-1, 15 KO’s) vs. Izuagbe Ugonoh (17-0, 14 KO’s) will show us if the former American Olympian has anything else to offer up, or it may be a breakthrough moment for the Nigerian/Polish/American. Ugonoh has received ample hype in European circles, but no one has seen him on this level.

Also worth looking out for is two-time silver medalist (one in the World Amateur Championships; one in the Olympics), Tugstsogt Nyambayar (7-0, 7 KO’s). He hails from Mongolia and has the technical aggression that is indicative of fighters from former Soviet nations. Jhon Gemino (15-7-1, 7 KO’s) is a likely victim. 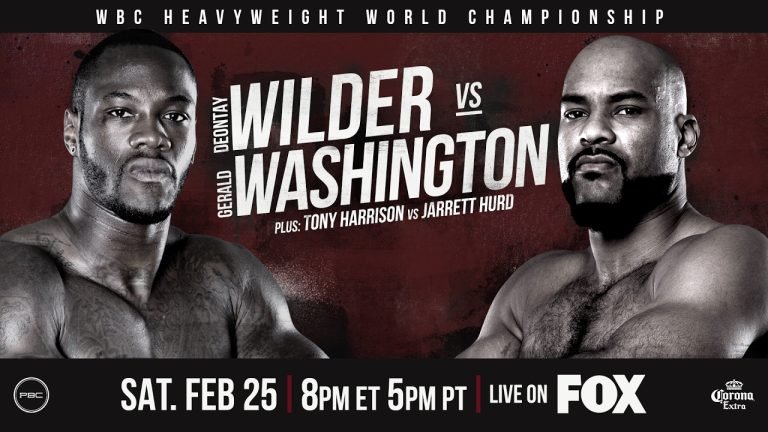