Okay, I know what your thinking; why would you pick the heavyweights of the 1980s to rank? This is the era I grew up in. Sure, they were not always the most action-packed fights, but you did have two all-time greats dominate the division, and you had many fighters with unreal talent. Guys like Tony Tubbs, Gerry Cooney, Greg Page, and Tim Witherspoon, who, for whatever reason, fell well short of being all-time greats. Almost all of these guys’ problems were in their head. Not all, but most. So let’s take a look at the top heavyweights of the 1980s. Check out our top boxing betting tips.

Page was ultra-talented and being from Louisville, Kentucky with fast hands and feet, he had people hyping him as the next Ali. Page had wins over Alfredo Evangelista, Jimmy Young, who was well past his prime, Quick Tillis, Renaldo Snipes, and Gerrie Coetzee. His losses were many and his ability to take a punch in the long haul ended up being a bad thing for his health. 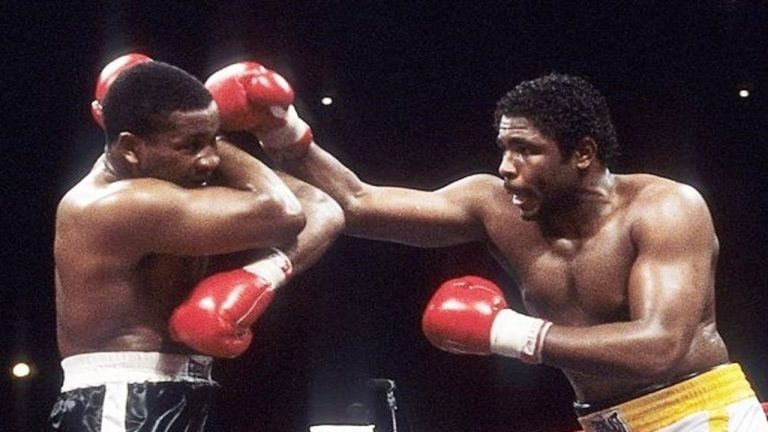 Berbick is known for flopping around on the canvas against Mike Tyson, which I think was a little past his prime. John Tate, Greg Page, David Bey, Pinklon Thomas, and an over-the-hill Muhammad Ali all fell to Berbick during the 1980s. For half of the decade, he was a legitimate contender and was an alphabet champ for a short period of time. He has the distinction of being the only man to be in the ring with Ali, Holmes, and Tyson. Berbick was a solid, rugged fighter who always came to fight. The best bookmakers have now adjusted their odds for the Tyson Fury fight against Dillian Whyte! 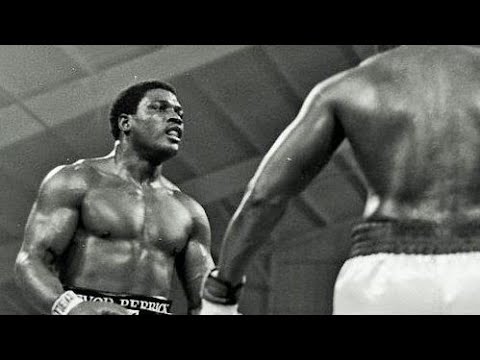 In the late 80’s Holyfield was in his formative years as a heavyweight after moving up from the cruiserweight division. Holyfield had wins over Quick Tillis, Pinklon Thomas, Michael Dokes, Adilson Rodriguez, and Alex Stewart. Sure Tillis and Thomas had seen better days, but his wins over Dokes and Stewart were epic battles that everybody remembers. 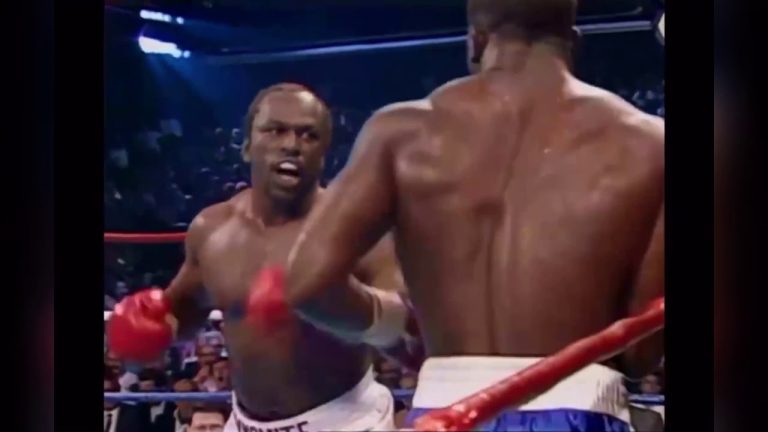 Spinks was one of the greatest light heavyweights of all-time. He moved up in 1985 to challenge Larry Holmes for the heavyweight title and won a close decision. He got the decision in the rematch versus Holmes in 1986. I do not think he won the fight, but the judges did. He then beat an inactive Gerry Cooney by a brutal 5th round knockout. 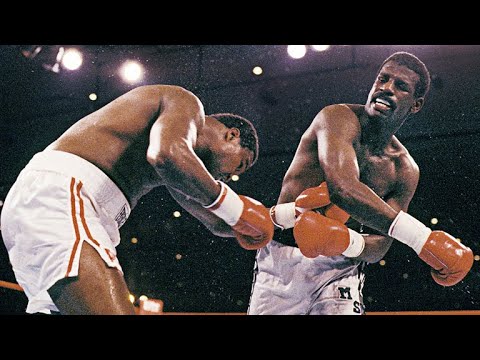 Coetzee was one of the hardest punchers in the division in the 1980s. He really burst on the scene with a devastating first-round knockout of Leon Spinks. Coetzee also had wins over Michael Dokes, Quick Tillis and a draw with Pinklon Thomas. He came out on the wrong end of most of his biggest fights. Mike Weaver, Renaldo Snipes, Frank Bruno, and Greg Page all were victorious against the South African. His loss to Snipes was one of the worst decisions of the decade. If you are looking at finding a new bookmakers site to bet on the fights check this link out! 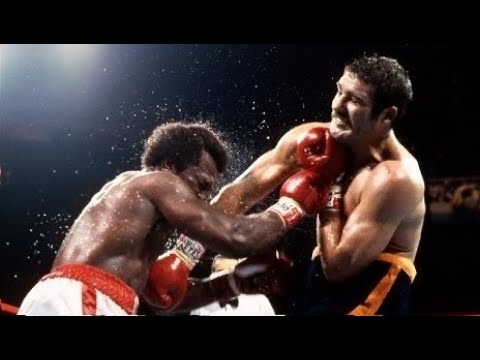 Michael Dokes vs Gerrie Coetzee – Highlights (Upset of the YEAR)

Thomas had the talent to be at the top of this list, but drugs have a way of ruining a fighter. His 1983 draw with Coetzee is when he first burst on the scene. He followed that up with big wins over Tim Witherspoon and Mike Weaver. Following the Weaver win, he never had another major victory losing to Tyson, Holyfield, and Trevor Berbick. 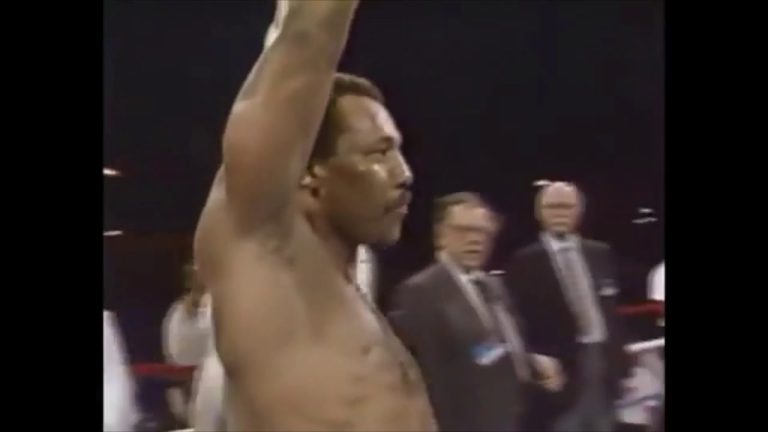 Witherspoon in only his 18th pro fight lost a close decision to Larry Holmes. From there, a lot of the damage done to Witherspoon was by promoter Don King. Witherspoon had wins over Quick Tillis, Renaldo Snipes, Greg Page, Frank Bruno, and Tony Tubbs. 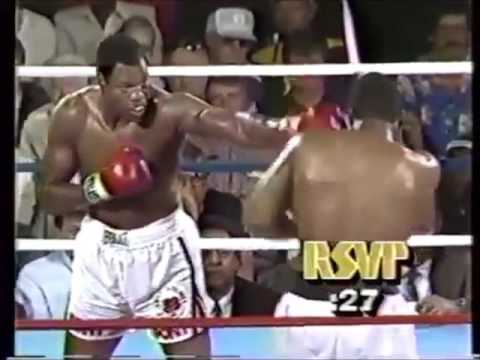 Hercules, as he was called, was one of the biggest punchers in heavyweight history. He sustained multiple losses early in his career. People began to take notice in 1979 when he got a surprise title shot against Larry Holmes. Weaver-Holmes was a war, and Weaver came within a couple seconds of knocking Holmes out before losing by a late technical knockout. Weaver opened the decade of the ’80s with a 15th round stoppage over John Tate to win the WBA title. He followed that up with a 13th round kayo over Gerrie Coetzee. Weaver also knocked out Carl Williams in 2 rounds and fought to a draw against Dokes. Tyson was a whirlwind when he came on the scene in the mid-80s, destroying everything in his path. Tyson’s victims included: Trevor Berbick, Bonecrusher Smith, Tony Tucker, Pinklon Thomas, Tyrell Biggs, Larry Holmes, Tony Tubbs, Michael Spinks, Frank Bruno and Carl Williams. Now, while it is true that a few of these fighters were no longer in their prime, Tyson still beat an impressive list of fighters. Check out the top boxing odds. 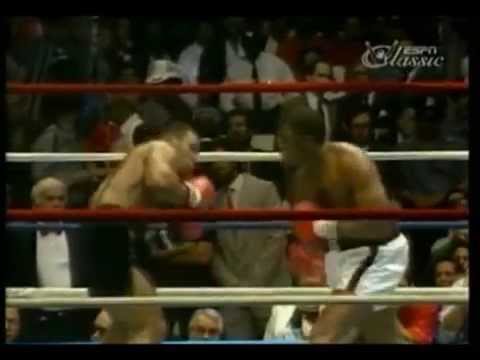 Trevor Berbick, Gerry Cooney, Renaldo Snipes, Tim Witherspoon, Bonecrusher Smith, and Carl Williams, all fell victim to Larry Holmes in the early part of the decade. Holmes probably peaked in 1982 with the win over Cooney. I rank him ahead of Tyson because I think he was a technically superior fighter. His competition, I think, was slightly better as he beat a younger and better version of Berbick. The same goes for his wins over Williams and Bonecrusher Smith. If you have Tyson top overall I will not argue with you because they were both legends, and between the two fighters, they dominated the decade of the 1980s. 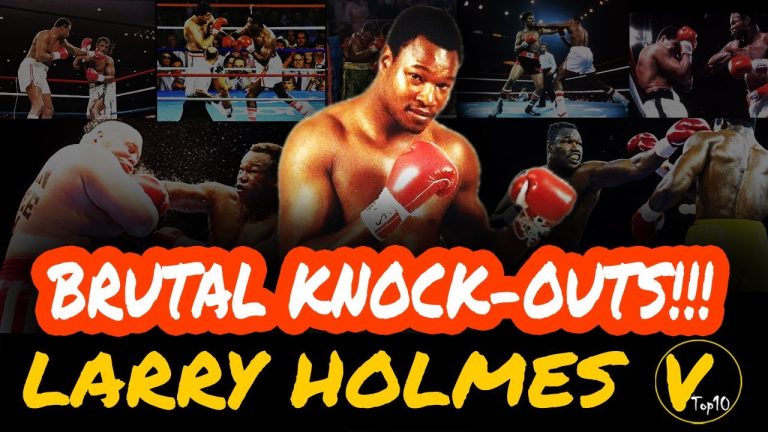 Previous article
« Stake.us: What are Gold Coins and how to earn them? December 2022
Next article
Mattress Mack receives $30 million payout from Caesars Sportsbook »

Folks, there is no great milestone imperative here, but in a month ...

The biggest heavyweight championship fight since 1971 was Larry Holmes against Gerry ...