“A.J.” combined a lighter frame with better movement and a more efficient jab, connecting on a 40% clip with that punch, compared to 26% in the first match. His overall accuracy was improved, as well, taking a leap of 9% (38% versus 29%). Supplementing Joshua’s case further, the Brit held statistical advantages in nearly every punch landed category—jabs, crosses, lead hooks, and uppercuts.

While Ruiz’s shot placement was on equal terms with the first go-round (36% for both), his work rate was slashed by 10 punches per round (23.6 against 33.6) and his connects went from an average of 12.1 to 8.4. Jabs and rear hooks constituted a majority of the Mexican-American’s work, accounting for 81 of his 101 shots landed. The latter stat was comprised almost entirely during clinches, highlighting Ruiz’s ineffectiveness from mid-to-long range. 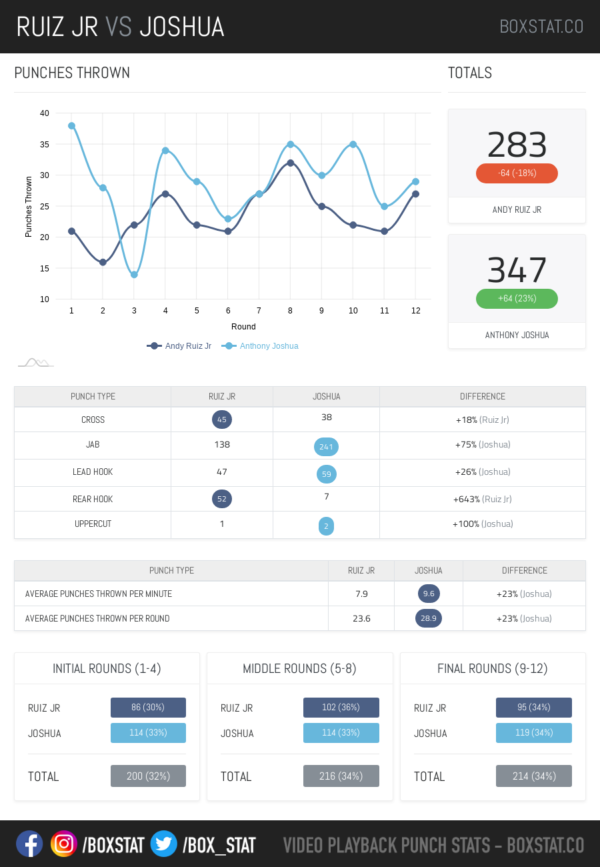 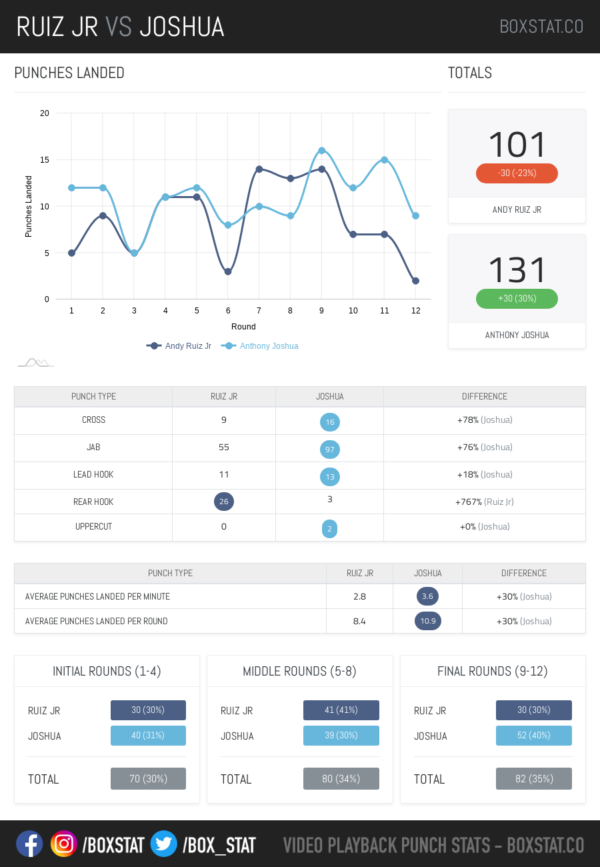 Joshua’s triumph puts him squarely in the mix of things once again, now being ranked #3 in the world. We shouldn’t expect the biggest fight available for the outset, however, as Kubrat Pulev has been waiting his turn for awhile and alphabet organizations sometimes make you honor your commitment. Expect that to be made early next year. If he emerges from that with a win, let’s hope the Tyson Fury-Deontay rematch winner is set squarely in his sights so we don’t have to bother with any more hiccups.

Ruiz called for a trilogy in the aftermath, though many aren’t clamoring for it after he showed up in poorer shape than the first, despite having a full training camp this time. He will provide quality opposition for others but his results may prove a mixed bag if he can’t keep his weight under control. History shows that he hasn’t but it’s worth keeping an eye on him no matter where he goes.

Get your Free Bet now!
Latest News
Most Popular New Yorker Teams to Bet on – Top Teams & Markets
Who are the most popular teams from New ...
Is WynnBET Legal in New York?
Everyone knows that WynnBET is one of the ...
Is PointsBet Legal in New York?
So is PointsBet legal in New York? Good ...
Who Was Better: Babe Ruth or Barry Bonds
Both of these players’ records and careers can ...
Why the Baseball Hall of Fame has become a joke
6The old saying is can you tell the ...
Betting Tips
Betting Tip: Phoenix Suns vs Golden State Warriors
Tip:
Over/Under
Odd:
1.29
Current Bonus:
100% up to $500