Many saw this as a closely contested, albeit a less than exciting affair.

A more aggressive Hughie Fury (23-2, 13 KOs) was promised to us, but what we got was the typical timid version who looked all out if answers when the jab was repeatedly taken away from him. The wily but now 40-year-old veteran Alexander Povetkin (35-2, 24 KOs) used savvy defensive measures to nullify Fury’s strength, slipping, parrying, and ducking throughout.

The numbers indicate that Fury relied heavily on the left hand (71%), with 61% of all punches being the jab alone. Only 95 total connects were registered, nearly half of which (47%) were landed via the same punch.

Therein lays the pivotal statistical distinction for the whole fight, and what likely played on what the judges saw: Povetkin managed a mere single shot more (96), yet 73% were power punches. When you combine that with the fact that the former Olympic gold medalist is the harder hitter and the tougher of the two, it’s not difficult to see why he was awarded the decision. 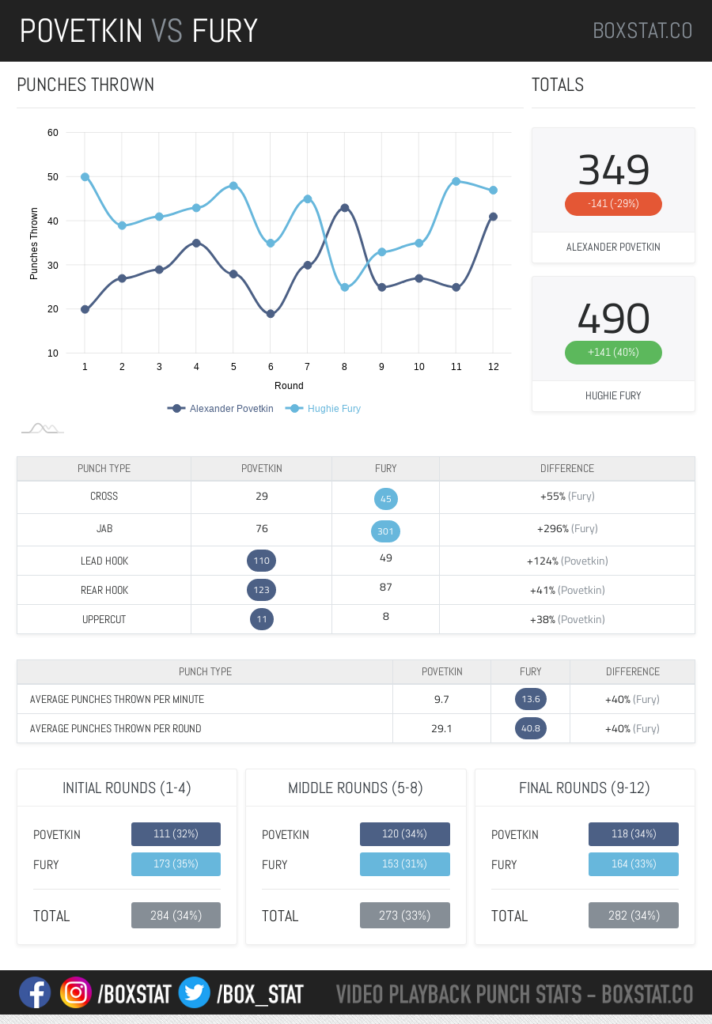 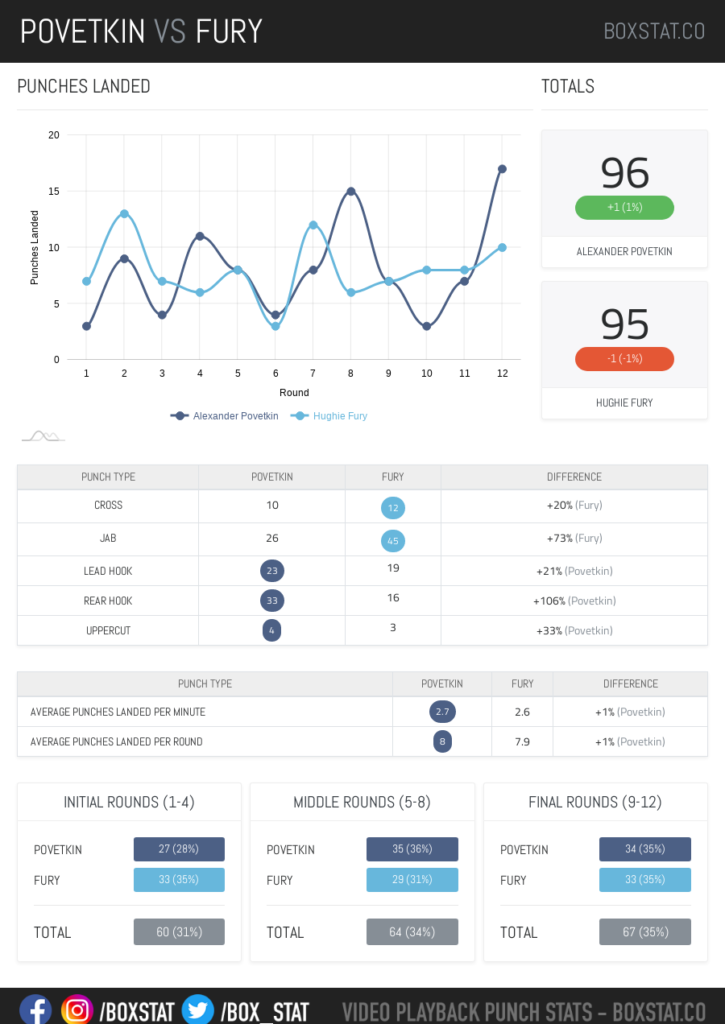 Although the Russian is many years past his peak, it bares noting that his career is underrated in many ways. Once 2020 arrives, he will have been ranked in the heavyweight top-10 for 12 out of the last 13 years–9 of those inside the top-5. No one is going to mistake him for a legend, but few manage that kind of longevity.

What comes next is hard to say, seeing as there is gray area surrounding the top rung of the ladder. Is anyone sure what happens after the Fury-Wilder-Joshua-Ruiz round table is settled, or how long it may take? Maybe Hearn will have Povetkin face Ortiz if he loses. It makes sense and it wouldn’t be their first fight. Alexander beat him decisively in the amateurs.

All we can bet on is that he attracts at least one large purse before he hangs it up.