The Grueling Truth - Where Legends Speak / R.I.P. Muhammad Ali the Greatest of All-Time

With the passing of the most known sports figure in history, it seems like a good time to look back at why he was the greatest. Ali transcended sports and everybody knew who the man was and what he stood for because he was not afraid to tell you where he stood on anything. He stood up against the United States government and refused to be inducted into the draft. In hindsight he was right, and even though it cost him money and some fans he stood by his convictions.

I was born in the late 60’s and grew up in the 70’s, for a young boy who grew up in the 70’s  three men stood out as iconic figures Ali, Elvis and Evel Knievel. Elvis and Knievel were entertainers, Ali was much more than that. Ali touched so many lives, sure a lot of people thought he was just a mouth and as soon as somebody stood up to him he would lose. They were wrong! The tougher things got the tougher Ali got, his three fights with Frazier showed what kind of man he was. Ken Norton broke Ali’s jaw and beats him, whats Ali do? He comes back and beats Norton. Then the invincible Foreman in Zaire, nobody gave him a chance, but in the end as usual Ali stood with his arms raised.

Sure he fought too long and took too many beatings, but it was who he was. He was a fighter in every sense of the word. In 1980 he fought a prime Larry Holmes and had people convinced he could win, he couldn’t. Even then while taking a hellacious beating Ali was still standing at the end of the fight.

In honor of Ali what follows are what I believe were his top 10 performances.

Spinks had beaten Ali rather easily 6 months before, in the rematch Spinks looked like a little boy trying to beat a grown man. The fight doesn’t seem like as great of an accomplishment as it did at the time because of the way Spinks career ended up, but it was a magical September night in the Superdome.

Tough fight for an older Ali, Shavers was one of the biggest punchers in Heavyweight history. Ali was hurt by Shavers several times during the fight, but gutted out a tough 15 round decision.

To comeback after 3 years off and beat Jerry Quarry as easy as he did was impressive. Quarry was one of the toughest men to ever put on a pair of boxing gloves. 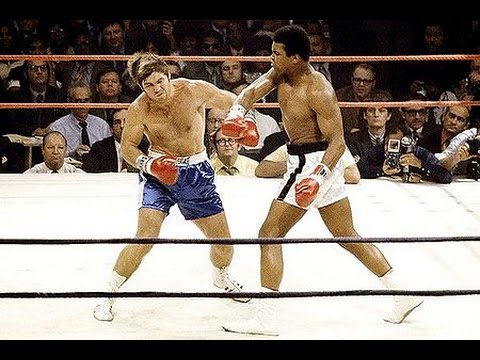 How could Ali’s 5th best performance be a loss? I believe this title fight was one of the most skillful fights ever fought at any weight class. The speed of the two fighters that March night at the Garden was blinding, and the determination of these two men was awe-inspiring. 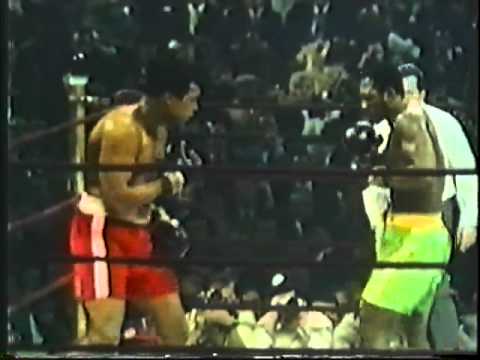 The “Thrilla in Manila” was the most brutal fight in heavyweight boxing history. Eddie Futch stopped the fight before the 15th round over Frazier’s protest. These three fights were so epic that one hundred years from now whenever you hear either fighter’s name, you will think of the other also. Ali was never faster or more deadly, sure Williams was past his prime, but Ali’s speed that night will never be duplicated by any other heavyweight.

Sonny Liston was a 7-1 favorite and seemed invincible, Ali’s antics at the pre-fight weigh in led some to believe Ali was afraid. He wasn’t!

“The Rumble in the Jungle” was supposed to be the end of the line for Ali. Foreman had destroyed Frazier and Norton each in two rounds. Ali employed his “Rope a dope” and wore Foreman down, then in the 8th round he unleashed a combination sending Foreman to the canvas to be counted out. 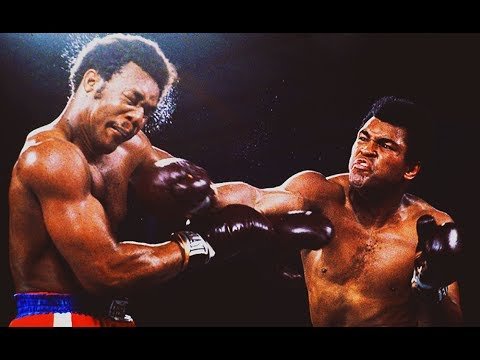 Muhammad Ali vs George Foreman – Highlights (RUMBLE in the Jungle)

Superman vs. Muhammad Ali: How the Heavyweight Champ and the Man of Steel Saved the World in 1978

Training The Mego toy corporation, arguably best known for its line of ...

“Pretend you’re having a championship fight. Squeeze the trigger to make them ...