The Grueling Truth - Where Legends Speak / Boxing / Listen Up: Without Peer, the One and the Only, Archie Moore

Listen Up: Without Peer, the One and the Only, Archie Moore

First off, a disclaimer needs to be noted. I have always liked Archie Moore before ever consciously thinking about what he meant to boxing.

It came about naturally just as the sun comes up in the east and sets in the west.

I mean, what was there not to like about this smiling, affable, congenial, just about every friendly descriptor that could be applied to him, up to and including beaming man. Yes, Archie Moore, as often as not, was literally emitting good vibes, happiness, confidence, etc. and shining them to every corner of the earth.

“Now, hold on right there podnah,” I can hear you saying, “how old are you, and this Moore fella, was he a saint who boxed or what?” 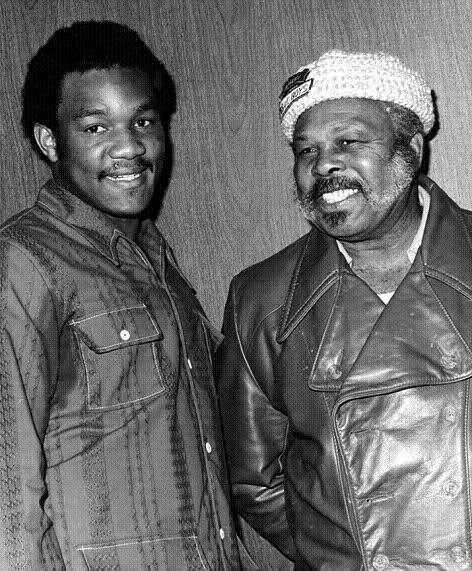 The student and the teacher

Well, I tell you that The Ol’ Mongoose proved that age was irrelevant, and yes, Archie could be said to be a saint who boxed, a wise sage who boxed, a desperately hungry man who boxed, an assassin who boxed, a grandfather, father, husband, and uncle who boxed. He was all these descriptors and more.

“Oh, come on,” you say, “You’re just gonna launch into another the good ol’ days being better than now. Today’s boxers are better trained and better athletes and this ol’ git would be lucky to be ranked.”

How about I recount to you a familiar story, the story of Bernard Hopkins who has often compared himself to Archie Moore? How many fights has he won after turning 40, and how many of your modern ABC belts were on the line?

Hang on before you scurry off, let me save you the trouble, podnah.

Hopkins’ post-40 career record is 10-5-1-1, 0 KO and 7-5-1-1 in “title” bouts that generously include the light heavy Ring title he fought for 3x. He fought from middleweight to light heavyweight.

Yeah, but the purpose is to compare to THE LEGEND, the Ol’ Mongoose, Archie Moore, the fighter Mr. Hopkins claims to be most like.

Now, grab your crotch, I don’t want the family jewels busting open on the concrete when I give you Archie’s numbers. How’s about 43-4-2 and 10-2 in full unified title bouts, the 10 wins being his undefeated light heavy title reign and his 2 losses to HOF heavies, Rocky Marciano and Floyd Patterson. 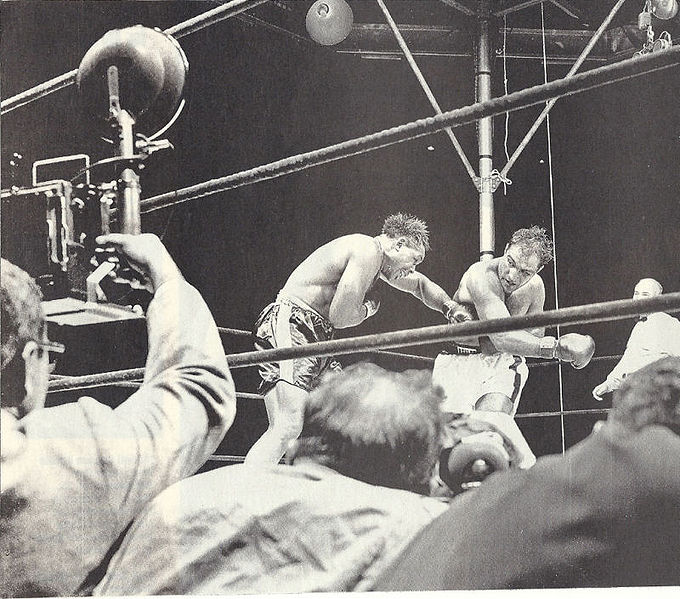 Archie tangles with the Rock

Then we have his last loss near 50 years of age against young Cassius Clay. What other old man in the history of boxing goes out on his shield against class like that? Most of his fights and knockouts were against heavies. Too many for me to be bothered to count. Generally he’d only fight one or two light heavy bouts in a year, mainly title defenses, and then cash in for the remainder of the year, most against ranked heavy contenders, fringe contenders and former contenders which was where the money was.

Now, stop your yelping and listen up. Nobody in any era has come close to that record, so I ain’t trying to skewer the era of your precious Mr. Hopkins. I’m just trying to hammer home some relevant history in your noggin is all.

Moore’s was the era when men were men and didn’t run around like it was Halloween dressed as executioners making silly signs like kids out on a dungeons and dragons lark. Like Liston, Archie was widely reputed to be 2-3 yrs older than his accepted birthday, meaning his post-40 record would be greater than Hopkin’s career record, but I don’t want to rub it in too harshly so as to ruin you for your life.

Many a HOFer mixed in that post-40 record. Many more than Hopkins faced in his career.

Beats me and most anyone who stepped into the ring with him. I’d guess he was simply a one-off fistic genius who was able to meld intelligence and discipline with waning but still formidable physical attributes in a way nobody else has come close to.

Not sure if he ever divulged all his techniques for training and losing weight, but one famous method is gut wrenching, literally. He would eat a steak by chewing it very slowly and thoroughly, bite by bite, absorbing the juices and nutrients and then spit the spent bite into a bucket.

It’s no wonder he holds the record for the most KOs in boxing. He couldn’t wait for his post-fight reward, the eating of the whole steak, a luxury beyond our imagination in his world of hurt. 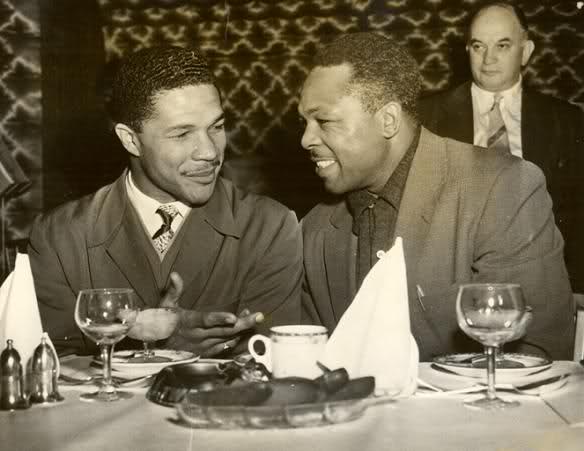 Buy’em dinner after the big KO

So when the preening wonders of modern boxing science crow about being old-school Archie Moore kind of tough, you can rest assured, a gaggle of em couldn’t lift the Ol’ Mongoose’s jock strap to carry it off.

Trust me on that.

Previous article
« This is the End: When Legends Die Hard
Next article
Tennessee Titans acquire Julio Jones in trade with Atlanta »