The Grueling Truth - Where Legends Speak / Boxing / Does Howard Cosell Belong in the NFL and Boxing Halls of Fame?

Does Howard Cosell Belong in the NFL and Boxing Halls of Fame?

Howard Cosell Belongs in the Hall of Fame!

Does Cosell belong in the Boxing Hall of Fame?
Howard Cosell is the most influential sports journalist in the history of sports. Cosell was the first reporter who really did “tell it like it is”. Cosell was as good as creating an audience as he was alienating it, which is what made him priceless to every sport he covered. If you liked Cosell, you listened or read what he said; if you hated Cosell, you watched just so you could be mad at him.

Cosell first came to national prominence with Cassius Clay, who would of course later be known as Muhammad Ali. The two fed off each other and entertained the nation for twenty years. Each made the other even bigger than they already were and, when Ali decided not to fight in Vietnam, Cosell was one of his few supporters, and he allowed Ali on air to voice his feelings on the Vietnam War.

Boxing — and not just Ali — profited from Cosell being around: there was nothing like ABC Wide World of Sports with Howard Cosell covering boxing. When Cosell was calling a fight, it made the fight seem important just because he was there.

Cosell did the same thing with Sugar Ray Leonard. Cosell covered the legendary 1976 U.S. Olympic Boxing team in Montreal and his relationship with Leonard was similar to his relationship with Ali. Cosell was not a man to sugarcoat anything and if he saw an injustice, he brought it up. Today if you watch HBO, you know who the HBO house fighter is.

In my opinion, Howard Cosell belongs in the Boxing Hall of Fame, he brought boxing back to the mainstream in the mid to late 1960s, a time when boxing was under attack because of organized crime concerns and tragic deaths that made people wonder if the sport was really worth it.

How about the NFL Hall of Fame?
Cosell brought the same explosive opinions to football as he did boxing, and it was done on a huge national stage. In 1970, Howard Cosell did the first Monday Night Football broadcast and the NFL was never looked at the same again!

Cosell brought the NFL into the main stream with his extreme bombast and hyperbole. There was no one like him before or since. 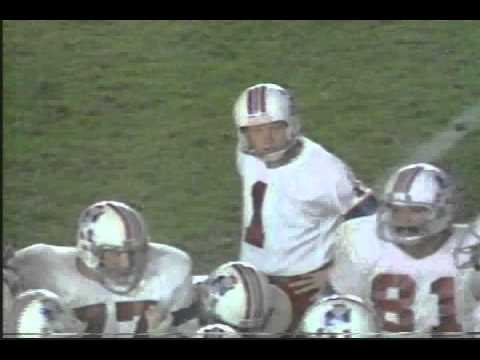 Let’s face it: If Cosell were on air today, he would be removed almost immediately for the things he would probably say about the NFL. Cosell’s iconic style distinguished Monday Night Football from previous sports programming and all the sudden it just wasn’t the game that was entertaining, the announcers themselves were entertaining. Who didn’t want to tune in and see what “Dandy” Don Meredith and Howard were going to say?

Cosell never bowed to the corporate game; he truly was an advocate for the fans of the sort that doesn’t exist today. Yes, in my mind Howard belongs in the Pro Football Hall of Fame. Hell, they let Jerry Jones in and you know it was for all the money he helped the owners make. If it wasn’t for Howard Cosell becoming a cultural icon and his personality driving Monday Night Football home for the masses and even casual fans maybe the NFL would not be what it is today/ I think if you look at it, Howard Cosell is one of the biggest reasons for the NFL’s explosion since the late 60s.

Why is he not in?
He is not in because he alienated people, and he didn’t care if people in the NFL office liked what he said or not. So what made him so great is also what has kept him out of the NFL Hall of Fame. This truly is a shame because how many people are so connected in one sport, let alone two? One hundred years from now people will still remember who Howard Cosell is and he will still be thought of when Ali or the NFL is brought up, because he was that important to both.

Get your Free Bet now!
Latest News
Big Ten Basketball Power Rankings 1/25/22
The Big ten got a little crazier this ...
Betting on College Sports in New York — This is what you need to know
Different US states have different legislation regulating betting ...
What if Mike Tyson Fought in the 1960s and 70s: Part 3 of 3
In part one of our series Mike Tyson ...
Survive and Advance: A look back at the greatest Divisional Playoff weekend ever
Join Mike Goodpaster and Steve Risley as they ...
Cincinnati Bengals weekly show W/Joe Kelly: Bengals advance to the AFC Champi...
Join Mike Goodpaster, Former Bengal Joe Kelly, and ...
Betting Tips
Betting Tip: Sacramento Kings vs Los Angeles Lakers
Tip:
Home/Away: Home
Odd:
2.32
Current Bonus:
100% up to $500