The Grueling Truth - Where Legends Speak / Boxing / El Campeon, Guillermo Rigondeaux, and the Tragic Beauty of the Cuban Style

El Campeon, Guillermo Rigondeaux, and the Tragic Beauty of the Cuban Style

For the longest time, the boxing world has had an immense fascination for Cuban boxers and in the last 15 years, no has captured the imagination as Guillermo Rigondeaux. The winner of Olympic gold medals in 2000 and 2004, Rigondeaux possessed all the ingredients of a future superstar: superb boxing skills, a colorful life story made even more dramatic by his treacherous passage in the Miami Straits, the Cuban mystique.

Or so everyone thought. Or wanted to believe.

But upon his career-defining victory over Nonito Donaire in 2013, his own promoter, Bob Arum, delivered a knockout punch by saying that Rigondeaux was boring and that he was “running” away from the fight. The narrative of the technically superb but boring fighter stuck and El Chacal’s victory over the then top pound-for-pound fighter, the Filipino Flash, evolved into an opportunity loss. Arum’s narrative stuck and was gobbled up in the boxing press and repackaged more times than anybody cares to remember.

On June 17, Rigondeaux, now managed by Roc Nation, starts a new quest for a second career-defining moment. He fights Mexican Moises Flores (25-0-0 with 17 KOs) in the undercard of the rematch between Andre Ward and Sergey Kovalev in Las Vegas.

Cuban athletes are “the most lucrative human cargoes on earth,” wrote Brin-Jonathan Butler in his book The Domino Diaries: My Decade Boxing with Olympic Champions and Chasing Hemingway’s Ghost in the Last Days of Castro’s Cuba. Gary Hyde, the Irish boxing promoter, put his name and life on the line to get Rigondeaux out of Cuba with the hope of managing a future world champion.

Yet when Cuban boxers finally perform in the professional boxing stage in America, the promise never materializes. For all its fascination with Cuba, “America hates the Cuban style”, Freddie Roach, who trained Rigondeaux in his first few fights, told Butler. “Being the greatest amateur boxer who ever lived doesn’t sell tickets in this country,” Butler recorded this conversation in another book, The Cuban Boxer’s Journey: Guillermo Rigondeaux, from Castro’s Traitor to American Champion.

This quote was the one that captured me the most, but also the one that left me wanting. What is the Cuban style? And what is there to hate in it? In April, I sought out Butler to better understand this style of boxing that made Cuba the amateur boxing powerhouse, but has not translated into professional boxing stardom.

“If you were to train me in the Cuban style, how would you do it?” I asked after we had warmed up with some basic punches on the mitts. 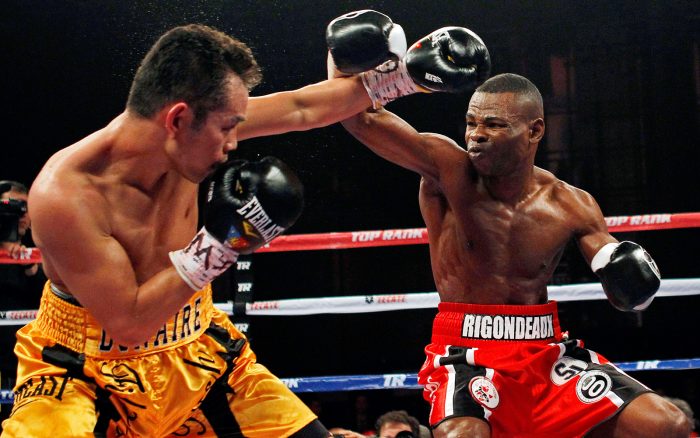 The Cuban style puts emphasis on footwork, Butler explained. I understood it as the ability to be light on the feet, to pivot and circle an opponent, to break the adversary’s rhythm. You saw it in Rigondeaux’s gradual dismantling of Nonito Donaire in 2014. You saw it in Erislandy Lara’s battle with Saul Alvarez the same year. Even Yuriokis Gamboa displayed quick feet despite having been wobbled by Robinson Castellanos’ right hand last month. Is it running? No, it is not. It is the ability to outmaneuver an opponent through movement. One cannot deny the beauty of a boxer who is able to move seamlessly in an out of an opponent’s orbit, while delivering accurate blows.

Butler believes there is a strong link between dance, a national past time, and boxing. For example, many kids in Cuba study ballet, which, notably teaches and instills a sense of physical balance. Rigondeaux, Butler said, credits his balance and strength to having to fetching water a few miles and walking back to the family home.

Another hallmark of Cuban boxing is defense. “Protect yourself at all times” is a mandatory lesson taught seriously in Cuba. Gloves are always up, usually shielding not just the jaws but the head as well.

While working on combinations, Butler advised me to improve the snap in my shoulder for my jab and work on my hip movement. In short, work on the transfer of weight from one part of the body to power a punch. In Rafael Trejo, the outdoor gym in Havana that has produced some of Cuba’s legendary boxers, Butler wrote, “an instructor swung a sledgehammer over one shoulder and then the other, plunging the hammer down and showing a kid the proper technique of incorporating the entire body with each swing and the mechanics of the weight transfer involved.”

Boxing as an Art

Of course, one training session barely touches the surface of Cuban boxing style. It look years of isolation in the elite sports academy of La Finca for Cuba’s boxers to learn the national style, and a lifetime to hone it to perfection. The reality is not even hours spent watching Youtube videos can truly give a sense of the Cuban style, nor what makes Rigondeaux possibly the greatest boxer that Cuba has produced. One may understand the technique in a theoretical, textbook sense, but not the essence that powers it.

In a recent interview, Rigondeaux noted that it is down to timing. “It’s all about timing, especially for fighters like me which specialize in counter punching. I wait for my opponent’s critical mistakes to capitalize upon them.” He also attributes it to a punching power that is heavier than his size.

Butler likens Rigondeaux to an artist. El Chacal, he wrote, “wasn’t only calibrated like a five-foot-five 118-pound Stradivarius of a fighter, he was even more impressive as an artist. He inflicted violence with balletic grace, flawless balance and timing, and an almost mournful disdain for his opponent as he fluttered across the ring barely landing on his toes while lashing lethal blowers, which struck and evaporated from view as quickly as he unleashed them.” Rigondeaux now fights at 122 lbs but the additional weight has not diminished his grace, it has only magnified his power.

One thing is clear, the most valued of all the lucrative human cargoes is not unappreciated for his skill, he is feared for it. To this day, no promoter is willing to risk his neck to have a favored son fight Rigondeaux. The Cuban boxer has, for example, called out Vasyl Lomachenko who, despite having had a modest eight-fight record, is a rising superstar also for his superb technical skills. Lomanchenko is now managed by Bob Arum, who recently dismissed Rigondeaux as “a pain in the ass”.

The great irony of it all is while economic opportunities have eluded Rigondeaux, one of the world’s most technical boxers best known for his defensive game, Floyd “Money” Mayweather Jr., has gone on to become the richest boxer alive today. Perhaps then the issue is not really the Cuban style of “hit-but-not-get-hit”, but could be something else. Rigondeaux’s personality for instance.

“Rigondeaux doesn’t give people what they want. He does what he wants. There’s a lot of nonsense surrounding the need for fighters from outside the United States to speak English. The prevailing theory is that without doing so they can’t become PPV stars,” wrote Charles Farrell. “Rigondeaux also doesn’t “go in for the kill” in any kind of cinematic way. His expression never changes—there’s no snarling or sneering just before the knockout punch.”

Because professional boxing is entertainment, fighters do need to perform for an audience that wants the spectacle and the drama. Rigondeaux, with his morose face that rarely breaks into a smile, does not conform to the audience predilection for drama.

While the action and facial expressions in the ring cannot be controlled, there is evidence that Team Rigondeaux is actively making up for lost time. El Chacal’s official social media pages are abuzz with updates on this training against Flores, featuring videos of his training, including a training camp in Yucatan, Mexico last month, interspersed with pictures of family life in Miami. Rigondeaux has promised his fans an “exciting fight”. One tweet stated: “Ready to show the world that I’m back.”

“I’ve had everyone in my division run away from any mentions of me in the ring with them. My team is first focused on the Flores fight, and we’re ready to come and fight the best names in my division so that we can give the fans what they pay big Pay-Per-View money for, big exciting fights,” he said.

On June 17, we will see how Rigondeaux defines “exciting”, or if he is finally defining it the way the audience wants him to. But perhaps we, too, need to redefine “exciting” and appreciate the beauty of a technique that is like no other, but one that has given the sport more diversity in style and sophistication.

This Episode Features Preview & Predictions for the Trilogy between Tyson Fury ...

Seconds after the towel of surrender flew into the ring in the ...

Background on Drug Testing, how Anti-Doping became a major factor in combat ...