The Dream Team of Super Flyweights

If you tend to dismiss the smaller guys, think again. On September 9, HBO Boxing will showcase what is possibly the best super-flyweight line up put together in recent years. Six of the world’s best super-flyweights will meet at the Stubhub Center in California for what is expected to be a night of memorable boxing.

The first battle was brutal with a controversial ending. In March 2017, Roman “Chocolatito” Gonzalez of Nicaragua was dethroned as the WBC Super Flyweight champion by Thailand’s Srisaket Sor Rungvisai at the Madison Square Garden via majority decision, stunning both the fighter and the audience alike. Rungvisai improved his record to 43-4-1 while Gonzalez obtained the first blemish on his 47-fight record, which fell to 46-1-0. In the post-fight interview, Gonzalez said he wanted a rematch, to which Rungvisai’s camp promptly agreed. In April, the WBC approved a request by Teiken Promotions and K2 Promotions, representing Gonzalez, for a rematch. On September 9, Rungvisai will defend his WBC belt and for the first time in a long while, Gonzalez will step into the ring as the challenger, though not the underdog.

For Rungvisai, the road to the Stubhub Center is a classic rags-to-fame boxing story. He came to the sport from humble beginnings, working as a trash collector in Bangkok. In his teens, he trained in Muay Thai, but switched to boxing to make more money. Since going professional in 2009, he has amassed a string of knockouts against Latin American and Asian fighters, although most of them of lesser calibre than Gonzalez or those that Gonzalez has fought. Prior to his surprise victory in New York in the spring, Rungvisai’s toughest challenge was Mexican Carlos Cuadras, to whom he lost in 2014. Cuadras, in turn, lost his belt to Gonzalez in 2016.

Rungvisai’s majority decision victory over Gonzalez was hotly contested, but he believes he had won. “I definitely think I won [the first fight]. I threw a lot of punches, and when you look at it by round, I won,” he said in an interview with the LA Times. “I’ll make it a great fight. I’m focused on making the fans happy in watching me fight, particularly the fans from Thailand. I want to make them proud. I want to show the world a boxer from Thailand can be one of the best in the world on a very great stage like the one in the U.S.”

Gonzalez, who trains out of Managua but holds camp in Tokyo where Teiken runs a world famous gym, is still favored to win because of strong technical boxing skills, although his ability to knock out the naturally bigger Rungvisai remains in question. While he dominated and stopped his opponents in the 112, 108 and 105 lb weight divisions, Gonzalez has been unable to knock out opponents at 115 lbs. He challenged Cuadras for the WBC Super Flyweight title and won by points, but did not inflict noticeable damage to the athletic Mexican. Similarly, Rungvisai’s face did not show much damage at the end of the 12-rounder, despite being rocked by power punches. In several interviews to prepare for his upcoming fight, Gonzalez said he feels good and is motivated to reclaim his belt, but also acknowledged that a knockout would be the most convincing way to reclaiming his title.

Fighting for a shot to challenge the winner of Rungvisai vs Chocolatito II are two Mexican boxers, Carlos “Principe” Cuadras and Juan Francisco “El Gallo” Estrada. In addition to a common home country, both boxers have another thing in common: both fought and lost to Chocolatito Gonzalez. Therefore, the chance to fight one of the best pound for pound fighters is the biggest motivating factor for Cuadras and Estrada. For Cuadras, the road to the Stubhub Center was by way of a superb performance against Gonzalez in 2016. The Mexican fighter showcased agility and fast hands, making that bout one of the toughest in Chocolatito’s career. Gonzalez’s swollen face reflected the punishment inflicted by Cuadras. While he lost to the Nicaraguan fighter in his first career loss, Cuadras won over US boxing fans, earning him a slot in the undercard of Gennady Golovkin vs Daniel Jacobs at the Madison Square Garden in March. Cuadras earned a unanimous decision victory over fellow Mexican David Carmona, although his performance was lackluster. Nonetheless, his record improved to 36-1-1 this year.

Estrada comes to his fight with a 35-2-0 record, posing a serious challenge to Cuadras. One of Estrada’s two losses was by Gonzalez who won by unanimous decision five years ago. Since then, he has dispatched most of his opponents by knockout. It is clear that a rematch with Chocolatito is foremost in his mind. In the pre-fight press conference, Estrada said he hoped that Chocolatito wins, as he believes that fans would like to see a rematch. “Juan is a great fighter, I know he is a really good fighter, it’s a tough fight but I got his medicine right here in my right hand,” said the more outspoken Cuadras, eliciting chuckles from the crowd.

September 9 is the highly awaited US debut of unbeaten Japanese fighter Naoya “The Monster” Inoue, the reigning WBO super flyweight title holder. With a 13 professional fights to his name, Inoue has made it to many pound for pound lists for an undefeated record, of which 11 victories were via knockout. Incidentally, one of his two fights that went the distance was with David Carmona in 2016, the skilled Mexican who battled and lost to Cuadras in March this year. 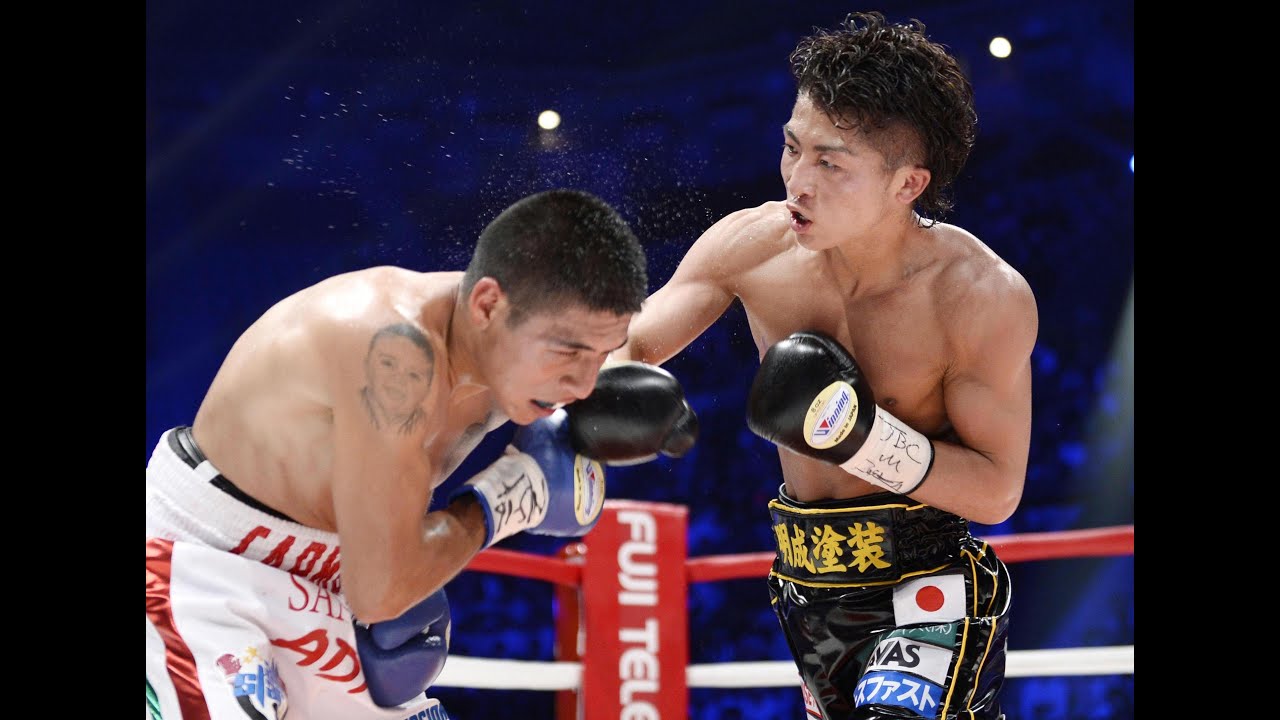 Backed by more than 80 amateur fights, of which 75 were victories, Inoue turned professional in 2012 at 19 years old. In his debut fight, he dispatched of the Filipino fighter Crison Omayao via knockout. He won his first world title in 2014 when he defeated the more experienced Mexican fighter Adrian Hernandez and claimed the WBC World Light Flyweight belt. The same year, he knocked out ring veteran Omar Andres Narvaez and claimed the WBO World Super Flyweight title. He has successfully defended his WBO belt five times.

Challenging Inoue for his belt is Antonio “Carita” Nieves from Cleveland, Ohio. With a 17-1-0 record, Nieves has had a string of victories against mostly South American fighters, before his first career loss by split decision to Russian born Nikolai Potapov in Detroit earlier this year. While Inoue is the favored fighter in this match, Nieves is expected to give him a competitive challenge. “September 9th, I’m just gonna do what I do, I’m gonna come fight,” Nieves said during the pre-fight press conference. “He’s (Inoue) a great fighter, everyone’s looking , ready to see him, but come September 9, I’m gonna shock the world and I’m gonna upset it.”

If I Were a Boxing Matchmaker: Roman Gonzalez

Howdy folks. Today I’d like to discuss some potential matchups for a ...