Deontay Wilder is the king of the fools!

Seconds after the towel of surrender flew into the ring in the seventh round of Fury/Wilder two, they started. Excuses piled on excuses from Wilder and the collective media that supports him.

Let’s look back at Wilders excuses.

Take it away Deontay.

Wilder even attacked and later fired Mark Breland because he accused Breland of being part of a conspiracy. To attack Mark Breland, one of the nicest guys in boxing, proves his bull shit stinks. There’s no credibility.

I could go into debunking each one of these excuses, but the people that believe this shit don’t care what kind of proof exists. They’re delusional fanboys for Wilder, or as he likes to call himself, King Wilder.

So why the excuses Deontay?

This fight hurt Wilder fans because anytime a black athlete goes against a white athlete, racism has always sat at the forefront. Just look back at the 80s in the NBA when Magic played Larry. There were always huge racial undertones.

Take Holmes/Cooney in 1982. Once again race is a big part of the selling point of these events. When a large population of a race identifies with a boxer that’s “like them” – it makes it really hard when that athlete losses. The great thing about Bird/Magic was that the players and teams did not feel this way. When Wilder first lost to Fury, it was just his delusional fanboys that brought out the conspiracy theories. But, then a few months after the fight, Wilder started regurgitating them also.

Boxing is different than other sports though because it’s two men stripped bare in the center of the ring trying to prove their physical superiority. That’s what makes boxing different from basketball when it comes to race.

Take a look back at boxing’s history in 1910 when former champion James Jeffries was about to fight current champion Jack Johnson.

Jeffries said, “I am going into this fight for the sole purpose of proving that a white man is better than a Negro.”

After Johnson thoroughly dominated Jeffries, riots broke out across America and people died.

The most famous boxing movies contain a racial edge. The first three Rocky movies pitted the underdog Rocky, who was white, against Cocky Black champions.

Why is boxing different and why did the Wilder loss hurt a large portion of Black America so badly? That’s simple. Boxing is a common ground big Advantages don’t matter because when you get in the ring, it’s just you against the other guy. That’s why a Wilder loss hurt these crazy Wilder fans. They believe Wilder represents their race against the evil white race.

They feel there is no possible way a white boy could beat the great king Wilder.

It’s really sad that so many Wilder fans feel this way. It’s also sad that

Wilder has so many fans. Wilder has made excuses for everything, and I mean everything. Earlier in his career, I thought he was a nice guy that was putting on a show, and maybe he was then. But, now it’s obvious he is just a loud-mouth ignorant asshole that can’t handle losing. Wilder constantly talks about ending Fury’s life in the ring, which is absolutely sickening. Could you imagine Muhammad Ali saying that he wanted to end Joe Frazier’s life before the Fight of the Century? No, you couldn’t because Ali would have never done something like that.

So, while reading this, I think most people will conclude that I am a Fury fan. Not true! I think Fury is a dumb ass also. He signed for the Joshua fight knowing it might not happen. Fury runs his mouth constantly, fails drug tests, retires gets fat, uses drugs, and generally is just a jerk.

Maybe people only care about this fight because of the race issue.

Neither fighter is likable at all!

I really think that Wilder is trying to convince himself he can win this fight because he has to have severe doubts after the rematch. You can bet your ass he only deals with his Alex Jones Info Wars media guys right now because they will pander to his every need.

He left the headphones on at the press conference because he did not want to be questioned about his cheating allegations because quite simply, he has NO proof and it did NOT happen. The Wilder camp is censoring anybody that is not on Wilder’s side, which once again shows just how weak mentally Wilder is. 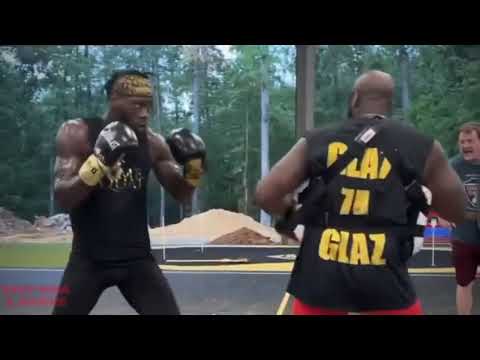 The training videos showing him bench pressing or dancing around with Malik Scott show us nothing, well, other than to what an idiot this man is. 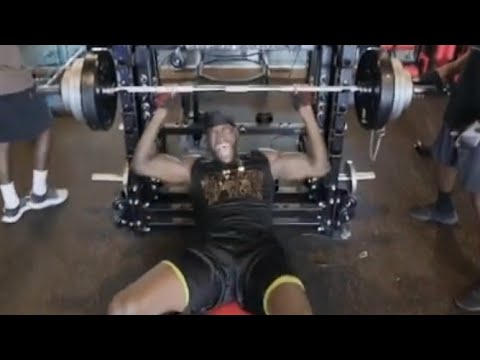 Wilder has been protected his whole career and in that time he has been allowed to do whatever he wants. Acting a fool is something that Deontay Wilder is the best in the world at.

It will be a lot of fun to see how the “king of fools” reacts after getting knocked out again and watching his fool(I mean fans) react.

I am sure in the eyes of the Wilder fools, there is no way Fury can win without cheating.

So much for the narrative about Deontay Wilder being a warrior. Sure ...