This Saturday afternoon in the states streaming on DAZN and broadcasted by Sky Sports in the U.K., Chris Eubank Jr. challenges Liam Smith in the main event. The dust hasn’t necessarily settled on the Conor Benn failed drug test debacle. Chris Eubank Jr. had no choice but to move on from that unfortunate situation and continuing his career meant taking on a solid fighter in Liam Smith live at the Manchester Arena in England. There are a few interesting bouts on the undercard as well with the biggest name being Joseph Parker. After the final bell is rung one has to wonder if the winner will face Conor Benn sometime this summer. 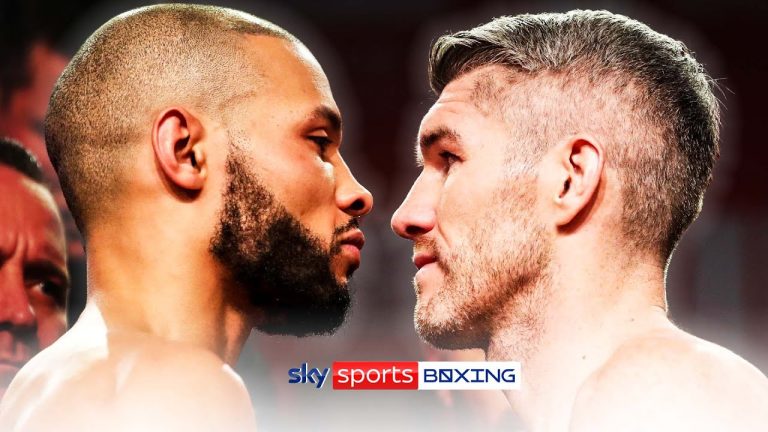 Since losing to George Groves way back in 2018 Chris Eubank has won all of his fights including names like James DeGale, Matvey Korobov, and most recently Liam Williams. To be fair DeGale was damaged goods to an extent and the Korobov fight ended with an injury. He did look pretty good last May in a dominate outing over Liam Williams scoring 4 knockdowns in route to a confident victory. Eubank Jr. missed out on a big payday fighting Conor Benn no doubt but that doesn’t mean he can afford to take his eye off the ball.

Having only been stopped short of the distance by Canelo Alvarez in 2016, since then Liam Smith’s record is 9-2. Jamie Munguia handled Liam dropping him in the 6th round on the way to a clean point’s loss. Smith’s other loss was to unbeaten Russian boxer Magomed Kurbanov in a much closer result. His victories include Sam Eggington, Liam Williams twice (both very competitive), Jessie Vargas, and Anthony Fowler.

The event is promoted by Ben Shalom’s Boxxer outfit and the weight this fight is scheduled to take place at could be the deciding factor. As it stands less than two days out the betting lines have underdog Liam Smith around a +200 rising as high as +265. Liam is quality fighter with decent fundamentals and a style that should make for a fun affair. Smith’s chin is pretty damn good but “Size matters” is the old saying and it’s clear as day Chris Eubank Jr. will have the advantage in the category. Although Liam has fought above the 154-pound limit Smith hasn’t defeated anyone of note at 160.

Not just the size but the punching power is in favor for Chris which lends itself to being a fairly easy prediction. There is some talk of Eubank Jr. possibly outgrowing the middleweight division. The combination of Chris having to lose more weight for Conor Benn and the fact he fought at 160 last May tells me that shouldn’t be a major issues. How each fighter looks body wise on the scale could be a bit telling however unless Eubank Jr. is obviously drained it shouldn’t really matter. 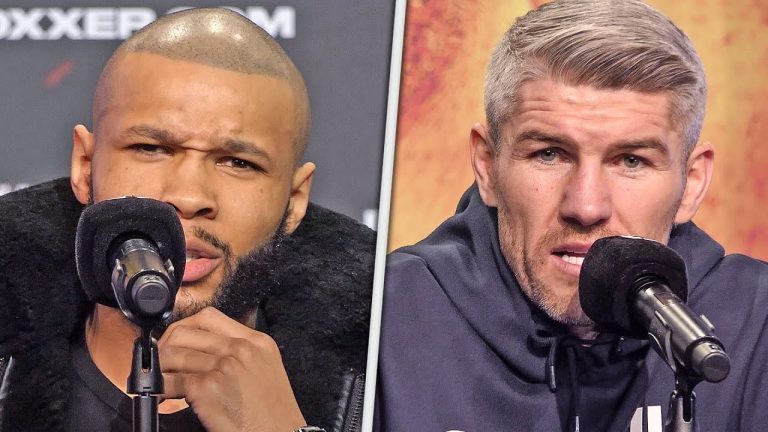 Liam will get out to a good start by pumping his jab and attacking the body. This boxing podcaster is confident in a prediction but that’s not to say we won’t have a good ass scrap to enjoy on Saturday. The more telling blows and overall wear and tear as Eubank’s punches begin to add up will slow down Liam Smith enough so the action becomes one-way down the stretch. This should be an action-packed matchup that plays out more as entertainment then substance as far as rounds won and lost.

My Official Prediction is Chris Eubank Jr. by UD or Late TKO.

The most interesting undercard bout for me is Richard Riakporhe vs. Krzysztof Glowacki. Richard is in intriguing talent who should be labeled as a contender in the lower-half of the Top-10 at the Cruiserweight division. With wins over Chris Billian-Smith, Tommy McCarthy, and Jack Massey all in fewer than 12 pro bouts it seemed that Richard was on the rise in a major way. Almost two years pasted between fights but since 2021 Riakporhe is climbing his way back up the ladder and Glowacki is a good measuring stick for him at this moment.

Side Note: Keep your eyes peeled for the undercard with the most evenly matched bout being Chris Kongo vs. Ekow Essuman. Also Joseph Parker vs. Jack Massey is on the card as well.

Written by Chris Carlson Host/Producer of The Rope A Dope Radio Podcast Available at www.blogtalkradio.com/ropeadoperadio Follow on Twitter @RopeADopeRadio

Previous article
« Should Tony Dungy be canceled for wanting babies to live? How can we live in a world where this is possible?
Next article
Top 10 LSU Tigers(Football) of All Time »