This has been talked about quite a bit, but Oleksandr Usyk is a credit to the sport at a time when so many guys are taking the prizefighting bit a little too seriously. A traveling man who has no problems fighting the best the world has to offer. Is there anyone else more deserving of Fighter of the Year right now?

Also, who is excited for the Yuriorkis Gamboa-Juan Manuel Lopez contest? It’s only been marinating for, what, a decade? 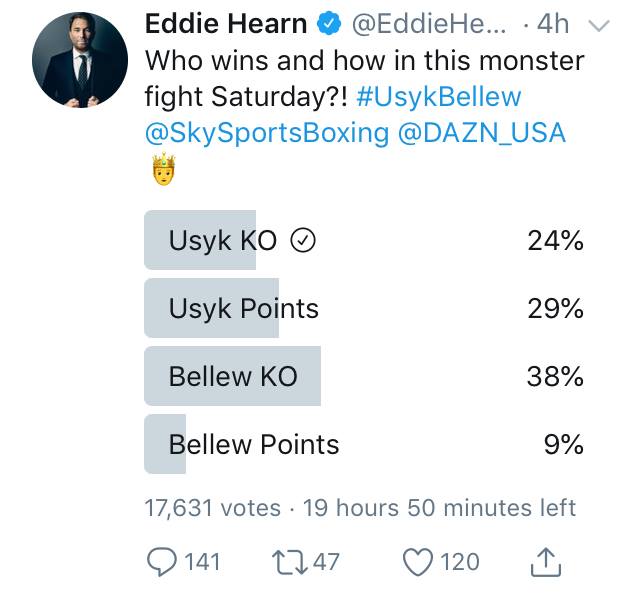 A 53/47 margin just doesn’t cut it. Bellew showed class against Usyk, but he was never on that level. Tony may have been playing around, but at no point was he playing with him.

The land of make believe. I’m not going to explain the obvious.

These guys need to lay off the IOTBAs, 78Sports, and methamphetamine.

Credit to Stephen, however.

*Shout out to Bill Demas and Jignesh Teji for their contributions. Folks like that help make these pieces what they are.