I know many of us suspected a blowout from Gervonta Davis, but Ruiz is no slouch. I was surprised at just how quickly it all ended and it’s clear as day that he’s a dynamic fighter. Davis really has to step it up, however, and it would be great to see him fight Miguel Berchelt to establish a new championship line at 130 pounds. It would be even better to see him jump up to 135 where he belongs and where his resume can gain more traction.

The “Thriller” entrance was well-done, too. The choreography was professional and Davis didn’t have to dance around like that idiot Broner. He just walked in, did his job, and apparently will be making a quick turnaround by scheduling something soon.

Andrew Cancio made a lot of us root for him after his unlikely upset over Machado. It’s always fun to see hard-luck guys pull through. 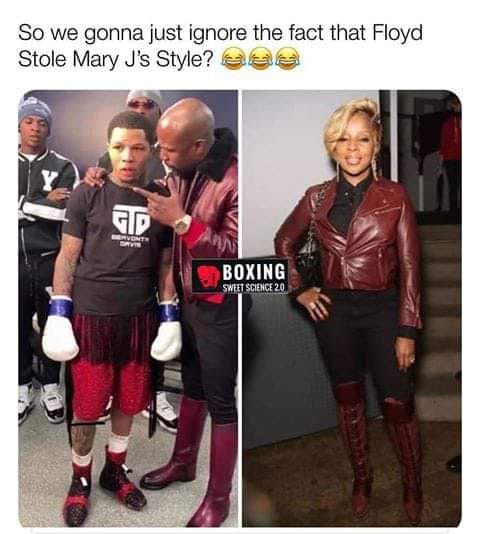 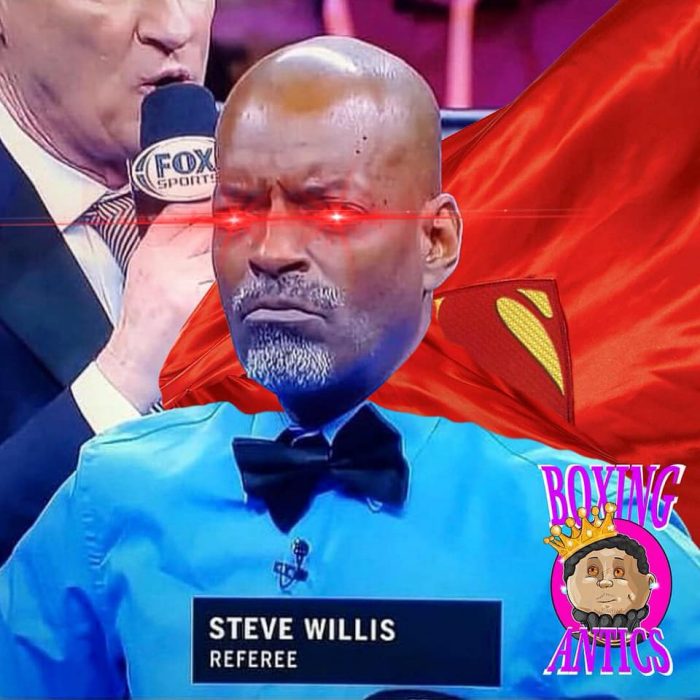 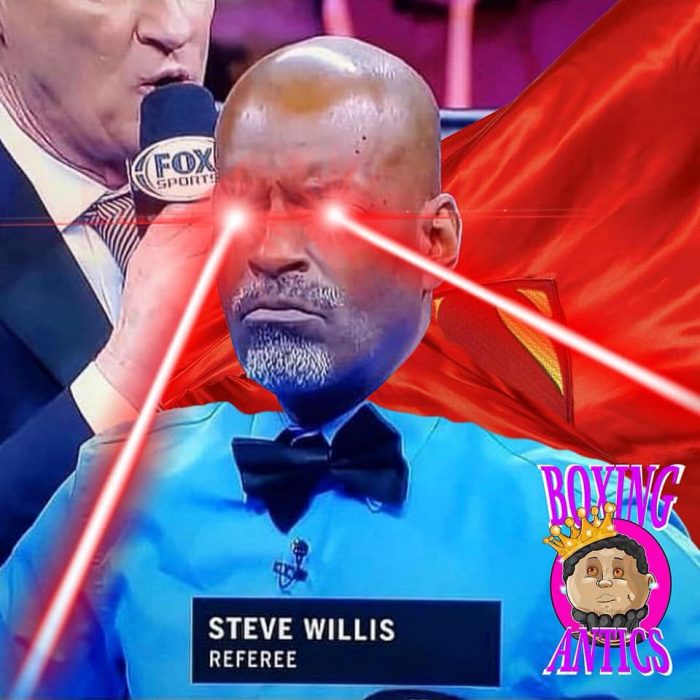 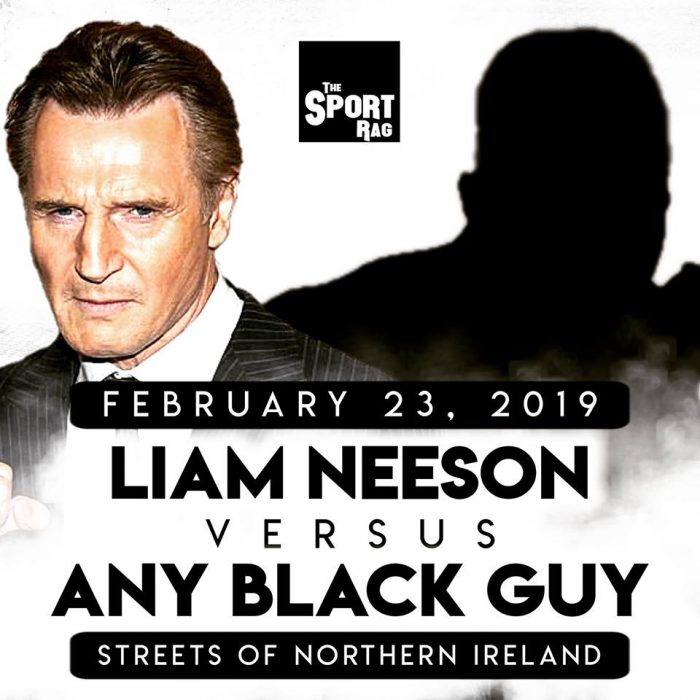 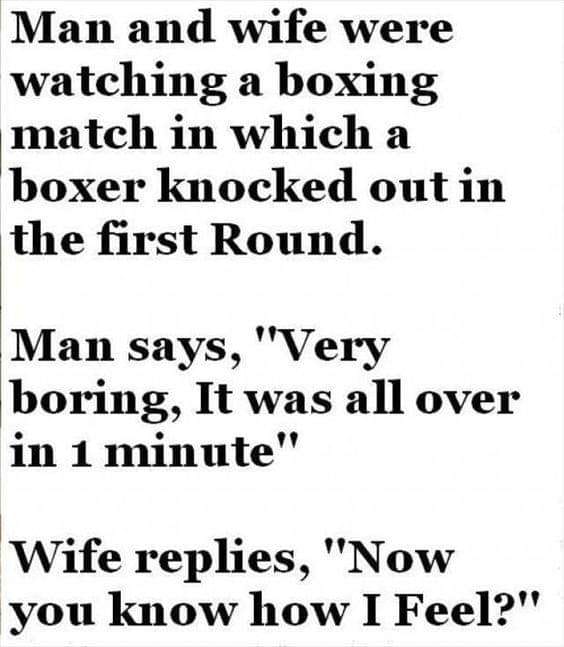 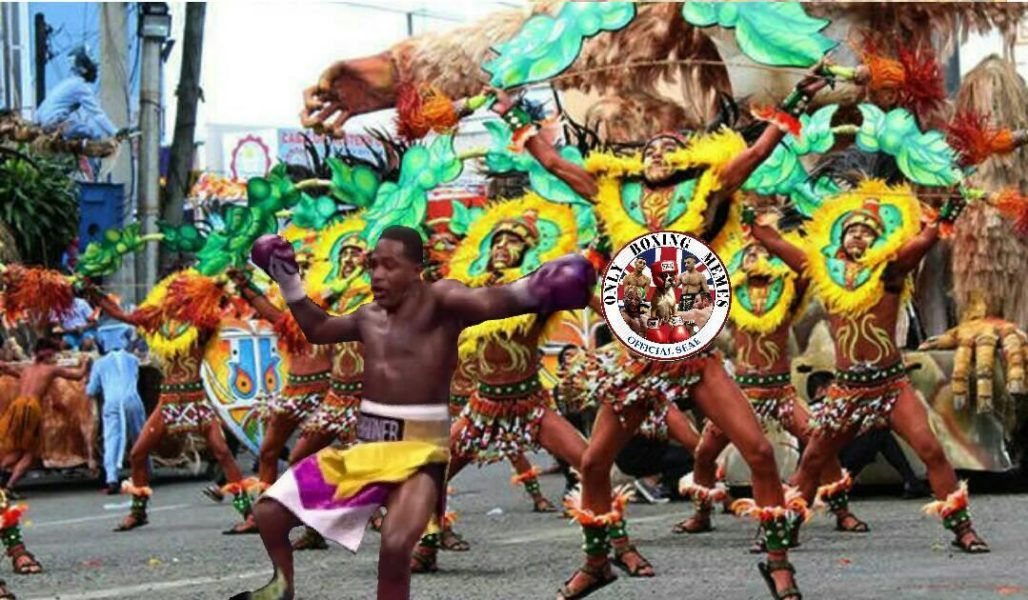 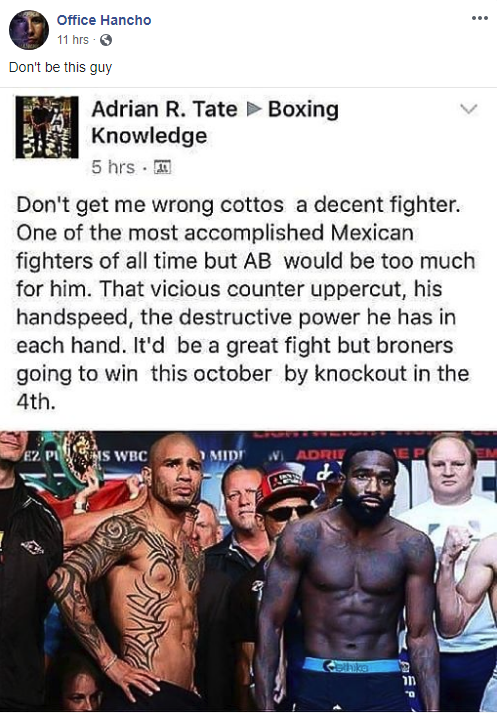 I’m not saying anything. Sort this for yourselves. 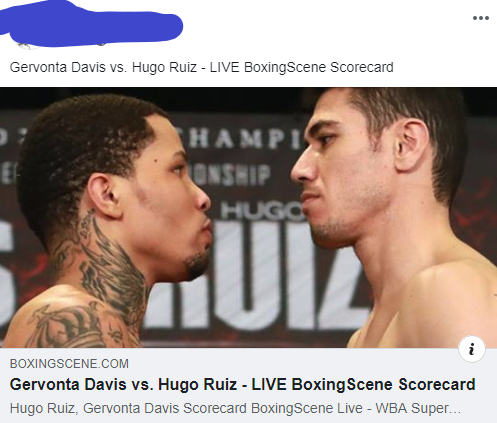 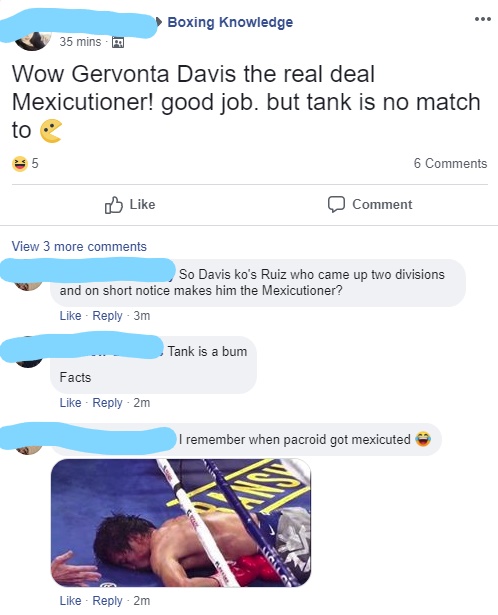 This always happens after a win.

Can you say stretch? 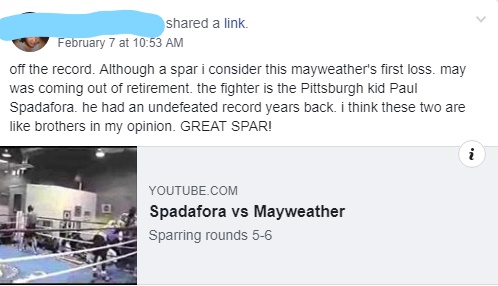 On the record, sparring sessions don’t count as losses. 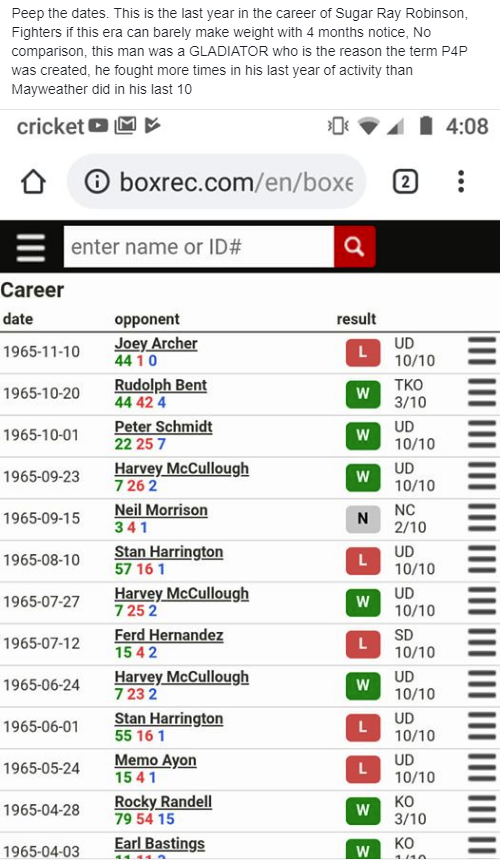 Robinson was 43+ during this. For fuck’s sake. 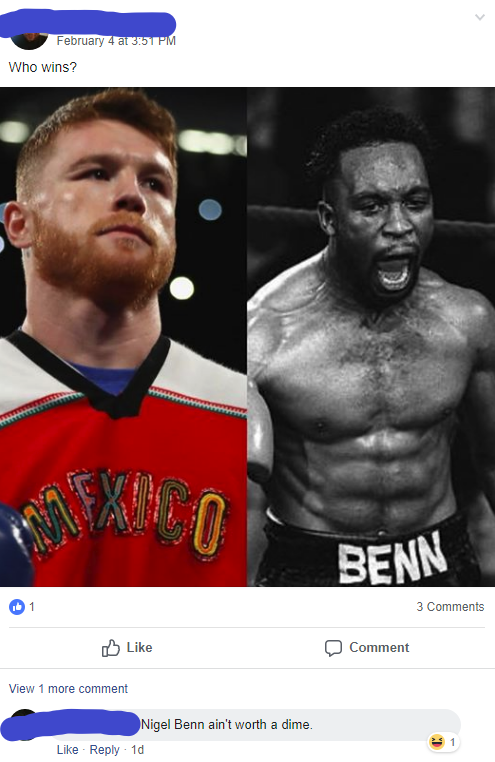 He stopped Gerald McClellan. I imagine that’s worth far more than a dime. 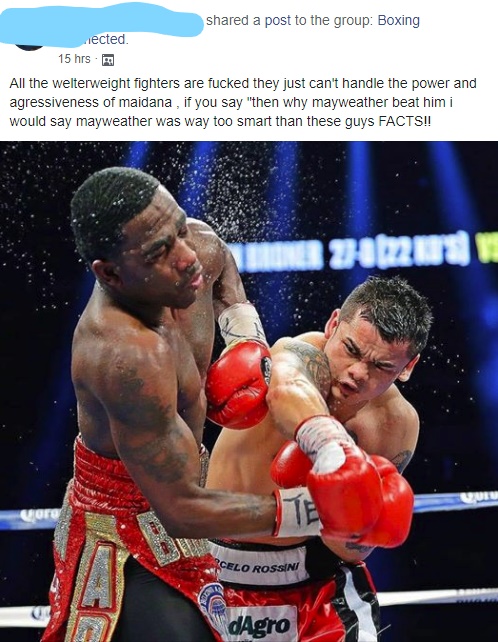 I like Marcos as much as the next guy. After all, he’s become an icon for solving “The Problem”. But Maidana’s layoff will likely prevent him from being anything like a top player at 147. And let’s not forget, he never really was a major factor even at his best.

Previous article
« Survive and Advance: Brian Rauf from Fansided talking NCAA hoops! Can Duke be beat? Who is the best in the SEC and much more
Next article
Inside Boxing Daily: Who can beat Lomachenko? On this Day Douglas beats Tyson, Maidana comeback »

If I Were a Boxing Matchmaker: Gervonta Davis

Howdy folks. Today I’d like to discuss some potential match ups for ...