Adam Abramowitz said that Manny Pacquiao defeated Adrien Broner more convincingly than Mikey Garcia, which in my view, is a great take, whether you agree or not. It highlights just how good “Pac Man” has been, and just how good he was at his peak. He would be a legend in any era and needs to be appreciated before he hangs them up.

Nordine Oubaali versus Rau’shee Warren was a tactical affair, with the amateur victor coming out on top of the professional one, as well. Warren is lightning quick, has great timing, and isn’t afraid to throw. However Oubaali was just slightly sharper and made good use of that right hook. I loved seeing him double it and triple it.

How do you folks think Marcus Browne does against the other top guys at 175? Stylistically he seemed to have Jack’s number, but there are a number of quality right-hand punchers out there, e.g. Bivol, Gvozdyk, etc. 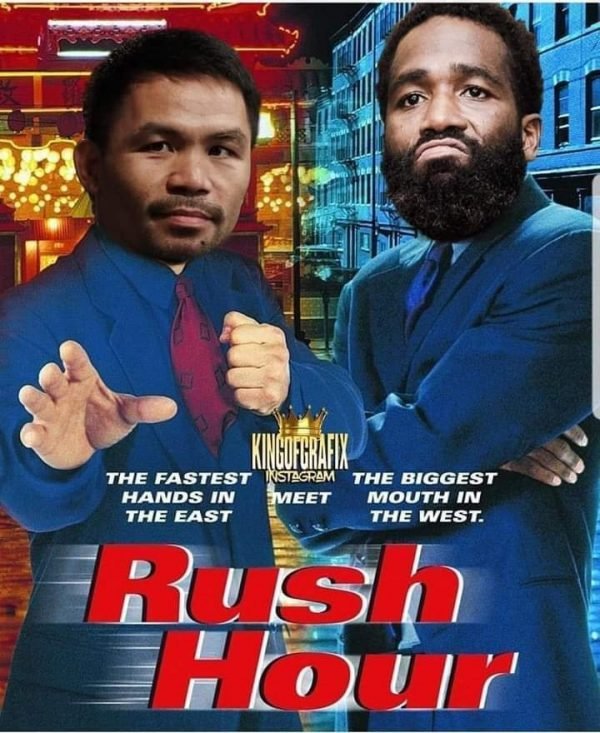 Well, there was biased judging, but if anything it was in favor of Broner. Most people saw that as a 10-2 type of affair. I don’t think that’s it. You can piece apart any fighter’s resume if you try hard enough.

*As always, a big thank you to anyone who participates. This week’s shout is for Jeff Jun Wei, who keeps providing me with material, and @HH_boxing, who gets on the list for the second time.

Pacquiao vs. Broner: Manny and the boy who cried wolf

This Saturday night live on Showtime PPV Manny Pacquiao returns to his ...