The biggest bout of the weekend was seen as a 50/50 affair by most, but turned into about a 75/25 after all was said and done. Caleb Plant boxed well behind the quick jab, landed sharp combinations, and played defense like a world class operator. His early pace saw him fade late, but not to the point where he was exhausted. I figure that will prove a valuable learning experience in the future.

It was good to see Guillermo Rigondeaux back in action, though the same can’t be said of Allan Green, who looked shot.

I’m sure I’m just one of many hoping for a Pacquiao stoppage next weekend. Don’t skip out of Nordine Oubaali vs. Rau’shee Warren, while you are at it. 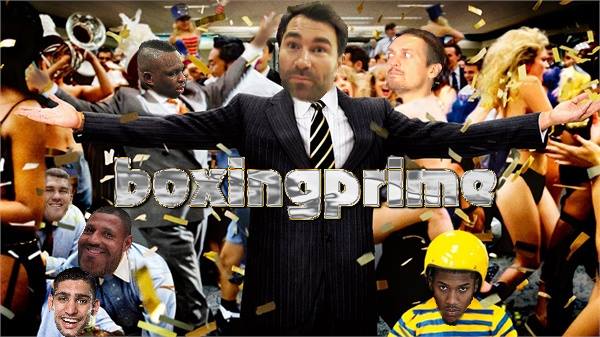 I want to know, too I thought this was trolling at first, but the comments section confirmed it wasn’t. Seems Calzaghe has some nutters, as well. Bud is not a threat… How much crow is he probably going to eat? *Thank you to Bob Day, who has contributed a number of times already.