Not a whole helluva lot to talk about in terms of what happened, but many of the year-end awards are being handed out. It’s seems all but unanimous that Oleksandr Usyk is the Fighter of the Year, and who else could it be? The man travels, gives us excitement, and comes out on top. He’s already an all-time great cruiserweight, as well.

Jose Uzcategui vs. Caleb Plant is on the menu this week, which should provide an interesting styles clash. Plant is a crafty boxer and Uzcategui is a workmanlike pressure fighter. Hard to call that one.

It’s good to see Guillermo Rigondeaux back in action, though at his age it’s hard to tell what he can provide. The word is that he wasn’t a big 122-pounder but claims he can’t go down to 118. I think we would have all loved to seen him in the World Boxing Super Series.Best boxing memes 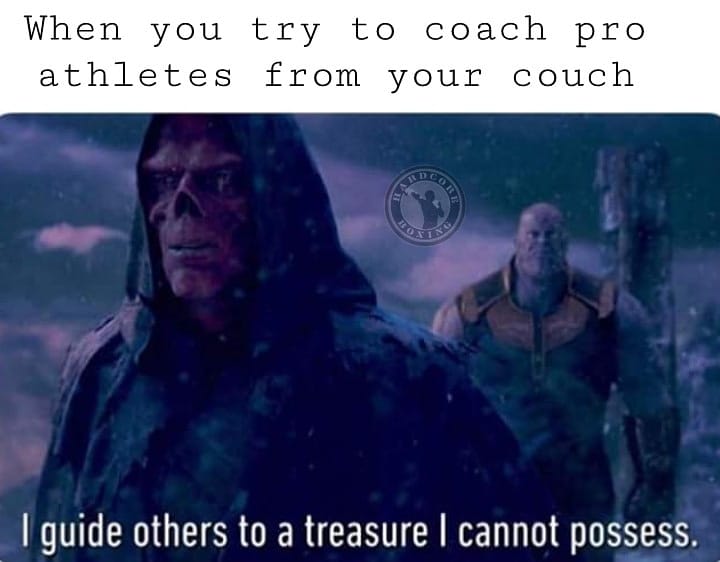 I get you love your son and all… Every single boxing historian I have ever seen comment on this knows Hearns would have been a stylistically nightmare for Mayweather. Shoulder-rolling Tommy’s right hand all night just isn’t in the cards. This photo lacks so much nuance it’s embarrassing.

I’m not a strong advocate of Marciano’s position all-time, it’s just not something I often think about, but even when you take into account the ages of Joe Louis, Ezzard Charles, Jersey Joe Walcott, and Archie Moore, there’s no denying all, maybe aside from Louis, were seen as his greatest challenges. Even Louis was a betting favorite going in, and while in retrospect it’s easy to see Louis wasn’t ready for Rocky, it should be noted he was still good enough to to work himself into a top position by overcoming Freddie Beshore, Omelio Agramonte (2x), Lee Savold, Cesar Brion (2x), and Jimmy Bivins–all of whom were, or would become top-10 fighters. Roland LaStarza, Rex Layne, the previously mentioned Freddie Beshore, Lee Savold, and Don Cockell were no pushovers for Marciano, either.

Uzcategui vs. Plant: Offense versus defense on FS1