A weird year comes to an end!

For the best site to bet on boxing, click here!

2021 was a strange year for boxing, but with that being said, the year finished with a bang! Let’s take a look at the year-end award winners!

Knockout of the Year

Lee is a destroyer, and he scored three knockouts during the year, and this fight against Samuel Teah was our knockout of the year! Brandun Lee With An Insane KO of Samuel Teah In Round 3 | SHOBOX: THE NEW GENERATION

Fighter of the Year

Usyk and Josh Taylor were our runners-up, but with just one fight each during the year, it was hard to justify either one of them winning over Canelo. Alvarez is an active champion which we rarely see anymore, and Saunders and Plant are excellent fighters that Canelo dealt with in a relatively straightforward fashion. Hopefully, we don’t see a move to Cruiserweight and instead watch Canelo try to clean out the Light Heavyweight division. With that being said, I think he goes for the easier marks at Cruiserweight, gets a trinket there and then move down to light heavyweight. Fight of the Year

It took way too long to get this rematch, but it was well worth the wait as these two warriors slugged it out in a classic matchup. Hopefully, a third fight will come in 2022. I thought Gonzalez deserved the decision, but this was a classic battle. Female Fighter of the year

Taylor has been an inspiration for any young girl that may want to get into boxing. Her skill level is high, and the way she carries herself in and out of the ring shows nothing but class. She defended her title three times during the year beating Natasha Jonas in a thrilling contest in Manchester, needing every bit of grit, guile and guts in a brilliantly entertaining 10-round contest. She also defeated Firuza Sharipova in a slightly scrappy affair in December. Hopefully, Taylor/Serrano is next. Performance of the year

Usyk may be the best pound for pound fighter globally, and he proved why as a big underdog against Anthony Joshua. Let’s get this straight, though; size is the only reason Usyk was an underdog. Usyk is an incredible fighter winning Olympic gold, becoming undisputed cruiserweight champion and never losing as a professional. I will add dominating Anthony Joshua to that long and distinguished resume. As per usual, Usyk did it in the other Fighter’s hometown. 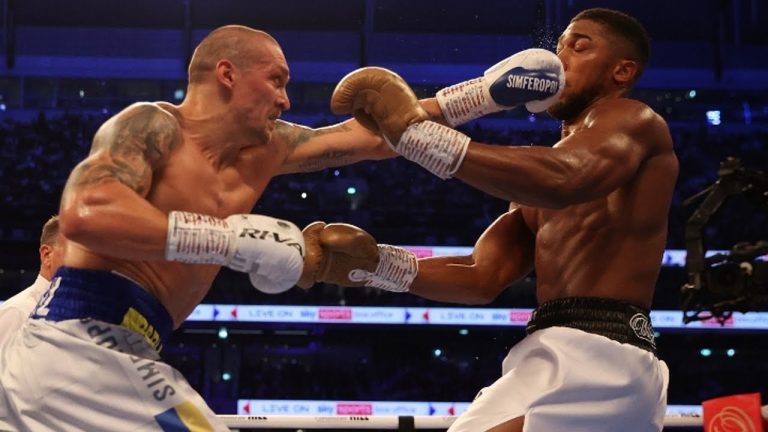 Upset of the year

After numerous postponements, Kambosos finally got the chance at the title, and he made the most of it by dropping Lopez in round one and winning 8 out of 12 rounds. Lopez did a lot of crying after the fight, but all of that makes no difference because at least on this night, Kambosos was the better man.

Canelo vs. Plant: The First 6 Rounds Will Tell A Story

This Saturday night the first-ever 4-belt undisputed championship at super middleweight will ...

Alvarez vs. Saunders: Can Billy Joe Give Canelo Run For His Money?

This Saturday night from the AT&T Stadium home of the Dallas Cowboys ...

This Saturday night live on FOX Caleb Plant takes on his IBF ...