The Grueling Truth - Where Legends Speak / Why Belmont Basketball is Special

Why Belmont Basketball is Special

What makes Belmont basketball so special?

Nashville: As the Belmont Bruins gear up for a postseason run in the OVC tournament and quite simply the NCAA tournament under head coach Rick Byrd. The Bruins are sitting at 21-7 overall and 13-2 in OVC play with Morehead State coming to town Saturday night, Belmont will look to extend their winning streak to three. However, that’s not what defines Belmont Basketball according to a Belmont student who described the sense of a close-knit family when describing Belmont baseball.

Senior Brittany Sullivan has been on the front line of the student section since her freshman year and even traveled around the OVC with her Belmont Bruins. She described what Belmont hoops meant to her in the following paragraph.

“I would say Belmont basketball is special because the coaches and players, for both men’s and women’s teams, are honestly really caring and great on and off the court. Obviously, our teams have been doing really well for a long time. The men have had 20+ wins for 8 straight seasons I believe and are always in one of the top places for conference play. They’ve only lost 2 conference games at home since being in the OVC. We rarely lose home games and the Curb just feels special in that way! This season I have been to every single conference game that Belmont has played in, home and away, and the atmosphere and excitement of the Curb are unlike all of those another arena’s. We don’t yell at our players or our Coach, we just have this trust that they can do it and will come out with a win. I’m a senior now and have seen almost 50 home games at the Curb. Only four of them were losses(2 of which were over winter break so there was no student section). Even when we are down by 10 our student section just knows how to keep cheering and trust that we can pull together a win pretty much always. The confidence feels earned, not smug and cocky.

I look forward to every single home game and have always been in the front row since my sophomore year. Right at the start of junior year one of the assistant coaches came up to my two friends and I and introduced himself during the team’s warmup. He thanked us for always going to games and being in the front row. At that point, since I had a car on campus I had also started going to more away games and he offered to put us on the pass list whenever we were going. Now that I go to pretty much every game we are always on the pass list and all of the other coaches have introduced themselves to us and thank us whenever they see us. At an Eastern Illinois game, 5 hours away from Nashville, my friend and I were up in the bleachers nowhere near the bench and waiting between women’s and men’s games for the men to start. Coach Byrd came all the up the stairs to introduce himself and talk to us for five minutes. It just so happened to be my birthday and WHAT a birthday treat that was. He asked us about where we were from and why we loved the games so much. At most away games now he will make a point to say hi to us and it really makes us feel special. Belmont basketball is special because the entire team is completely bought into Belmont and it’s vision, and are endlessly gracious and nice when they don’t have to be. I don’t think I would have ever gotten this experience at a Power 5 Conference or even with another mid-major school! “ 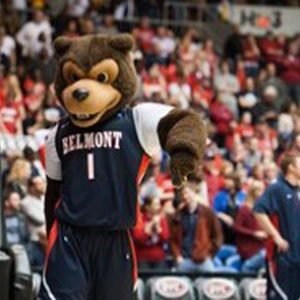 As you can see from this personal first-hand experience Bruins basketball is one that is very special to the Belmont University Community and traditions that have been carried throughout time will continue for years to come.

As I close out this article I would like to say I have enjoyed covering College Basketball this season and spending many Saturdays in different gyms across the South the one that I am most looking forward to the rest of the season is the Curb Event Center at Belmont University to experience first hand the traditions excellence that is Belmont Basketball.