Williams only played three seasons at Duke and he still finished his Blue Devil career tied with Gene Banks for No. 8 in points scored (2,079), No. 2 in assists per game (6.0) and No. 4 in career assists (644). Williams was a complete point guard who could drive it, dish it, and shoot it. 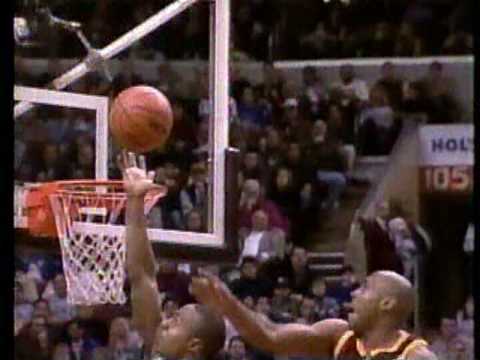 Ferry helped take the Blue Devils to 3 Final Fours during his time at Duke. Ferry finished his career 6th in career points (2,155), 7th in career rebounds (1,003), and 7th in career assists (506)—the only player in the top-10 of all three categories. In his junior and senior years, Ferry was named as the ACC Player of the Year, ACC Athlete of the Year, and a consensus All-American selection. As a senior, Ferry won most of the national Player of the Year awards. Danny, much like Battier, was the ultimate team player and spent a lot of time on the floor going after loose balls. Ferry was a winner. 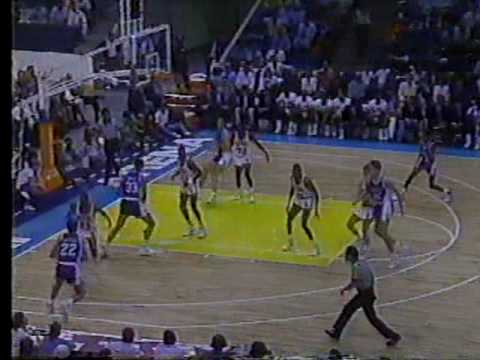 Groat is better known as a baseball player, but he was a great basketball player, averaging 23 points per game over his career with the Blue Devils. In 1952, he set the NCAA single-season scoring record (839 points; now held by Pete Maravich with 1,381 points). Groat was also named the United Press International’s (UPI) National Player of the Year in 1952. Nobody ever gave more of themselves on the floor as Battier did! On top of that, he was a great player. Battier finished as Duke’s all-time leader in charges taken with 111, 48 more than Billy King, who is in second place. He is No. 2 in steals (266) and No. 3 in blocked shots (254). The Blue Devils won 131 games in which Battier saw action, the most by any Duke player. Battier was an integral part of the 2001 Duke National Championship team. Heyman was a stud and averaged a double-double for his career. Heyman, a two-time All-American selection, is Duke’s career scoring average leader (25.1 ppg) and No. 4 in rebounds per game (10.9). Playing in just three varsity years (seniors were not eligible as a freshman back then), he is still No. 2 in free throw attempts (853) and No. 5 in made free throws (558). In his senior year, Heyman was selected for most of the 1963 national Player of the Year awards, the 1963 ACC Athlete of the Year and the Final Four Most Outstanding Player award. Heyman led the Blue Devils to the 1963 Final Four where they lost to the eventual National Champions Loyola (Chic). The Greatest Duke Basketball Players Ever

Dawkins is the man that started it all for Coach K, leading the Blue Devils to the 1986 NCAA Championship game. He was a slasher who could shoot; one of the best left-handed shooting guards in ACC history. A two-time All-American, Dawkins became Duke’s all-time leading scorer with 2,556 points, which stood until 2006 when J.J. Redick surpassed it. He is still the school’s leader in field goal attempts (2,019) and made field goals (1,026), and No. 6 in career assists (555). Just imagine the records he could have set if the three-point line would have existed when he played? With a three-point line, he may even have a National Championship ring. Reddick was the greatest shooter in Duke history. He finished his career with an NCAA-record 457 three-point field goals. Redick is the Blue Devils’ all-time leader in career free throw percentage (91.2) and had streaks of 54 and 43 consecutive free throws. Redick was a clutch player at Duke and was also the 2006 national Player of the Year. Hurley did not look like much physically, but he was a competitor who never backed down from a challenge. Hurley went to the Final Four three times and helped lead the Blue Devils to back-to-back NCAA Championships in 1991 and 1992. He was selected as the Final Four’s Most Outstanding Player in 1992 and a First Team All-American in 1993. Hurley remains the NCAA all-time assists leader with 1,076 assists. In crunch time he was as good as it gets at the point guard position. 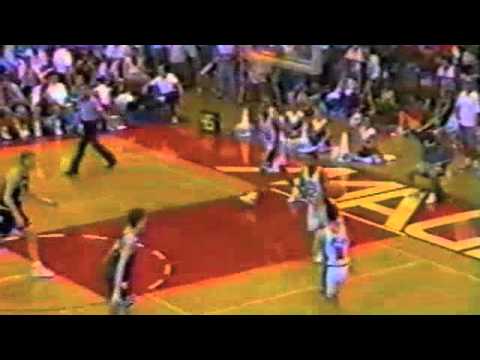 Check out the top sportsbook providers for betting on Basketball!

Hill helped the Blue Devils win NCAA titles in 1991 and 1992, and led Duke to the championship game once again in 1994. He was a complete player both offensively and defensively and you remember that dunk in the 1991 Championship game don’t you? He won the National Association of Basketball Coaches (NABC) top defensive player award in 1993 and in 1994.

No question at the number one spot for me, plus it pisses Kentucky fans off whenever they even see a picture of Laettner! Laettner is the only player in NCAA history to start in the Final Four all four of his college years. He owns the following NCAA Tournament records: Laettner is Duke’s No. 3 in career points scored (2,460) and total rebounds (1,149). Surprisingly, Laettner is Duke’s all-time leader in three-point shooting, hitting on 48.5 percent of his shots from beyond the arc. Laettner was a great leader while at Duke and he made everybody around him better.