It seemed like they were always in the zone

In his senior season, Dunham averaged 29.5 points per game and shot 92.1% from the free-throw line, leading the state of Indiana in both categories. He scored 45 points against Alexandria High School. Dunham was named Madison County Player of the Year as a senior after helping Pendleton Heights to a 23–3 record. Dunham was twice named All-State. Dunham finished third in Indiana Mr. Basketball voting, behind Gary Harris and Yogi Ferrell. He was named Herald Bulletin Player of the Year as a senior. He holds the record for the all-time leading scorer at Pendleton Heights with 1,899 points and led the Arabians to back-to-back sectional titles. Sam Alford claimed Dunham may have been the greatest high school shooter he ever saw. Bird’s high school career seems to get lost in the shuffle due to the legend he grew to be in college and later the NBA, but make no mistake, Bird was a legendary high school player.  He averaged 31 points and 21 rebounds per game during his senior season at Springs Valley. It gets overlooked because Larry never got his team past the regional round. Pavy was the runner-up for Mr. Basketball in 1959 to Jimmy Rayl and the two of them put on one of the greatest shooting displays in the history of Hoosier Hysteria in the famously called “Church street shootout game”. Pavy scored an incredible 51 points, while Rayl scored 49. The combined 100-point game did not have a three-point line either. Pavy would go on to play at Indiana where a tragic automobile accident would leave him paralyzed and end his promising career. Jimmy Rayl embodied Hoosier Hysteria as well as anyone. For him, basketball was far more than a game to be played. It was a genuine passion; you could tell it whenever you saw him on the court. His range was unprecedented, and the arc on his shot seemed to almost touch the rafters before falling through the net. The rivalry between Rayl and Ray Pavy was as good as any in the Indiana high school basketball annals.

He was 1959’s Indiana Mr. Basketball and the recipient of the Trester Award for the state of Indiana his senior year. Over three seasons, he recorded 1,632 points as a Kokomo Wildcat and 1,401 career points with the Indiana University Hoosiers. Rayl twice scored an IU school record of 56 points in a game, a feat that still is untouched. All-time single-game and career scoring leader for New Castle Chrysler High School, Alford scored 57 points in 1983 semi-state, 2,116 career points… Two years All-State, three years All-NCC, 1983 Mr. Basketball… played for his father, HOF coach Sam Alford. Just imagine if a three-point line had existed for Alford? He was great in the clutch and was as automatic as anyone who ever lived at the free-throw line. 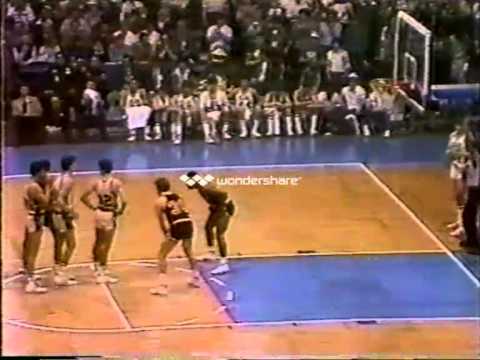 Mount was the first-ever high school basketball player featured on the cover of Sports Illustrated magazine. He would later lead the Purdue Boilermakers to the NCAA title game before losing to UCLA. Mount led his Lebanon Tigers in scoring, including 33.1 ppg throughout his junior and senior seasons.

His skill attract national attention. In 1965, Lebanon played Crawfordsville High School at Hinkle Fieldhouse in Indianapolis, Indiana. With more than 10,000 people in attendance, he scored 57 points in the game. At the end of his senior year, he won the Indiana “Mr. Basketball” award and was named “USA Basketball Yearbook Player of the Year,” given to the nation’s best high school player. He finished his Lebanon career with 2,595 points, currently the sixth-highest total in Indiana high school history. Mount is unquestionably the greatest shooter that Hoosier Hysteria has ever seen. 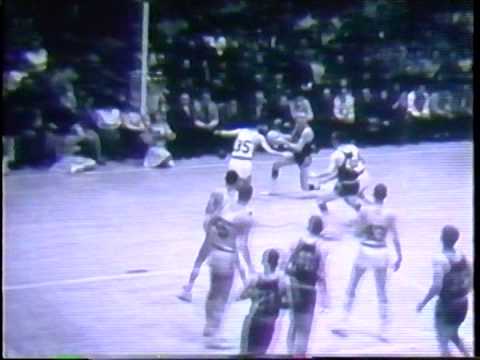 Nover, even though he was not part of the large recruiting class ...