The Grueling Truth - Where Legends Speak / Basketball News / Skill vs Luck: Can You Be Successful in Sports and in Life Without One or the Other?

Skill vs Luck: Can You Be Successful in Sports and in Life Without One or the Other?

“The harder I work, the luckier I get.”

“Luck is not sustainable. Skill is.”

It’s a fascinating debate and one which there simply no correct answer for. However, given a choice, is it better to be skillful or is it more advantageous to be lucky?

Sport is a fantastic environment in which to plot this debate because it seems as though when skill and luck are combined, you have an almost unstoppable force on your hands.

Here’s an interesting scenario that helps to explain the complexity of knowing what is skill and what is luck. Think about all those fun games that tend to happen at half-time in the NBA and other competitions. Spectators may be invited on to the court to take part in a series of games, and one will invariably involve throwing a blind shot at the basket – usually over his or her shoulder as they have their back to the net.

If they land the shot, would we class that as skill or as luck? Probably luck, most would agree.

But then what if you give LeBron James the same task, throwing the ball over his shoulder with his back to the net? If he lands the shot, is it luck or skill? This time, most would surmise an element of skill has gone into the play. 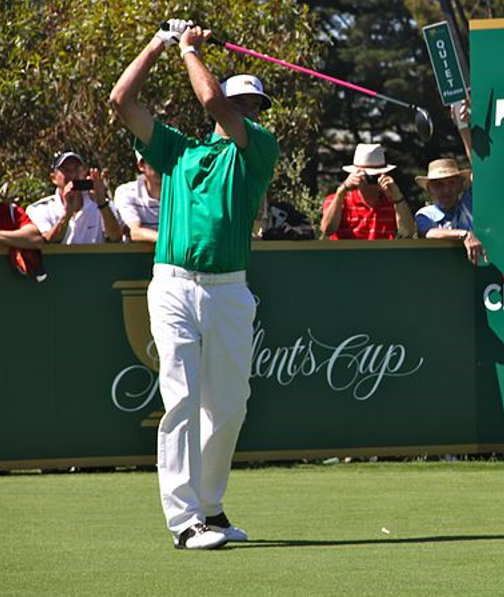 At the 2012 Masters golf tournament, Bubba Watson was embroiled in a play-off as he sought to win the famous Green Jacket for the first time.

On the second play-off hole, Bubba thwacked his drive some 340 yards… straight into the trees. He was left with a 160-yard approach shot to the green but, unfortunately for him, the thickness of the trees meant that he couldn’t find a pathway through.

Faced with a lay-up and a probable dropped shot that would have cost him the title, Bubba sensed this was a moment of destiny. And so he hit a deliberate hook shot, which swerved around 45 yards to his right, to circumnavigate the trees and land on the green. As most golf pros will tell you, hitting a massive hook with a wedge takes extraordinary skill – but the ultimate destination your ball also relies on a huge slice of luck, too.

In the end, Bubba Watson went on to win the Masters in 2012 to prove our conclusion: It’s better to be skillful AND lucky than just skilled alone.

There are examples away from sport that we can use to confirm the theory.

The skill vs luck debate is brilliantly brought to life when we talk about classic Las Vegas-style table games, like those found at Come On casino – we’re talking roulette, blackjack, baccarat and so on, the sort that have become very popular online in recent years.

It’s undeniable: Success when playing roulette is simply down to luck. On a good day, the ball will land on your chosen numbers more often than not – it’s not science, it’s not fate; it’s just good darn luck. And yet when we consider blackjack, we realize that the application of some skill in the form of perfect strategy – allied to a huge dollop of luck – will ultimately define whether we are successful or not.

You can be lucky and dealt great hands, but if you don’t know how to maximize profit with positive expectation plays then you reduce your chances of being long-term profitable. On the flip side, if you are dealt “unlucky” hands more often than not, then no perfect strategy will turn your session around.

Let’s consider a situation in the workplace where you and another colleague are going for the same promotion. You will be considered for the new role based upon your skill and aptitude – no luck required, you might think.

But what happens if you are taken ill as you are preparing your killer presentation, and the subsequent migraine means you are unable to focus on the task in hand? Does that mean you are not skilled? No, of course not, it’s just bad luck.

The Big, Tall Wish “In this corner of the universe, a prizefighter ...

The Grueling Truth Presents: Interview with Justin “The Just” Etheridge

As a die-hard boxing fan, I’ve always had a love/hate relationship with ...

FanDuel Bonus
Bet One, Get One: We’ll match your first bet placed up to $250 in free bets
T&Cs apply
9.4/10
Go to Sports Betting Bonus Comparison
Latest News
A case can be made for Joe Gibbs as the Greatest Coach in NFL history
The GOAT Many great coaches have played a ...
Carl Nassib signed by the Tampa Bay Buccaneers
After being released by the Raiders in March ...
Woodward out as the Manager of the Texas Rangers
On Monday, the Texas Rangers fired Chris Woodward ...
Top 5 Hardest Punchers in Light Heavyweight History
Top 5 Today we take a look at ...
Joey Votto talks about Playing At Field Of Dreams
Joey Votto has been one of the most ...
Best Sports Odds
Matched & EV Betting
How to’s of Sports Betting
Sports Betting Deposit Methods
Top Social Casinos
Social Casino of the month