With the completion of the 2018 NBA Draft, we finally know where all of this years rookies will be spending their first season in the league. While we can already predict the winners and losers of the draft, no one can truthfully foresee how each rookie will perform, no matter where they were drafted at (see Donavon Mitchell). Regardless, that won’t stop us from predicting which rookies exceed and fall short of expectations. Here is out Way Too Early NBA All-Rookie First Team Prediction for the upcoming season. 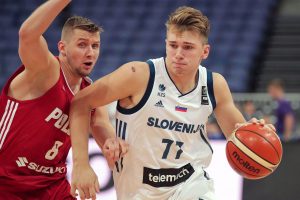 Why: Luka Doncic has the highest ceiling of any player taken in this draft and will have a chance to show it off in his rookie season. Doncic dominated all aspects of the game while playing in Europe (at only 19 years old, I might add), averaging 14 points, 5 assists, and 5 rebounds in only 25 minutes per game. He would go on to become the youngest EuroLeague MVP ever, all reasons why the Mavericks acquired him on draft night after being taken by the Atlanta Hawks with the 3rd overall pick.

While I believe Doncic is the future centerpiece of the Mavericks, he is still on a rebuilding team that will struggle in the Western Conference. He will make the All-Rookie team (and, possibly, Rookie of the Year) because he fill up that stat sheet on a nightly basis. Doncic will run point alongside Dennis Smith Jr. and will be able to run in transition much more often than he did while playing in Europe, which will lead to easier baskets and more assists. He will also find himself being able to collect lots of rebounds by being on a team with no real glass-cleaner. Baring any injuries or major inconsistencies, Doncic should have every chance to make All-Rookie First Team. 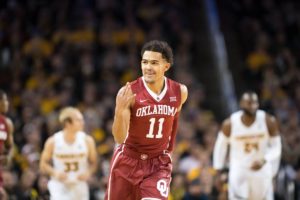 Why: While did not love this selection from the Hawks in the top-five picks, Trae Young definitely has some major upside. Young was the most electric player in college basketball this past season by averaging 27 points per game. Taking a dynamic player like Young could really help the rebuild if he pans out in the NBA, but there is a lot to be concerned about in his game too. At only 6’2, 180 pounds, Young is vastly undersized and could be taken advantage of on both ends of the floor. If Young is unable to get his shot off consistently, he will struggle.

Either way, the reason I believe Young will make All-Rookie First Team is because of his playmaking, not his shooting. It was obvious in college that Young was willing to get his teammates involved, averaging over 8 assists per game despite playing on a less than stellar Oklahoma squad. Young will find a way to score (albeit he may be inefficient) and will rack up assists playing surrounded by better players, which will land him on the NBA All-Rookie First Team. 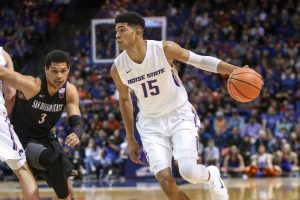 Why: Reports that Chandler Hutchinson had been promised to be selected in the late-first round proved to be true on draft night when the Bulls took him with the 22nd overall pick. Hutchinson wasn’t well known before the draft, averaging 20 points and 8 rebounds while playing for Boise State. Many believe this was a safe pick by Chicago since the 22-year old probably doesn’t have great upside.

I believe Hutchinson will exceed these expectations and make All-Rookie NBA First Team for many reasons. Hutchinson is a 6’7 wing with a 7’1 wingspan who can score from all over the floor. If he can develop a steady three-point shot (only 35% from three last season), he will be the complete package offensively. His stats and style of play also mirror Lakers forward Kyle Kuzma, who found success in his rookie season (and made All-Rookie first team himself). Hutchinson will also find himself in a starting role on a Bulls team that has no depth (or talent) on the wing and will get big-time minutes all season. He may not have the most upside, but Hutchinson’s situation and talent will land him on the All-Rookie NBA First Team. 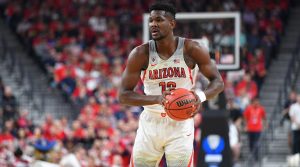 Why: With the first overall pick in the 2018 NBA Draft, the Phoenix Suns selected Deandre Ayton. Ayton had been the Suns guy since they won the lottery and they did not make any surprising moves on draft night. Ayton put up 20 points and almost 12 rebounds a game in college on 61% shooting. He is an old-school center who has an arsenal of post-up moves, a good face up presence, and a reliable mid-range jumper. There are some questions about his motor and defense, but his offensive skillset at such a young age made him the clear first overall pick.

Along with Devin Booker, Ayton will be the other centerpiece of the Suns offense. Phoenix is still rebuilding with many young, unproven players, and Ayton will be able to get his chance to shine from day one. While I do believe his intensity and defensive issues might hurt his winning stock in the long-run, his offensive game will also how to be a potential 20-point scorer a night early on, almost making him a lock for the NBA All-Rookie team. 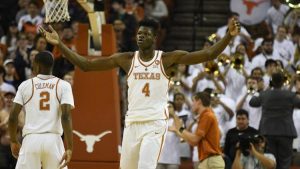 Why: I believe Mo Bamba will the most impactful player of this draft early on in their careers because of what he already brings to the table. Bamba averaged 13 points again in his only season at Texas, and that was without any offensive skillset or even a jump shot. In pre-draft workouts, Bamba has shown how he is not already grinding out his offense down low, but he is expanding his game to behind the three-point lie. His 7’10 wingspan will also make him an elite rebounder and excellent shot blocker from the time he enters this league, and will make his impact felt in the NBA early and often.

It is for those reasons why I think Mamba will definitely make the NBA All-Rookie Team. He is on a less than stellar Orlando squad where he will get high minutes off the bench, maybe even as a starter if he earns it. Bamba will also be a double-double guy from day one just due to his size and length. Combine that with the shot blocking abilities and his stats will look incredible, incredible enough to be named to the NBA All-Rookie team.

Game 3 Preview! Check out the best bookmakers for betting on the ...

Betting Tips The Phoenix Suns are just one win from a return ...

Giannis was out the Hawks had been dominant in a Game 4 ...

On Monday night the Los Angeles Clippers defeated the Phoenix Suns in ...