Today we are going to count down the greatest single-game performances in NBA Finals history.

If you are interested in betting on this year’s NBA playoffs, make sure you check out our info on sports betting sites!

Check out tour top sportsbook bonuses for betting on the NBA!

The Sixers were a huge underdog entering this series and they would eventually lose in just 5 games but Allen Iverson’s game one performance was one for the ages. Iverson scored 48 points, six assists, five rebounds, five steals and catapulted Philly to a 107-101 road upset in overtime. That night marked Iverson’s third straight 40-point effort during the playoffs — with the previous two coming in Games 6 and 7 of the Eastern Conference finals (against Milwaukee). 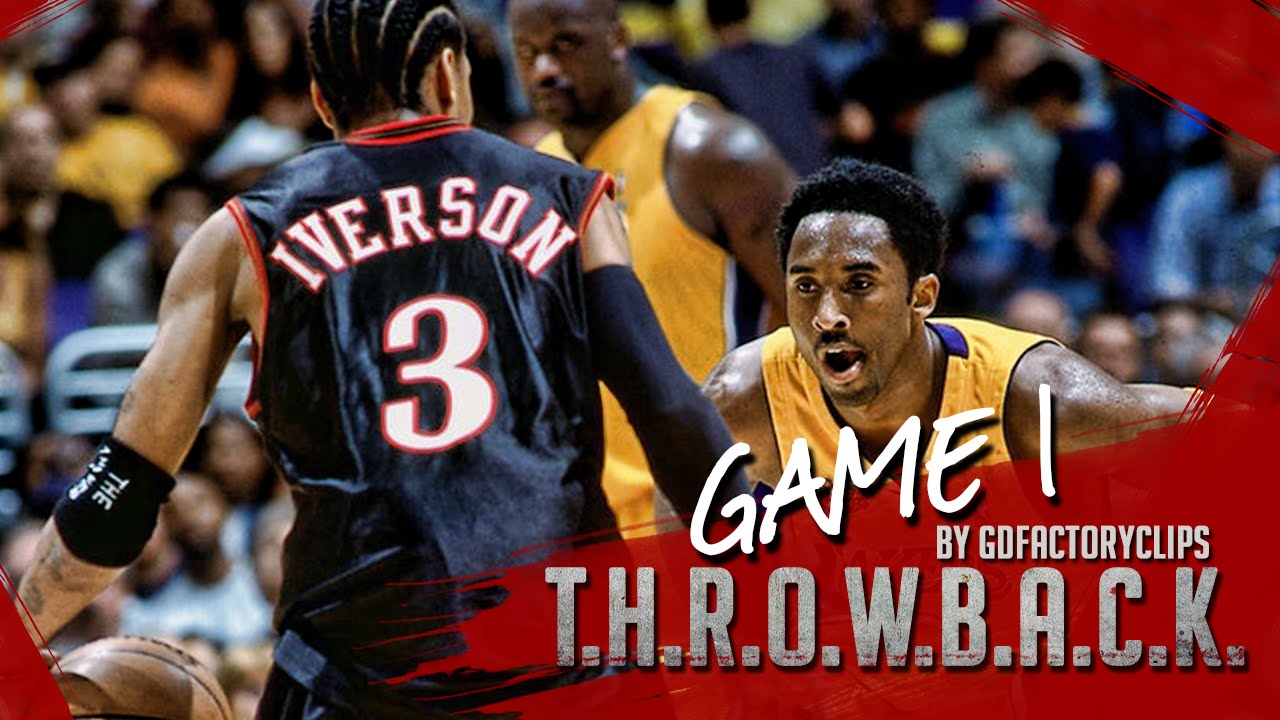 Nobody really talks about this one, but they should. The Boston Celtics won a double-overtime game 7 because of Tom Heinson. The Celtics stellar backcourt of Bob Cousy and Bill Sharman disappeared in this game shooting a combined 5-40. Heinson on the other hand was phenomenal scoring 37 points to save the Celtics. 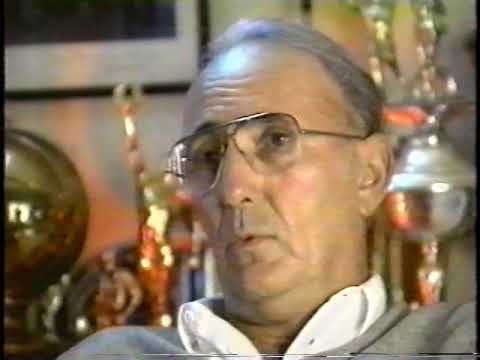 The Phoenix Suns had lost the first two games of this series at home and the series looked all but over. That was until a classic triple-overtime win in game 3 had put the Suns squarely back in the series. Jordan in game 4 scored 55 points and carried the Bulls to a 3-1 series lead over Charles Barkley and the Suns, the result of 21-of-37 shooting, eight rebounds, and four assists. It also stands as Jordan’s highest-scoring game during the NBA Finals. 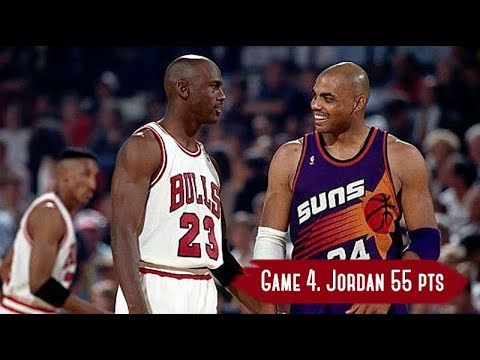 What really makes Barry’s performance in this game special was that it was against the 1967 Philadelphia 76ers (starring Hall of Famers Wilt Chamberlain, Hal Greer, Chet Walker, and Billy Cunningham) tabbed as the greatest team in NBA history. Battu scored 55 points in leading the underdog San Francisco Warriors to a thrilling 130-124 victory. The thing that makes this game for Barry even more remarkable was the fact that he had no three-point line and he was only 11-19 from the free-throw line. Barry could have easily set the NBA finals single-game scoring record. 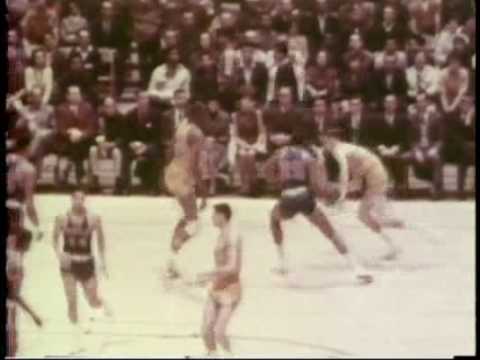 Pettit scored 50 points in this game that gave the Hawks franchise their only NBA Title. What made it more remarkable is that Pettit scored 19 of the Hawks last 21 points and every one of those points was huge as the Hawks clinched the Title with a one-point win over the Boston Celtics. 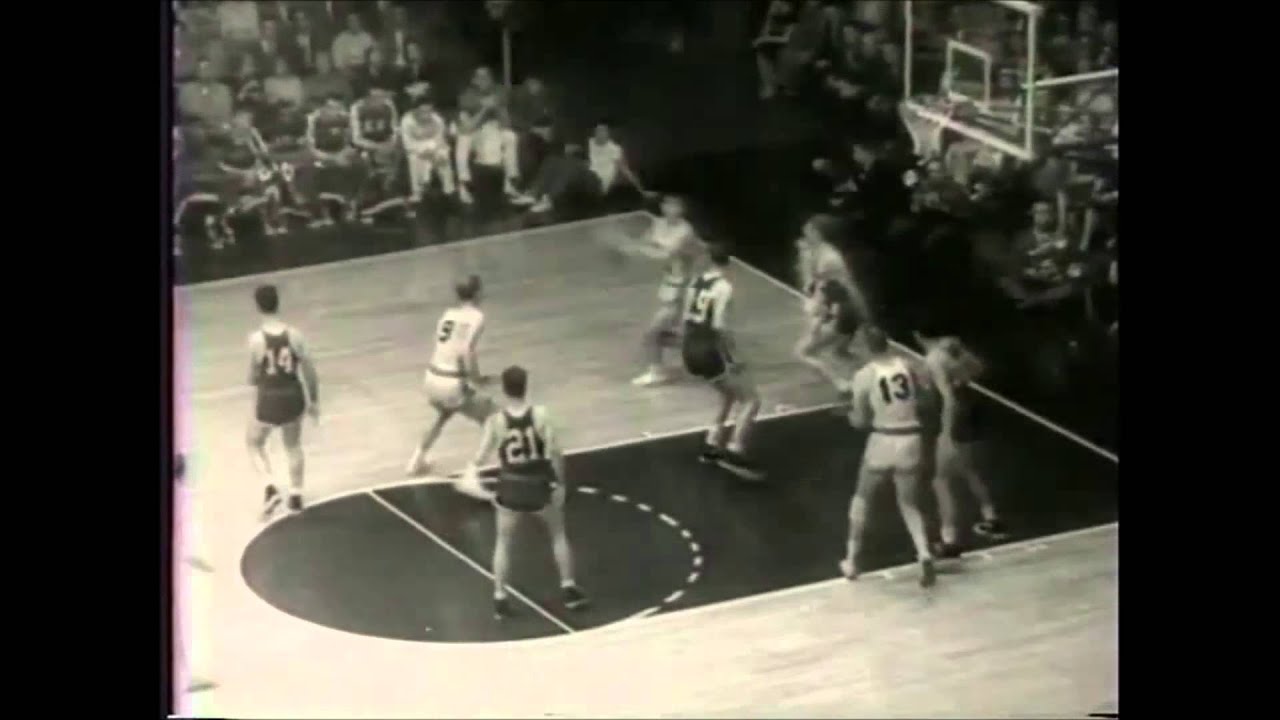 I know the Lakers lost this game 7 at home to Boston but it wasn’t because of Jerry West. West is still to this day the only player from a losing team to bring home an NBA Finals MVP. In-game 7 West kept the Lakers in the game scoring 42-points and securing 13 rebounds and adding 12-assist. 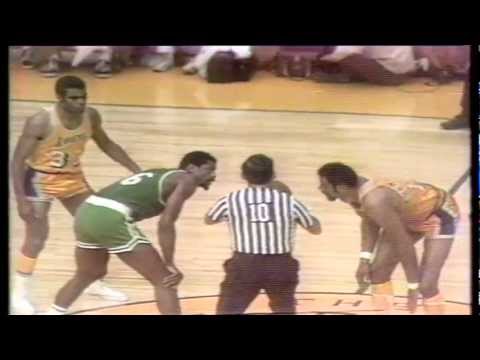 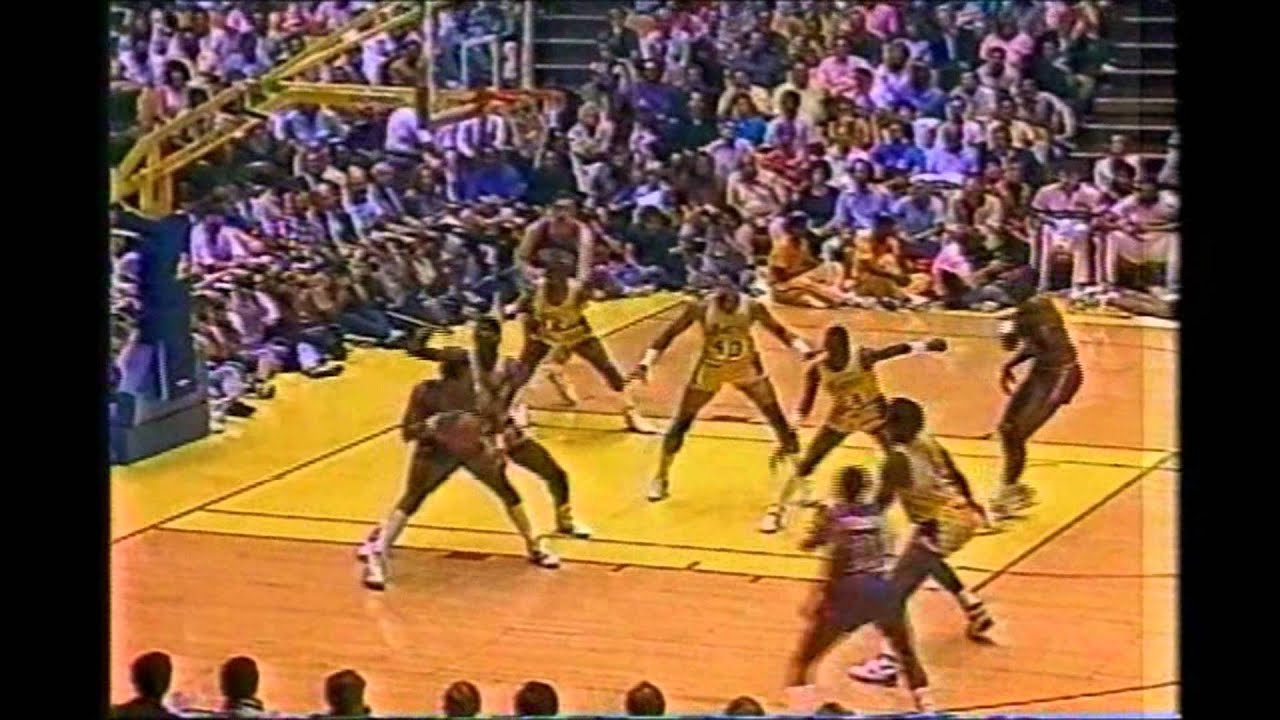 Everybody forgets because of Willis Reed’s first four points just how Special Frazier was on this night. Frazier dominated this winner-take-all classic for the Knicks, tallying 36 points and 19 assists in New York’s championship-clinching victory over the Lakers. For the night, Frazier made 12 field goals and all 12 free throws. Check out our guide to the best bookmakers! 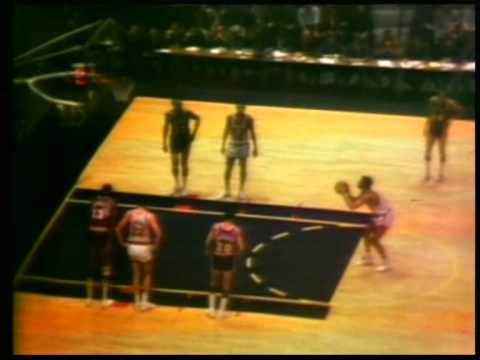 Baylor still holds the record to this day for the most points ever scored in a finals game as he tallied 61 points against the vaunted Boston Celtics. He made 22 field goals and 17 free throws. 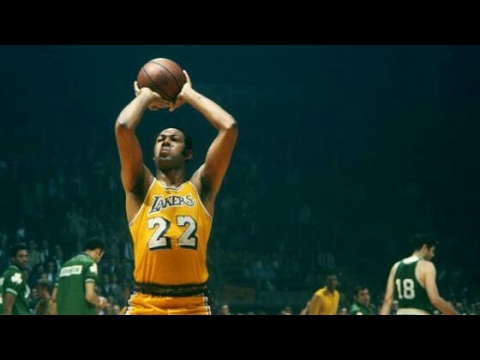 The Lakers in 1988 were vying to become the first team in two decades to repeat as NBA champions; and they would not have accomplished the feat, outlasting the title-worthy Detroit Pistons if James Worthy hadn’t carried L.A. on his back in the winner-take-all Game 7, racking up 36 points, 16 boards, and 10 assists. This led to a title that would stick with Worthy forever, Big Game James! 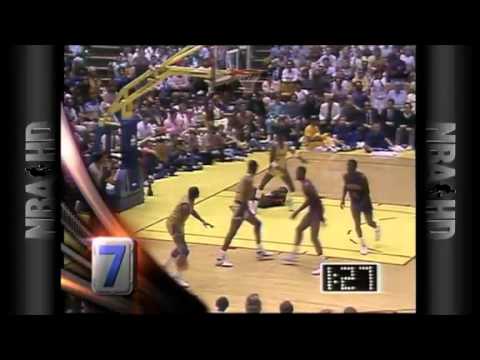 Check out the top sportsbooks to bet on the NBA Playoffs!

Magic Johnson rolled for 42 points, 15 rebounds, and seven assists in an NBA Finals game and that in itself is special, but the circumstances are what gets this performance ranked so high. Lakers center Kareem Abdul Jabbar was out with a sprained ankle and Magic lined up at center for part of the game, let’s face it in this game Magic did what had to be done to win a title and he did this in his rookie year. 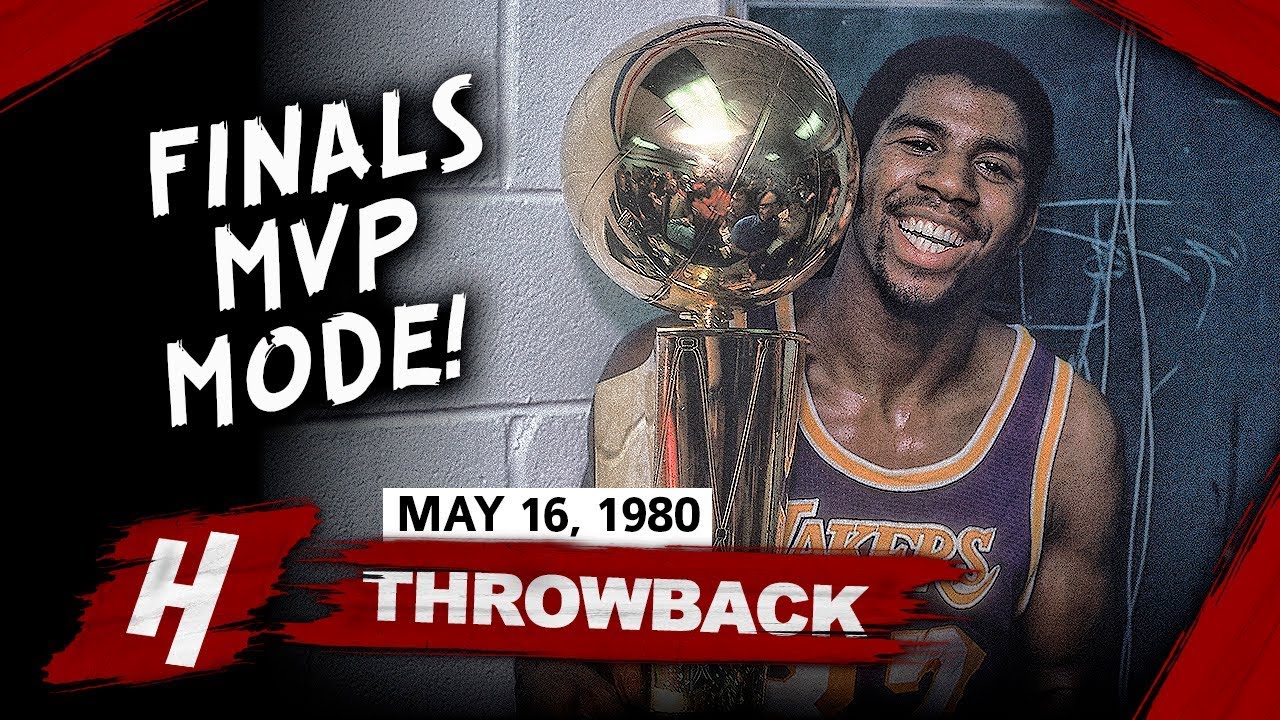 Russell’s ultimate greatness lies within Game 7 of the 1962 NBA Finals, with Russell absurdly notching 30 points and 40 rebounds and spurring the Celtics to a 110-107 overtime victory over the Lakers. Could you imagine if somebody had a game like this in game 7 of an NBA Finals today? 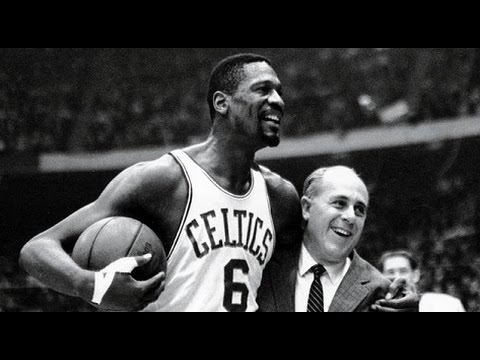 During the 2010s, NBA fans witnessed the retirement of two of the ...

During the 2010s, an elite trio of power forwards, all ranking among ...

FanDuel Bonus
100% up to $1000
T&Cs apply
9.4/10
Latest News
2022 NBA Eastern Conference Finals Game 6 Preview, Prediction and Betting Tip...
Game 6 Betting Preview The 2022 NBA Playoffs ...
The Top 20 Boxing Matches of the 1980s
Best Fights of the 1980s 20) Livingstone Bramble ...
Why has Eric Bienemy not gotten a Head Coaching chance in the NFL? LeSean McC...
Is it Racism? Former NFL running back LeSean ...
Tom Wilson to miss the first three months of 2022/23 NHL Season
Wilson is out for a while! Check out ...
The MAC Conference makes the plunge on Gambling money, more to follow?
The MAC takes the plunge into Sports Gambling ...
Social Casino of the month