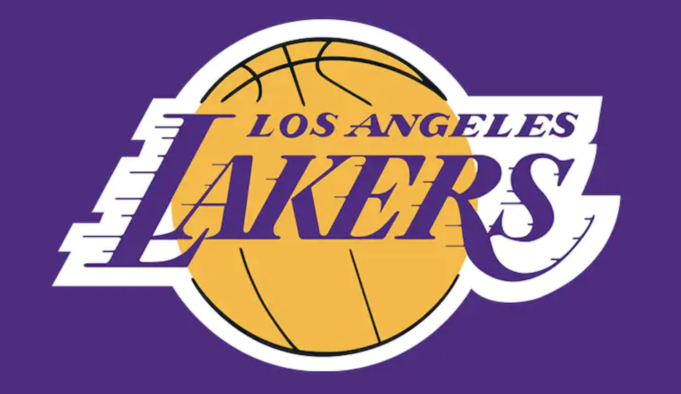 Less than eight months after capturing another NBA championship, the Los Angeles Lakers lost in the opening round of the 2021 NBA Playoffs. Anthony Davis missed most of the team’s final two games while LeBron James struggled to assert himself. The Lakers have a long offseason to get healthy and address their poorly constructed roster.

Entering the 2020 season, many analysts thought the Lakers had an even better team than during the bubble. However, injuries to Davis and James revealed the roster’s flawed nature. Los Angeles’ most recent team never gelled on the court, and it showed in the playoffs.

With a forgettable season behind them, the Lakers can focus on eliminating wasteful contracts and targeting reinforcements.

Schröder supposedly turned down a four-year, $84 million extension from the Lakers. The 27-year-old also removed “PG for the Los Angeles Lakers” from his Instagram bio during the playoffs. ESPN’s Adrian Wojnarowski claimed on his podcast that Schröder could seek a deal worth over $20 million per year in free agency.

The Lakers might’ve had enough of Schröder anyway. After a career year in Oklahoma City, the German point guard watched his field goal percentage plummet. Schröder disappeared in the playoffs too, scoring eight points on 3-13 shooting in Game 4 and zero points on 0-9 shooting in Game 5.

According to ESPN’s Ramona Shelburne, the Lakers became frustrated with Schröder before his postseason flop.

“The Lakers acceded to his request to start, and continued negotiating with his representatives on a rich contract extension,” Shelburne wrote. “But his play on the court frustrated some in the organization, according to sources. By the trade deadline, L.A. was including him in trade discussions for Toronto Raptors point guard Kyle Lowry.”

After getting eliminated by the Suns in Game 6, Schröder claimed he wants to return to Los Angeles.

We’ll see if he’s willing to come back at a price the Lakers can afford while still fielding a competitive roster.

Harrell is a fearsome competitor that carved out a role for himself in the NBA after falling to the second-round of the 2015 NBA Draft. However, the 6-7 center/forward hybrid didn’t get as many opportunities with the Lakers as he did with the Clippers. Harrell averaged nearly five fewer minutes and over four fewer shots per game with his new team.

The 27-year-old barely touched the court in the playoffs. Harrell was a healthy scratch in both Lakers wins against Phoenix and only averaged 9.8 minutes in the other four games. He scored 23 points during the entire series. In comparison, Harrell played at least 14.5 minutes in every playoff game for the Clippers last year and averaged 18.7 minutes per outing.

Harrell penned a heartfelt message to Lakers fans on Instagram shortly after the season ended, writing, “Thank you Lakersnation and The Purple and Gold Franchise for allowing me to add another page in the book of Trezz.”

That line could signal Harrell preparing to decline his player option and sign elsewhere, or it’s just part of another end-of-season post. Only time can reveal Harrell’s intentions.

Dudley only played 81 minutes for Los Angeles this season, while McLemore played 368. Neither are priority free agents. Matthews played 19.5 minutes per game and posted the worst field goal percentage of his career. The 34-year-old wouldn’t have seen much time if not for his defense. Morris played 19.7 minutes per game and averaged the fewest points per matchup in his career. The declining 31-year-old also had a horrendous shooting season.

While Matthews and Morris played significant minutes, they were less impactful than Caruso and Drummond. Caruso didn’t score much, but the defensive specialist shot over 40% from three this season. He also posted a defensive box plus/minus score of at least 2.3 for the second straight year. Los Angeles should prioritize keeping Caruso.

Drummond is a big-name player, but he largely hurt the Lakers in the playoffs. The soon-to-be 28-year-old clogged driving lanes on offense and looked lost during defensive sets. While Drummond played nearly 25 minutes per game for Los Angeles and averaged a double-double, he shouldn’t be a part of the team’s offseason plans.

Per Marc Stein of the New York Times, the Lakers promised Drummond a starting spot to reel in the buyout free agent. That colossal mistake cost Los Angeles court spacing, quality defensive possessions, and maybe Harrell’s loyalty. It was a short-sighted, inept move by the front office.

Jovan Buha of The Athletic believes that Drummond’s time in Los Angeles is at an end, unless he takes a serious pay cut.

“Drummond is an archaic archetype, one that doesn’t translate well to the postseason as a starter,” Buha wrote. “The Lakers pumped him up all season only to bench him in their biggest game of the season. His future is somewhat tied to [Marc] Gasol and Harrell, both of whom will be covered below. But unless he’s willing to accept a veteran minimum offer, or one of the Lakers’ available exceptions, depending on who they renounce and re-sign, Drummond will likely be elsewhere on opening night 2021.”

As a former All-Star, Drummond could easily command several times the veteran minimum on the open market.

Kostas Antetokounmpo, Devontae Cacok, and Talen Horton-Tucker are restricted free agents. Antetokounmpo spent the last two seasons with Los Angeles, but he’s only played 76 minutes for the purple and gold. With Kostas’ older brother, Giannis, locked up in Milwaukee on a long-term deal, keeping the younger Antetokounmpo doesn’t offer Los Angeles much.

Antetokounmpo is currently training with the Greek national team ahead of the Olympics.

Cacok joined the Lakers in 2019, but he’s only played 107 minutes in 21 appearances. Unless Los Angeles views the 24-year-old as a long-term developmental project, it’s unlikely he sticks around for another year.

Horton-Tucker appeared in 65 regular season games for the Lakers this year and averaged 20.1 minutes per outing. He doesn’t have a reliable three-point shot, but that doesn’t prevent the 20-year-old from letting some fly. The front office loves Horton-Tucker and wants to keep him around for future playoff runs.

There’s a chance the Lakers lose Horton-Tucker if another team offers the developing Iowa St. product too much money.

Los Angeles has one of the most poorly constructed rosters in the NBA. Only Kentavious Caldwell-Pope, Davis, Marc Gasol, James, and Kyle Kuzma have guaranteed salaries moving forward. Alfonzo McKinnie has two non-guaranteed years remaining on his contract. Of those six players under contract for at least 2021, only Davis and James are consistent contributors.

The Lakers limited their options in free agency by giving too much money to below-average players. Caldwell-Pope got a three-year deal worth slightly over $39 million. He didn’t even score ten points per game this year despite playing 28.4 minutes per night.

Next season marks the start of a three-year, $39 million deal for Kuzma, who never developed beyond his inconsistencies. The Lakers might ship off the soon-to-be 26-year-old before he even plays a game on the new deal.

“The Lakers have grown frustrated with Kuzma’s inconsistency and are going to look at trading him this offseason,” the agent claimed. “Rob Pelinka won’t move him for cheap, but if he can be packaged to add better talent around LeBron and AD, they will do that. Kuzma will be on the trade block this offseason and quite a few teams are expected to show interest.”

Pelinka finding a suitor for Kuzma shakes up his team’s cap situation quite a bit. For now, we’ll operate as though the controversial forward doesn’t get traded in the summer.

The NBA’s salary cap this season was around $109 million, and the luxury tax was $132.6 million. According to Spotrac, Los Angeles already has $105.278 million tied up in the five guaranteed contracts mentioned earlier. That number rises over $107 million if McKinnie sticks around. Harrell could also shake things up by opting into his $9.72 million player option.

The Lakers can use the mid-level exception this offseason to add a free agent worth roughly $9.8 million for the 2021 season. However, the organization doesn’t have many other possible moves. Davis and James cost too much for this team to make a run at any of the NBA’s best free agents.

Outside of trading Kuzma or flipping Schröder in a sign-and-trade, the Lakers could go after outside shooters like Wayne Ellington, Patty Mills, or J.J. Redick. Carmelo Anthony shot over 40% from three this season, and he fits Los Angeles’ price range. Blake Griffin is another cheap former All-Star with a low price tag. Austin Rivers has some upside as a facilitator.

Another reunion with Dwight Howard seems unlikely, but the Lakers need someone with his interior defensive presence. Drummond and Gasol didn’t cut it this year.

It’s almost impossible to imagine Los Angeles adding noteworthy starters this offseason because of cap constraints. They’ll be lucky not to lose their free agents, let alone sign some other team’s.

State of the Stars

Davis only played in 36 games this past season. He missed time with back spasms, a calf strain, and a groin injury. The groin injury kept Davis out of Game 5 against Phoenix. The 28-year-old tried to play in Game 6, but he had to leave the court after less than six minutes. The Lakers crumbled without him.

Davis has a lengthy injury history. He hasn’t played more than 70 games in a season since 2017. The former first overall pick only has two regular season campaigns with over 68 games played. When healthy, Davis is a top-ten two-way player with elite versatility. However, his health remains a constant concern.

James also missed significant time in 2020. The 36-year-old suffered a high ankle sprain after playing 41 of the season’s first 42 games and looking like an MVP candidate. He only played in four of Los Angeles’ final 30 matchups before averaging 37.3 minutes per game against the Suns.

The Lakers signed James coming off a year where he played in all 82 games and led the NBA in minutes played. It was a dominant final showing in Cleveland by the King, but he hasn’t replicated that availability in Los Angeles. Since joining the Lakers, James has only suited up for 167 of 225 regular season games (74.2%).

The short turnaround for the reigning NBA champions didn’t help their chances of repeating. Los Angeles clinched its record-tying 17th title on October 11. The Lakers opened their 2020 season 72 days later, on December 22.

Maverick Carter revealed several years ago that James spends about $1.5 million per year on healing and maintaining his body. A 72-day offseason following a physically and mentally tiring two-and-a-half-month stint in the bubble is incompatible with that process.

Limited time off negatively affected many players this season. Data compiled by ESPN’s Baxter Holmes shows that 5.1 players per game sat out because of non-COVID-19 related injuries. That’s roughly 5% higher than the next highest mark since ESPN began tracking this sort of data during the 2009-10 season.

Holmes’ article also included a relevant stat from the Elias Sports Bureau that revealed how disruptive the short turnaround was for the league’s superstars. According to Elias, this year’s All-Stars missed 370 out of 1,944 possible appearances (19%), translating to 13.7 regular season games missed per All-Star. It’s the highest percentage of games missed by All-Stars in NBA history.

The Lakers still arguably have the best duo in the NBA. However, Davis and James desperately need a full offseason to heal their minds and bodies. Don’t expect to see much public basketball action from the stars until at least August.

According to The Athletic’s Joe Vardon, neither Davis nor James will play for Team USA in the Tokyo Olympics. The two stars “are officially on vacation” and looking forward to re-establishing themselves as the NBA’s best duo next season.