The Grueling Truth - Where Legends Speak / LeBron vs. Ingraham

A new feud has erupted with another collision of sports and politics. Laura Ingraham and LeBron James are the unlikely feuding duo. It began with an interview Lebron James and Kevin Durant did with Cari Champion of ESPN. For a full look at the interview click here. 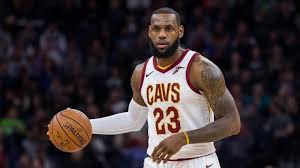 Most of the interview is very good. It talks with the biggest stars of the NBA and about where it all began as they drive around Akron, Ohio, James’ hometown. It did turn political. LeBron James and Kevin Durant were quite critical of the President of the United States, saying he does not understand the people he leads. He also says that the Office of President is no longer a position to look up to. Nothing objectionable or offensive but also nothing enlightening.

Laura Ingraham hosts her own show on Fox News. She is a vocal advocate of President Trump. At one point it was rumored she would be in his administration. Ingraham used her platform to attack James (For the full clip click here). She mainly attacked his expertise and intelligence, specifically on issues of politics.

At this point, there is nothing to be particularly critical of. Lebron James has a large microphone, he is a high-profile individual in our culture, he has every right to express opinions on politics and culture. How much credit we give to him and his opinions is what Ingraham is questioning. Again, there is absolutely nothing wrong with that. If LeBron enters the waters of politics, those that make their living on politics should and will pick apart what he says. Is she demeaning and insulting, yes. Would America be better served with politeness and class on both sides, yes.

Laura Ingraham finishes her monologue telling LeBron to, “Shut up and dribble.” This is unhelpful in our current political climate. Telling someone to shut up is the opposite of American politics. The ability, no matter your background or expertise, to comment on politics and political leaders was the founding and heartbeat of our country. But LeBron himself is not having a conversation. He is sitting in a car surrounded by like-minded people. He does not reach out to Trump nor reach across ideological lines. 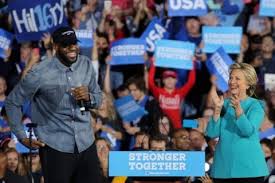 It is the reactions that have been most outrageous to this feud. Kevin Blackistone accused racism, which is ridiculous. Ingraham had similar criticisms of Meryl Streep, as white as white gets. She even wrote a book “Shut Up and Sing: How Elites from Hollywood, Politics and the Media are subverting America”. It’s obvious this is a common theme of hers and that does not include race in the narrative. Others tried to make the argument of James’ brilliance because of his philanthropy work. James has done much good with the millions and millions of dollars he has earned over his career. But to somehow make the argument that LeBron knows more about politics than Ingraham or is smarter than her because of this is a joke. 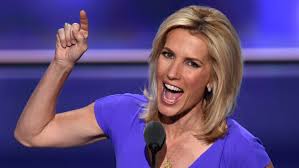 Ingraham is an immensely brilliant and talented woman. She went to Dartmouth College, has a Juris Doctor degree from Virginia Law. She has clerked for U.S. Supreme Court Justice Clarence Thomas. She developed her own brand in conservative talk radio and as said before was rumored to be on the short list for Press Secretary for President Trump. Her credentials when it comes to an understanding of politics far outranks James. That does not diminish James’ ability to express opinion. But it also gives Ingraham the credibility to question him.

James has doubled down on the controversy saying how important he is. “I mean too much,” he said. He speaks about how important he is to his children and wife. Which of course is true. His role as father and husband outranks anything else he does. But he goes on to say he “mean’s too much” to the entirety of American society. If people are looking to a sports figure to answer all their life decisions, we are in a dangerous place. If a kid, no wonder his background, is looking to James to tell him about politics we are doing something wrong. There are millions of experts in those fields, let’s raise their profile a little bit more. This controversy has called into confusion celebrity and expertise.

Both Ingraham and LeBron are winners in this feud. LeBron gives voice to what many think of Trump and his administration. He stands for free speech and free thought. Ingraham gains notoriety for going after a high-profile athlete. Ingraham gives voice to the frustration of many on the Right that feel celebrities overuse their platform and do not get challenged on it enough, that there is no discussion just lectures. It may be us that are the losers, as a continuation of insults are thrown and a lack of actual communication occurs.

Will Durant be the one to end the Golden State Warriors era?

Kevin Durant made the Golden State Warriors an unbeatable force of nature, ...