The Grueling Truth - Where Legends Speak / Indiana dominates North Carolina 77-65, what we learned?

It wasn’t that Indiana beat North Carolina on Wednesday night; it was how they beat North Carolina! It was like going back to the 1970s and 80s as the Hoosiers’ defense was suffocating and did not let the Tar Heels breath; nothing was easy against this Hoosier defense. The Hoosiers made the extra pass on offense and the defense switched like they have been playing together for years. This deep team will be hard for anybody to deal with this season. So overall, what did we learn from the Hoosiers’ victory?

Check out our top sportsbook for betting on Indiana Basketball

The Hoosiers get after it on the defensive end.

This was the biggest issue over the last decade, whether it was the era of Archie or the Tom Crean offensive show. Hoosier fans, at least older fans, were used to suffocating defense and over the last decade, that has been mainly non-existent for the Hoosiers. Check out the top basketball betting strategies for betting on the Indiana Hoosiers.

Things look to have turned for the Hoosiers as the interior defense was suffocating. The Hoosiers switched seamlessly on defense, reminiscent of a bygone era when Hoosiers played with pride and determination.

North Carolina couldn’t get going on the offensive side. The Tar Heels were held to 33.9 per cent shooting from the field and only 15-of-41 (36.5%) from 2-point range by Indiana. UNC was unable to score, and IU was able forcefully to challenge twos and threes on the bounce.The only thing that kept the Tar Heels in the game was free throws, as it seemed every Hoosier big man started the game off with three fouls. The only uncontested shots North Carolina could get came from the free-throw line.

If defense wins championships, the Hoosiers have a shot this season.

Finally, while watching this team play defense, do you think Coach Woodson said something like this during a timeout early in the game? “I mean, he’s chewing gum. By the end of the game, I want to know what flavor he is. Alright?” Sorry I can not help references to the movie Hoosiers! 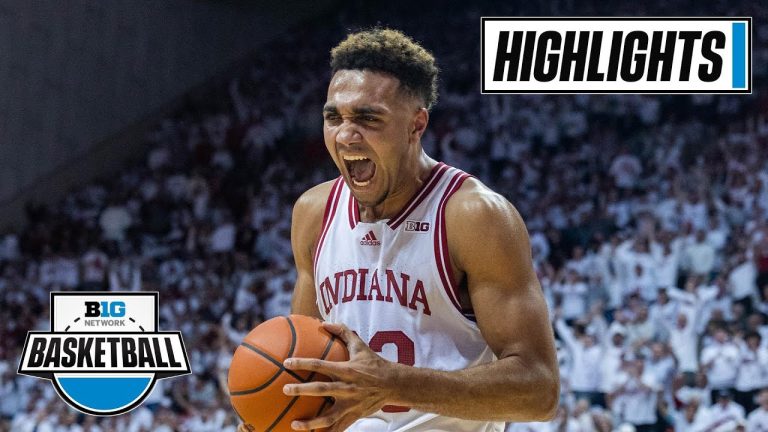 The Hoosiers owned the inside.

Indiana had enjoyed beating up on mid-majors in the paint, but it was reasonable to wonder if this would hold against UNC. In the paint, UNC was outscored 50-24 by the Hoosiers; Trayce Jackson Davis beat up Tar Heel star Armando Bacot in their matchup. Although the overall defense was relentless, Trayce Jackson Davis won the game. He had no turnovers on the night. Indiana was able to shoot 28-of-49 (57.1%) from two-point range on the night.

Check out the top sportsbooks for betting on the Indiana Hoosiers

Jay Bilas has the line of the night

Last night, Bilas had a good line talking about how long Race has been at IU, saying that he thought Branch McCracken originally recruited him. I am sorry, but that was hilarious. Check out the best basketball odds for betting on the Indiana Hoosiers.

Om Saturday, the Hoosiers will go on the road for the first time as they open Big Ten play against Rutgers. The Scarlet Knights are 5-2, but the quality of competition has not been very good so far this season. If this Hoosiers team is indeed turning a corner, this game should be a win.

Previous article
« USC vs Utah – PAC 12 Championship Odds, Picks & Predictions: 12/02/22
Next article
Patriots vs Bills: The Keys to a Patriots win in a must-win situation »