Closing Thoughts From The C-USA

Frisco: Mayhem in Frisco is about the only way you can describe this week’s action at The Star. The week started with a bang in the men’s bracket with a massive upset of conference power Middle Tennessee State at the hands of the Southern Miss Golden Eagles. That loss ended up costing the Blue Raiders a spot in the NCAA Tournament after being a top 30 RPI team all season. On the Women’s side, the Western Kentucky Lady Toppers took home the crown for a second straight season after knocking off the Lady UAB Blazers who won the regular season crown. After a week covering the conference, I compiled a short list of thoughts to tie the knot on an amazing week in Frisco. 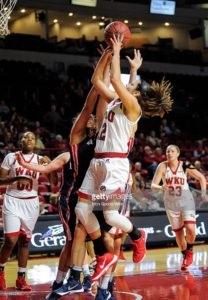 In conclusion, the Conference USA did an amazing job with this tournament and C-USA fans need to celebrate this event every March for this event is very special and unique to this great conference. The Tournament will make repeat stop in Frisco next March so be sure to come out and support your team in such a great event.