The Grueling Truth - Where Legends Speak / Oregon vs. Michigan Sweet 16 Preview and Prediction

A few weeks ago Michigan was on the bubble and Oregon looked like a team that would reach at the very least the sweet 16. Since then Oregon suffered a major injury that made it look much tougher to reach this point and Michigan went on a run that has actually turned them into a small favorite in Vegas entering this matchup.

This is actually very simple for the Ducks, if their shooters are on they should win this game. Tyler Dorsey and Dillon Brooks will be the key to this game. They give the Ducks one of the best backcourts in college basketball and that’s what you need come tournament time to make a deep run. The difference in their second round win over Rhode Island was their ability to defend the perimeter and this will be another key once again. 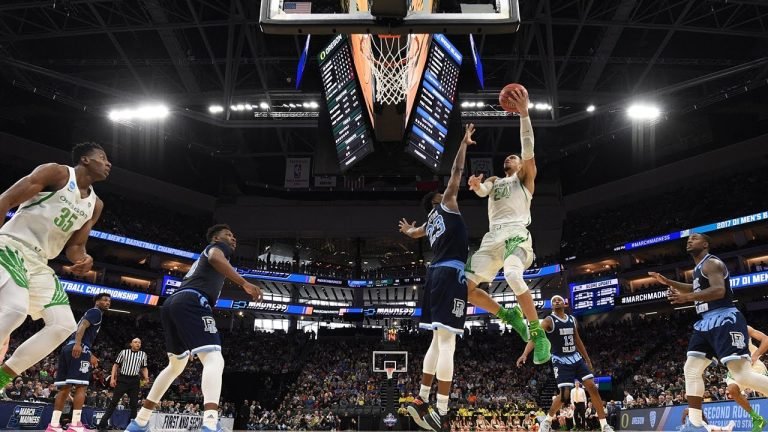 Michigan’s key has to be the ability to defend the perimeter and to win the turnover battle. They were outstanding in both phases of the game in their second round victory over an excellent Louisville Cardinals team. If Moritz Wagner can be as good from the floor as he was in the game against Louisville, the Wolverines will be in excellent shape. Wagner was a brilliant 11-of-14 from the field for 26 points. Another big contributor to the Wolverines effort was Derrick Walton Jr. who continually created open looks for his teammates, know the key could be can he make his own shots? Walton was 3-13 against Louisville. This game is a tossup to me that will be decided in the last few minutes. Michigan as of late has looked like the proverbial team of destiny and I think that will continue on for at least one more game. I think the biggest key will be Walton will shoot the ball better in this game than he did against Louisville and the Wolverines pull this one out late. Michigan 88  Oregon 87