Can the Cats quiet LaVar Ball

Kentucky and UCLA are two of the most storied programs in NCAA Basketball’s long history. And make no mistake about it this will be a big time matchup between two excellent Basketball teams.

Of course, as always when UCLA is playing the big story of the game is not the young men playing it will be as always LaVar Ball, Lonzo Ball’s dad who has a tendency to say stupid things that put himself in the spotlight. Here are some of his quotes about the Kentucky Wildcats.

LaVar Ball has some advice for the Wildcats, who lost to UCLA in a close game early in the season.

“Don’t try to beat them at running,” the LaVar Ball said when asked for the advice he’d give Kentucky. “You can’t outrun my boy. He’s being running that fast all his life. Don’t play that game with him. That’s what I see. UCLA has too many shooters. Too many, and you give my boy that many shooters you’re out of luck.”

And what about his tips for the UCLA Bruins? You know, the team he’s pulling for in this long awaited rematch.

“Just play the same game they always play,” he said. “You can pack it in and make Kentucky shoot the ball.“And then at the end, if you’re ahead, all those guys are alpha dogs. So everybody is going to turn into Michael Jordan on that team, and then it’s going to be hard. What UCLA does is they play with great chemistry. That’s a huge thing when you can have all of these guys shoot the ball, and nobody’s saying, ‘Hey, I’ve got to shoot five in a row.’ ”

As always LaVar Ball ruins a great matchup with stupid, inane comments, but what would you expect from a man that inserts himself into his son’s spotlight as often as he can. LaVar Ball is the epitome of a man trying to living through his son because he never had the talent to do what his son can do. That’s enough about LaVar Ball, let’s take a look at this high-octane matchup.

Lonzo Ball just needs to be Lonzo Ball; Ball can put a team on his back and carry them across the finish line. So if you are, UCLA get him the ball!. Another key will be Bryce Alford if he is on then combined with Ball this game will be a wrap. The Bruins in this tournament have been great at controlling time of possession and defending the perimeter, and these two things will be key in this game also. 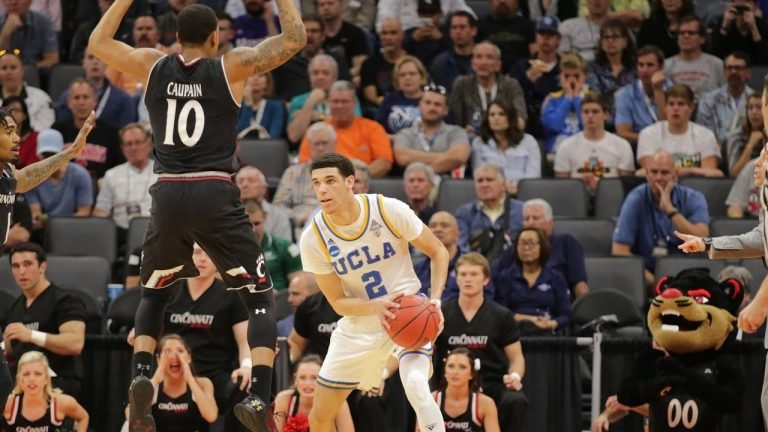 The biggest key for the Wildcats will be getting Malik Monk to regain his shooting form; Monk has struggled as of late shooting the ball and the Wildcats will be in trouble if he continues to struggle. Another key that they struggled in the first two games of the tournament was rebounding the ball. If they lose the rebounding battle to UCLA, they will most likely lose this game. I think Kentucky comes out and plays inspired basketball especially Malik Monk who is too good of a player to continue to struggle.Lonzo Ball will get his but I think UK will rebound the ball well and defend the rest of the UCLA team well and the Cats squeak out a close one. Kentucky 88  UCLA 85 and my last prediction for this game is that LaVar Ball will have a ton of excuses!