People have doubted Gonzaga all year and they did nothing to erase those doubts this past weekend. They looked tight in both wins as they only led 16 seed South Dakota State by four points at the half and in round two almost blew a 22 point lead over the Northwestern Wildcats. West Virginia on the other hand, served notice that they are a National Title contender as they won both games more on the offensive side of the ball with their shooting. “Press Virginia” as they are known played strong defense this past weekend, but the deciding factor was their ability to put the ball in the hole. If West Virginia’s offense continues playing this way they will be a tough out for anybody in the country.

The Zags need a big game from center Przemek Karnowski who only had four points at the half against Northwestern, but he still heavily impacted the game despite his low-scoring output. He is a rarity these days a talented big man who impacts the game even if he is not scoring and because of this, he opens up the floor for his teammates. I expect West Virginia to rotate several guys on him and be very physical with him to try to wear him down. For the Mountaineers it comes down to this, if they can play a complete game on offense and defense they will advance. They are long and athletic and cause multiple problems for offense’s when they are on defense. The offensive end is where at times they have been inconsistent. Against Notre Dame, they shot the ball well and were efficient in their half-court sets, if they can do this again they will win the game. 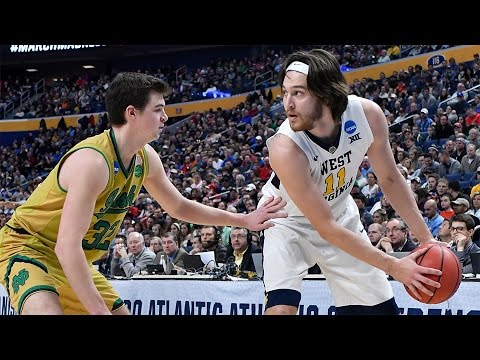 Previous article
« The Future of Boxing is a Woman
Next article
Kansas vs. Purdue Sweet 16 Preview and Prediction »