Memphis: On a cold brisk afternoon in the 901 The Tigers hosted the Golden Knights of UCF in a must-win for both teams after coming into the game with back to back losses. The game was as back fourth as they come both teams fought for the win with the Golden Knights coming out on top by four 68-64.

What’s next for the Tigers? That question has been asked by many members of the Tiger Nation as the Tigers fall to 14-11 on the season and a dismal 5-7 in conference play. Head coach Tubby Smith came out in the press conference and said the team had to keep a “ positive” attitude toward the rest of the season which in theory is wonderful but with former players speaking against the head coach much like Anderson did on Saturday it makes the situation much harder. In Tubby’s defense, he started with a program in a bit of uprooting after Pastner departed two seasons ago for Georgia Tech, with that being said I feel like Tubby deserves more time to build his team with his guys. Tiger Nation stay patient Tubby will have Memphis back in the NCAA tournament given the correct amount of time needed. 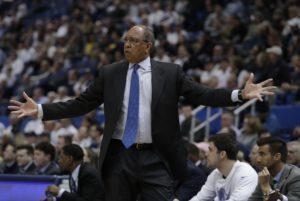 This game had a few bright spots however for the Tigers as they extended the three-point streak to 577 consecutive games dating all the way back to the start of the 2001 season when the Tigers didn’t make a three all game in a loss to Alabama. Kyron Davenport led the Tigers with 23 points, 6-8 from the field, 2-2 from behind the arc, 9-10 from the charity line, and 8 rebounds.

Random facts from the game: 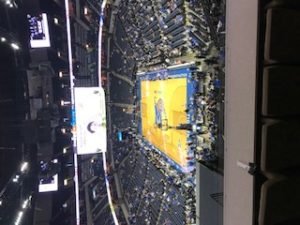 One of the fight game’s greatest and most unheralded welterweights, ‘The Barbados  ...