1) Trae Young from Oklahoma is the best player in the country – Face it, very few of the readers of this article had ever even heard of Trae Young before this season started. After his first couple weeks he looked like a sure thing to be Freshman of the Year, but what he has recently accomplished makes him look like a sure-fire National Player of the Year! In just three weeks’ time, Young has become a phenomenon. He leads the nation in scoring (28.5) and assists (10.2), and if he’s able to maintain those facts, he’ll become the first D-I player in history to officially do it. Check out his highlights against a good Northwestern team. If you haven’t seen him play yet this game will tell you all you need to know about Trae Young.

2) The Arizona State Sun Devils may be the best team in the country – Arizona State deserves to be ranked number one. Not only are they undefeated, they also own wins against Xavier and Kansas, and those two wins are as good as it gets. Bobby Hurley’s team opens Pac-12 play on November 30th against in-state rival Arizona which looks to be one of the best games of the young season so far. 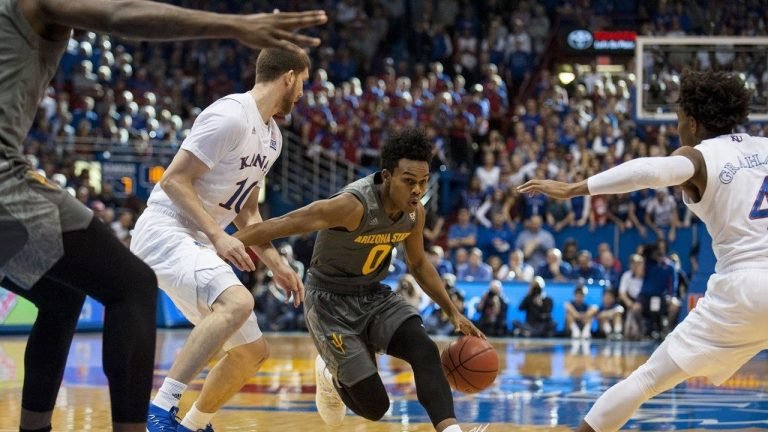 3) The Big Ten is terrible – Outside of Michigan State I see no other possible Final Four teams out of the Big Ten. Purdue looks like the best shot to make a March run outside of Michigan State. Minnesota and Northwestern have been disappointments and Indiana, Iowa, Wisconsin, Illinois and Nebraska all have at least five losses already. Rutgers and Ohio State do look to be better than expected but overall the Big Ten looks weak this year.

4) Miles Bridges has been good not great – Bridges is averaging 16.8 points, 6.7 rebounds, 2.3 assists and 1.3 blocks. For anybody else these would be great numbers but for a player who was expected to be the National Player of the Year they have been somewhat of a let down, and he has not had the impact of a Trae Young, Trevon Blueitt, Marvin Bagley, or Deandre Ayton.

5) The Xavier Musketeers look like a Final Four team – This shouldn’t be a surprise to people but the Musketeers are real good. After barely making the tournament last year and then advancing to the Elite Eight, the Musketeers have continued that success this year. The Musketeers are a talented, well-coached team that can win a National Championship.

6) Where’s Kentucky? – The Wildcats are a team that usually gets a ton of attention but this year you hardly hear them mentioned. Why is that? The main reason has been the schedule has not been a killer and the only ranked team they have played was Kansas and The Jayhawks gave the Wildcats their only loss. But make no mistake, you will be hearing from these Wildcats soon! The Cats are still a very talented team and they look like the class of the SEC once again so give it another week or two and nationally there will be a lot of talk about Kentucky.