After all of the craziness of the past several weeks, we will have a matchup of two number one seeds. In one corner you have a blue blood with five titles, and in the other corner, you have a mid-major that over the last 20 years has turned into a powerhouse. So let’s break the game down and see how this matchup could turn out.

For the Bulldogs, Karnowski and Collins have to stay out of foul trouble. In the game against South Carolina, the Bulldogs had the game in total control leading by double digits until these two both got into foul trouble. Without these two on the inside, the Gamecocks mounted a late game rally and almost pulled off the comeback. These two HAVE to stay out of foul trouble if the Zags want to win this game. Williams-Goss and Jordan Matthews will have to knock down their shots to loosen up the Tar Heels defense. 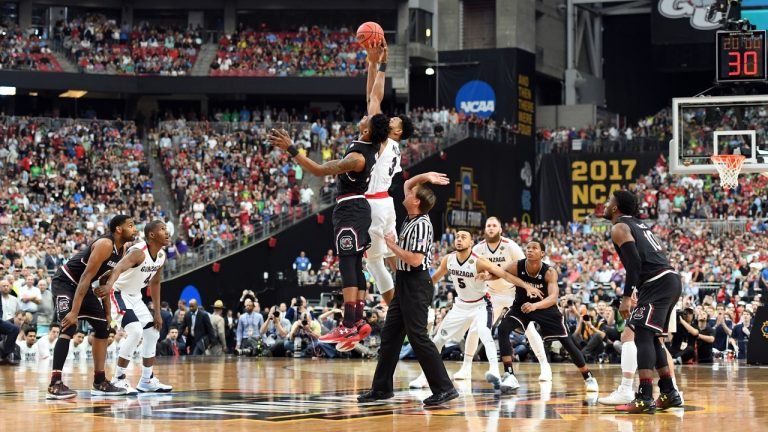 Berry and the Tar Heels must play better to have a chance in this game. Berry made just 2-14 field goal attempts against the Ducks, and if he plays like this against Williams-Goss, the Heels will be done. Meeks and Jackson have to control this game on the inside they have a tall task against Gonzaga, but athletically they are better than the Zags big men, the question to me will be are they tough enough? I am tired of the constant excuses made for Berry; I am sick of hearing about it. If he is in the game, he should be able to perform, and I think Williams-Goss will impose his will on Berry. Overall I think this game will be decided by one simple word, that word is toughness and Gonzaga is a tougher team and they will impose their will and win this game. Gonzaga 81  North Carolina 77