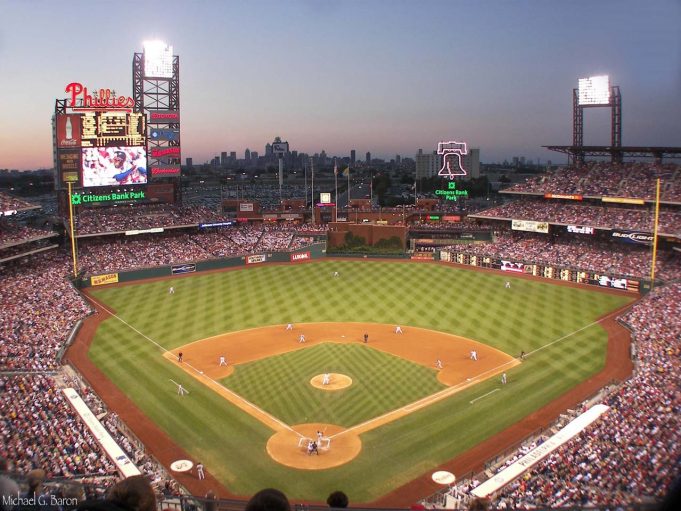 There is no better feeling for fans of Major League Baseball (MLB) than the Opening Day. It’s a chance for fans of all teams to reset their expectations and dream of the World Series once again. The MLB 2019 season is an extra-special campaign given that it marks the 150th anniversary of professional baseball in the U.S. Undoubtedly one of the most fascinating divisions to keep an eye on in 2019 will be the National League East. That’s because virtually every team has a realistic opportunity to qualify for the post-season; either by Wild Card or as a divisional winner.

Given that you can separate most of the sides in the NL East with a matchstick, it’s important to know what could go right and wrong for the division’s contenders in 2019. A predictive software, PECOTA from Baseball Prospectus, believes the Phillies and the Nationals could tie for first place, followed by the Mets and the Braves, with the Marlins very much bringing up the rear. Bar the Marlins, the rest of the teams are likely to be in World Series contention until the bitter end. Let’s take a look at what could define the MLB 2019 campaign for the NL East favorites.

Philadelphia Phillies: Looking to build on an active offseason

The 2018 offseason was undoubtedly one of the most active in terms of new faces in the Phillies’ roster. In fact, many would suggest that this overhaul was needed to complete the team’s long-term rebuilding process. Their strong offense is expected to be the backbone of any push to win the NL East. Following an 80-82 finish last time around, the data analysts project the Phillies achieving their best finish in eight seasons this year.

The heavy-hitting is likely to come from the heart of the Phillies’ line-up, with new signing J.T. Realmuto joining Harper and Rhys Hoskins. The PECOTA predictive software anticipates this trio hitting at least 75 home runs, although there is nothing to suggest they couldn’t aim for three-figures. Where the Phillies let themselves down compared with their nearest likely challengers, the Washington Nationals, is their starting pitching. It’s not quite as on-the-money as the Nats’ equivalent but could still be enough to get them over the line.

Washington Nationals: Keen to put a troublesome 2018 behind them

The Nationals endured a difficult 2018, characterized by injuries to key players and poor team morale. They started the 2019 season as second favorites to win the NL East at +275, behind the off-season champions, Philadelphia (+175). There is a general feeling in the air that the Nationals could click quite radically in 2019 and turn their 82-win 2018 campaign into a 92-win 2019 campaign with relative ease. Encouragingly, the Nationals’ offense still ranked third in the NL for runs in 2018 despite a season of underperformance. That’s in spite of a mere 95 game appearance record from Adam Eaton and just 85 appearances from Ryan Zimmerman. Meanwhile starlet, Victor Robles, was virtually robbed of an entire MLB season through injury.

It would appear that Eaton, Zimmerman and Robles are all in rude health ahead of the new season, which can only be good news for Nationals’ fans. However, one player who will be lining up against the Nats rather than for them is Bryce Harper, who was enticed to the Phillies and could play a part in denying his former employers’ NL East title hopes.

Atlanta Braves: Lack of offseason activity could hurt them

It is fair to say that the Braves have a lot of promising young talent in their ranks. Ronald Acuna Jr. received the NL Rookie of the Year prize last year, with fellow newcomer Mike Foltynewicz also impressing on debut with 202 strikeouts over 183 innings. Johan Camargo struck some fine blows with 19 home runs but looks likely to be displaced in 2019 by big-money recruit, Josh Donaldson. The 33-year-old has agreed a $23 million one-year contract, with the length of his deal based on a torrid last two years with injury. However, if Donaldson can put his injury nightmare behind him, the Braves could have a mighty middle line-up alongside the likes of Freddie Freeman and Acuna Jr.

The Braves’ rotation is also certain to be where they let themselves down, with few elite-level replacements waiting in the wings, unlike the Nationals’ rotation. The Braves could find themselves wishing they had invested on more than just Josh Donaldson come to the end of the 2019 season.

The Mets’ new General Manager, Brodie Van Wagenen has sought to quickly stamp his mark on the roster ahead of the 2019 season. A host of free agents have been brought to the party, including Jed Lowrie, Wilson Ramos, and Jeurys Familia. Meanwhile, second baseman and future Hall of Famer, Robinson Cano, was traded from the Mariners. The Mets’ offense ranked just 14th in terms of batting averages in 2018 and Van Wagenen has certainly made good ground with transforming the Mets into a more cohesive offensive unit.

Whether the Mets will have enough to outslug the likes of the Phillies and J.T. Realmuto remains to be seen, but it certainly promises to be a more eye-catching season for fans at Citi Field.

In an article discussing the contenders for the NL East, it would be wrong to talk about the Marlins in such glowing terms. Make no bones about it, there is very little to get excited about with baseball in Miami at present. In fact, the PECOTA system projects the Marlins finishing the 2019 season as the second-worst team in the MLB behind the Orioles. Nevertheless, the Marlins could still have a major say in which team is eventually crowned NL East champion. If the Marlins take some shock wins against the likes of the Phillies or the Nationals that could be enough to tip the balance elsewhere. In a division where fine margins will matter more than anywhere else, the Marlins could hold the key to the NL East crown. One thing is for certain, this division will not be signed, sealed and delivered until Game 162 of the 2019 campaign.