Check out the top sports betting sites for betting on Baseball!

This was a World Series where the home team won every game during the series. Game 7 was highlighted by a masterful pitching performance by Twins starter Frank Viola. The Twins trailed early 2-0 and did not take the lead until the 6th inning on Greg Gagne’s two-out hit, putting the Twins up 3-2. Jeff Reardon came in and closed the game out, giving the Twins their first-ever title. A back and forth World Series, which in game 7 saw the Brewers jump out to a 3-1 lead. The Cardinals came back and scored three runs in the sixth and two in the eighth. Bruce Sutter closed the game. People forget about this World Series because Rollie Fingers was injured and couldn’t pitch if the Brewers have Fingers. Do they win the series? People seem to forget that the Red Sox led this game at one point, 3-0, before the Mets tied it with three runs in the sixth. In the seventh, John McNamara brought in Calvin Schiraldi, and Ray Knight greeted him with a home run. The Mets scored twice more, the Red Sox made it 6-5 in the eighth, but the Mets tacked on two more runs, and then Jesse Orosco celebrated. People blamed a curse, but I blame McNamara, who did a terrible job managing the Red Sox in games 6 and 7 of the series. Maybe the most underrated World Series in history, six games were decided by one run. Game 7 was no different. The A’s broke a 1-1 tie in the sixth when then-unknown backup Gene Tenace hit a go-ahead double; he hit four home runs in the series. Ralph Terry, who had served up Mazeroski’s historic home run in 1960, took the shutout into the bottom of the ninth for the Yankees. Matty Alou led off with a bunt single, but Terry struck out Felipe Alou and Chuck Hiller. Willie Mays then doubled down the right-field line, Roger Maris making a great play which held Matty at third. That brought up the fearsome slugger Willie McCovey. The Yankees elected to pitch to McCovey instead of Orlando Cepeda. On the second pitch, he drilled a line drive … right to second baseman Bobby Richardson, one of the most heart-stopping endings in game seven histories.

This was a World Series where it seemed every game lasted 4 hours or more. The Indians had their first World Series title since 1948 in their grasp, leading 2-1 entering the bottom of the ninth. But Jose Mesa couldn’t hold the lead, and then Tony Fernandez let a ground ball go through his legs in the 11th, and Edgar Renteria drove in the winning run with two outs. The winning pitcher? Jay Powell. No, it was Jay Powell. This was a great game that was forgotten because of what happened in game 6. People forget the Reds entered the 6th inning trailing 3-0. Tony Perez hit a two-run homer in the sixth off of a Bill Lee ephus pitch; the Reds tied it on Pete Rose’s two-out single in the seventh and scored the winner on Joe Morgan’s two-out bloop single in the ninth off an obscure rookie reliever named Jim Burton. The Reds would sweep the Yankees in 1976; two become the first National League team to win back-to-back world series in decades. The Diamondbacks dominated the first two games of the series. The Yankees recovered with three straight wins in New York, including two dramatic games that ended in walk-off home runs. Game 7 featured four likely future Hall of Fame pitchers: Curt Schilling and Roger Clemens started, Randy Johnson and Mariano Rivera factored in the decision. The Diamondbacks rallied with two runs in the bottom of the ninth of the invincible Rivera, winning on Luis Gonzalez’s walk-off single. The Yankees thoroughly dominated in the three games they won, but the scrappy Pirates won the close ones. As everybody knows, the Pirates pulled the dramatic upset when Bill Mazeroski hit a walk-off home run to clinch the series for the Pirates. Check out the top new sportsbooks! 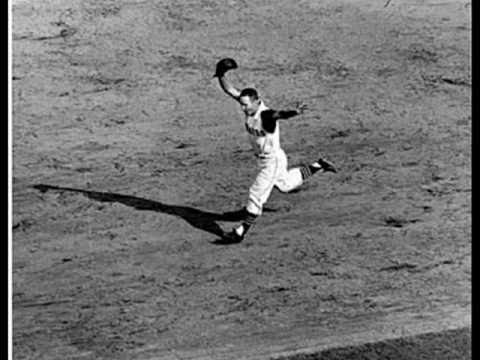 This series was exceptional from the start; three games went extra innings, four were walk-off wins, and five were decided in a team’s final at-bat. Morris’s ten-inning shutout is maybe the most significant game anyone has ever pitched, considering the circumstances. Check out the top sportsbooks for betting on Baseball!

Game 7, an 8–7 victory in 10 innings, marked the fifth time Game 7 had gone into extra innings and the first since 1997 (which the Indians also lost). It was also the first Game 7 to have a rain delay which added to the drama as the tenth inning was about to start. The Cubs became the sixth team to come back from a 3–1 deficit to win a best-of-seven World Series, following the 1925 Pittsburgh Pirates, the 1958 New York Yankees, the 1968 Detroit Tigers, the 1979 Pittsburgh Pirates, and the 1985 Kansas City Royals.

Game 7 was more than a classic, with the game tied 6–6 after nine innings, a sudden cloudburst resulted in a 17-minute rain delay. During the wait, Cubs right fielder Jason Heyward called his teammates into a weight room behind Chicago’s dugout and told them, “We’re the best team in baseball. . . for a reason. . . So stick together, and we’re going to win this game.”

When play resumed in the top of the tenth, Kyle Schwarber led off with a single off Bryan Shaw to the right and was replaced by pinch-runner Albert Almora. Kris Bryant then hit a deep fly ball to center, and Almora tagged up and advanced to second base in what was called the “savviest baserunning play of the season. After an intentional walk to Anthony Rizzo, Ben Zobrist stepped up to the plate. Zobrist had been 0-for-4 in the game, but he delivered a clutch RBI double into the left-field corner, scoring Almora and breaking the tie, making the score 7–6. Zobrist later said, “I was battling, grinding up there. Fortunately, that last one he left over the plate and up to where I could slap it down the line, and that was all I was trying to do.

After another intentional walk to Addison Russell, Miguel Montero, who had replaced Ross at catcher and was hitting just .091 in the postseason, singled into left, scoring Rizzo and making the score 8–6. Trevor Bauer, the loser of Games 2 and 5, relieved Shaw and got out of the bases-loaded jam by striking out Heyward and retiring Baez on a flyout to escape further damage.

Carl Edwards Jr. was called on to finish off the Indians in the bottom of the tenth. Still, after retiring the first two hitters (Mike Napoli and José Ramírez), he walked Brandon Guyer, who took second base on defensive indifference. Following up on his eighth-inning heroics, Rajai Davis lined a single to center, making it a one-run game, and the score was 8–7. Then, Maddon called on Mike Montgomery, who had zero career saves. Montgomery retired Michael Martinez (who had scored the game-winning run in Game 3) with an infield grounder fielded by Bryant, who threw to Rizzo. This ended the game and the World Series, with the Cubs winning the series and ending their 108-year World Series championship drought. Zobrist was awarded the World Series MVP award after hitting .357 in the series and delivering the go-ahead hit. In the 1940s Manny Seamon could be heard all through Harlem and ...