Welch stormed on to the national consciousness in the 1978 World Series as he had a showdown with Reggie Jackson in the top of the ninth inning of game 2, which ended with a dramatic strikeout. In the 1980s, Welch had the third-most wins by a pitcher in the decade, collecting 137. 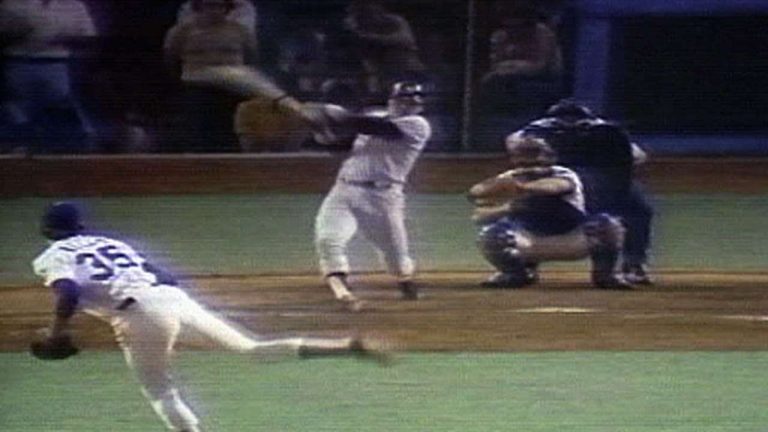 Mario Soto was the Reds ace and one of baseball’s top starting pitchers for much of the first half of the 1980s and finished as runner-up for the Cy Young Award in 1983. He complimented a low-90s fastball with a devastating change-up to help him strike out 915 batters between 1982 and ’85. Unfortunately, Soto was on some bad Reds teams and would ofter lose 1-0 and 2-1 games as the Reds never seemed to score any runs when Soto pitched. On a different team, Soto may have ranked much higher than this. 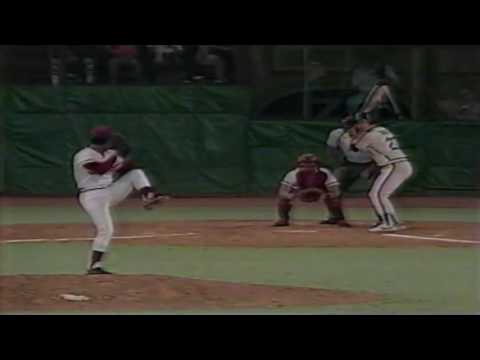 In 1981 Valenzuela won each of his first eight starts—all complete games, five of those shutouts, which set off Fernandomania around Los Angeles. The invincibility inevitably wore off—he couldn’t maintain a 0.50 ERA forever—but he did finish the strike-shortened 1981 earning trophies for both Rookie of the Year and Cy Young Award; he was an additional 3-1 with a 2.21 ERA in the postseason to follow, leading the Dodgers to a world title. Though he never quite recaptured the magic of that first season in the years to follow—outside of another blazing start in 1985 when he didn’t allow an earned run through his first 41.1 innings—Valenzuela remained a borderline elite presence by winning 20 games for the first (and only) time in his career in 1986 with a 21-11 record; his 20 complete games that season made him the last pitcher to date to reach that number. Valenzuela threw 7.2 scoreless innings in five All-Star appearances, and in three additional postseason appearances outside of 1981, he was 2-0 with a 1.61 ERA. 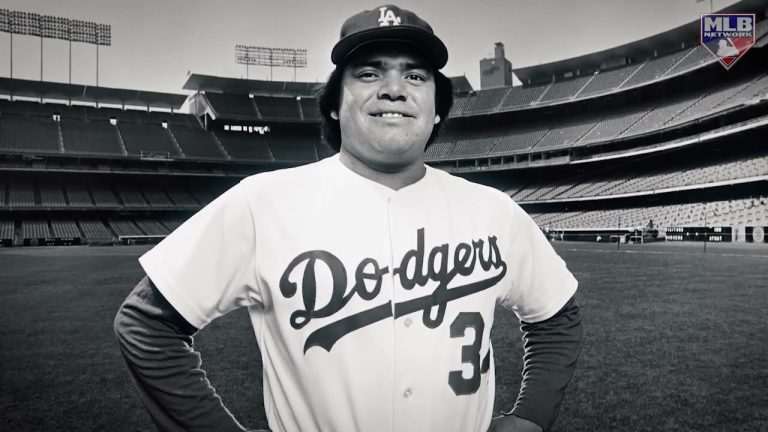 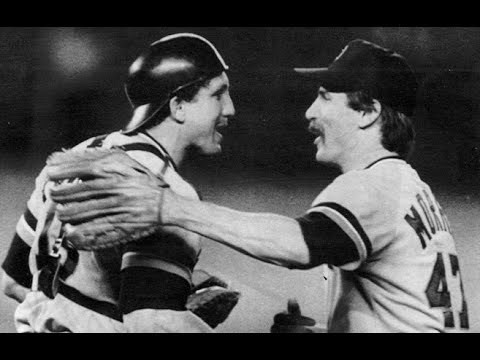 What could have been? Gooden was the very definition of a phenom in the mid-80s, especially in 1984 and 1985 when he was dominant. In 1984 with the Mets, Gooden racked up a rookie-record 276 K’s to go with a 17-9 record and 2.60 ERA. That was nothing, however, compared to his incomparable 1985 campaign. Gooden became such a safe bet to win; some Vegas sportsbooks wouldn’t post odds on games he started fearing they’d lose easy money. Then it all went south; booze and Drugs would eventually derail his career. Gooden was 100-39 in the 1980s, but Cocaine and Booze destroyed a hall of fame career. Clemens’s first two years as a pitcher for the Red Sox were really nothing to write home about, but that all changed on April 29, 1986, a night in which Clemens became the first pitcher to strike out 20 batters in a nine-inning game. It was the prime highlight in an explosive start to the year when Clemens went 14-0 over his first 15 starts, earning his first of a record six Cy Young Awards and his lone MVP honor. Although additionally, he was the winning pitcher in the All-Star Game (retiring all nine batters he faced), Clemens did have issues in the playoffs, especially in what could have been a close-out game. Nevertheless, Clemens carried on at a high level, recording a 55-32 record over the decade’s final three seasons with 40 complete games, 18 shutouts, and (in 1988) his first of five strikeout crowns with 291. Clemens would be arguably better in the next two decades, but what he achieved in the last half of the 1980s can’t be ignored. Check out the best bookmakers for betting on baseball! Ryan entered the 1980s at age 33, but arguably his best season in the decade came at age 42 in 1989. That was his first season with the Rangers, and he struck out 301 hitters for a third straight league-leading mark (the other two came in the National League with the Astros). In those three seasons—despite being over 40 years old—Ryan had more strikeouts than any other pitcher in the majors (799). On Aug. 22, 1989, Ryan struck out fellow Hall of Famer Rickey Henderson to become the first player in baseball history to strike out 5,000 hitters. Somehow Ryan threw the ball harder as the decade drew to a close. He threw a no-hitter for the Astros in 1981 and helped the Astros got to the NLCS in 1986. Saberhagen won two Cy Young awards in 1985 and 1989. In 1985, the 21-year-old Saberhagen established himself as the ace of the staff. He went 20–6 with a 2.87 ERA and won the American League Cy Young Award. In addition, he led the Royals to a World Series championship. He was named MVP of the World Series, pitching two complete games, including a shutout in Game 7. 1989, Saberhagen brought back his old brilliance by compiling a record of 23–6 with a 2.16 ERA, leading both leagues with 12 complete games, and finishing third in strikeouts. Before his July 26, 1989 start against the Boston Red Sox, Saberhagen had a very average record of 9–5. Over the next two months, he compiled a record of 14–1 with four shutouts. He also led the league in innings pitched, complete games, and strikeout to walk ratio. Blyleven is maybe the most underrated pitcher in the history of Baseball. In 1984 with one of his best seasons: a 19–7 record with a 2.87 ERA. In 1985 he again led the American League in shutouts with five. That year, he pitched 293.2 innings and completed 24 games, a feat that has not been repeated since. He then joined the Twins, passing the 3,000-strikeout mark, and helped the Twins to a 1987 World Series victory. Blyleven went to the California Angels in 1989 and pitched a 2.73 ERA for a 17–5 record in his first season. 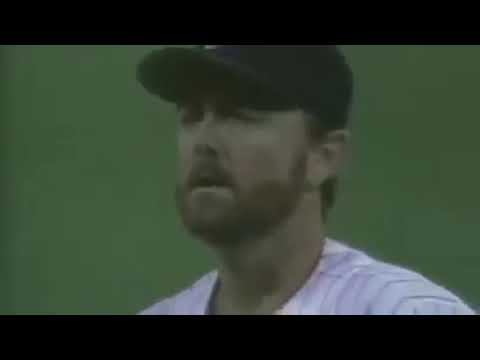 In 1985, when the Blue Jays made their first-ever postseason appearance, Stieb won the ERA crown despite an uneventful 14-13 record. After four years averaging 275 innings, Stieb in 1986 began a two-year hiccup in which his effectiveness suffered, leading the Jays to actively shop him to another team. Instead, they stuck with him, luckily—and their patience was rewarded with some of his best work, recording a 51-22 mark over the next three years. The 1988-89 seasons were memorable for his frustration in excellence; he threw five one-hitters, including taking two no-hitters in back-to-back starts into the ninth inning. 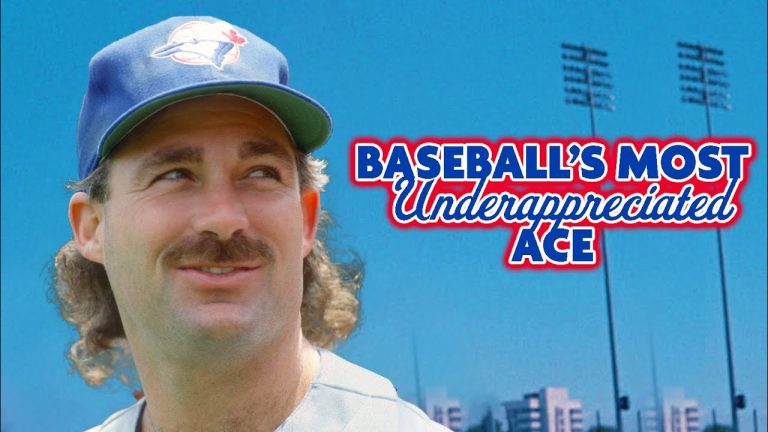 The Legend of Dave Stieb’s Slider

After a first entire season spent mostly in the bullpen, Hershiser shocked everyone in 1985 with a 19-3 record and 2.03 ERA—he was 11-0 with a brilliant 1.08 mark at Dodger Stadium—establishing himself as yet another in a long line of superior Dodgers aces. But you can’t talk about Hershiser and this decade without discussing his greatest season, and that would be the remarkable 1988 campaign in which he did it all: A major league-record 59 straight scoreless innings, the NL Cy Young Award, and MVPs for both the NLCS and World Series as he went a combined 3-0 with three complete games and a 1.48 ERA in the postseason—carrying the torch for the Dodgers. In addition, Hershiser led an unassuming team to wins over the Dominant Mets and A’s, two teams they had no business beating. 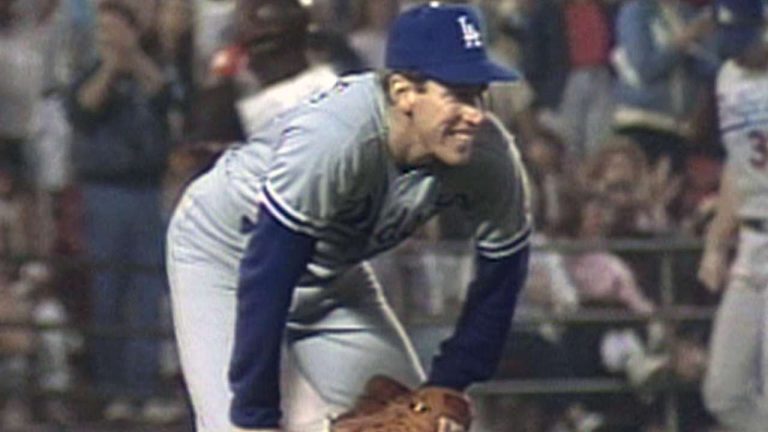 Previous article
« How Do I Tax My Sports Betting Wins in New York?
Next article
The NFL Draft Show: Alabama/Georgia review and which prospects impressed and disappointed »

While this article has many great positional battles, catcher doesn't have one. ...

Foster was the only player to go on such an offensive spree ...

The 1970s had more talented catchers than most decades have had. Thurman ...

There are many assumptions of baseball history that are almost accepted wisdom. ...

The Top 10 Cincinnati Reds of All-Time