Another year of Florida State athletics may have proven to be the best in a decade. While the biggest sport of 2018 laid an egg on the field, that did not spread anywhere else.

That made this list exceptionally hard. We thought of at least 20 moments in the calendar year that had an argument for inclusion. Ultimately, we used a criteria that involved significance of the event, the drama surrounding it, and amount of attention it received.

We have linked some of our recaps and various articles that go in depth with the events listed. Here’s to another year of covering FSU athletics, with a special thanks to the readers who make it possible. Here’s a look back the top five moments of 2018: 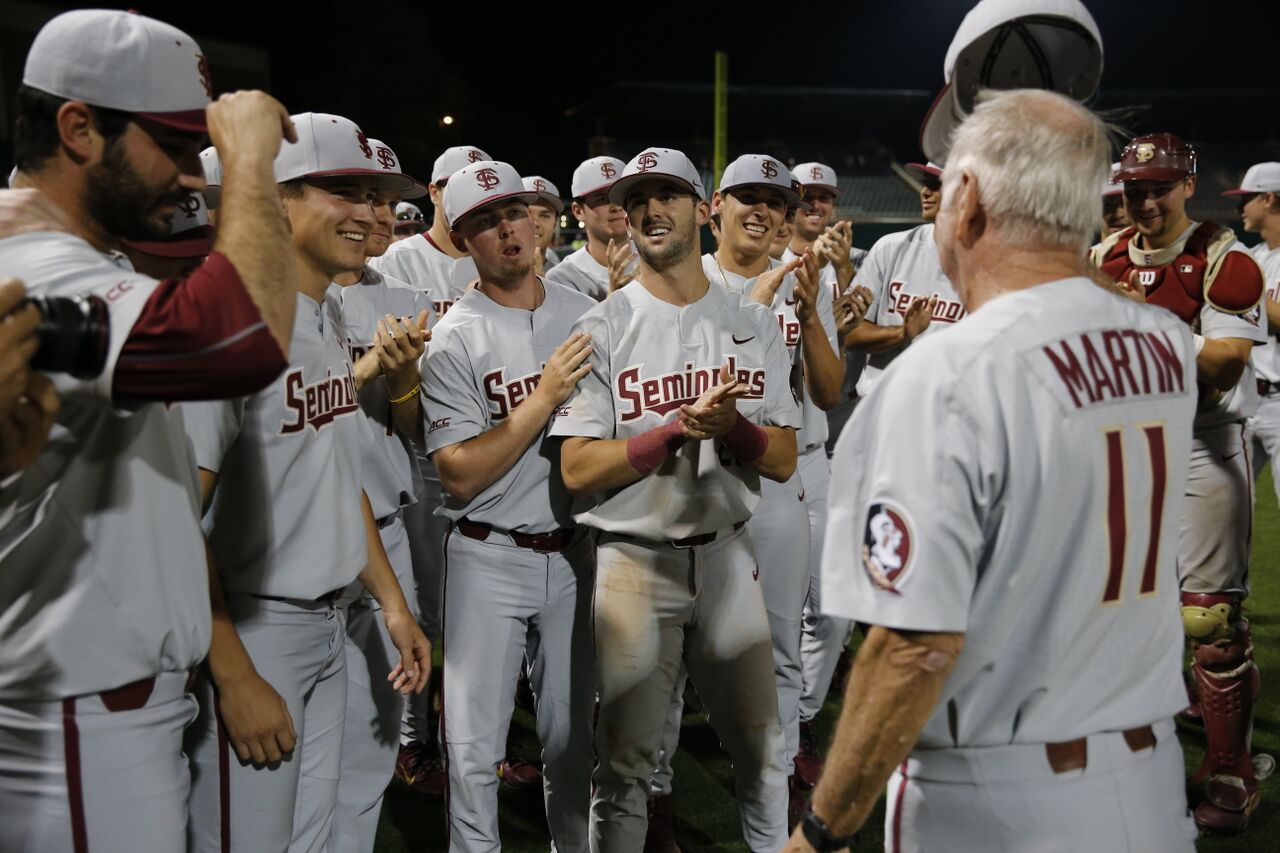 It is unfortunate that FSU head baseball coach Mike Martin could not achieve the record inside Dick Howser Stadium. But at the end of the day, Martin notching the 1,976th victory of his career was still a tremendous moment for Florida State. The 74-year-old who has dedicated most of his life to FSU baseball now has his name in the record books.

They certainly built the suspense for the game. FSU was playing at Clemson in the first of a 3-game series in early May, hoping to grab both the record and a quality ACC win. It took 13 innings and a solo home run by FSU outfielder Steven Wells to do it, but the Seminoles came out on top 3-2 on May 5.

As the players ran on to the field with the banner, Martin breathed a sigh of relief. It was now official and the team could focus on the rest of the season. The win meant that Martin had surpassed Texas legend Augie Garrido for the most all-time.

No. 4 – Men’s Basketball Win Over Gonzaga

If the Xavier win was surprising, the Gonzaga win was satisfying. Once the Seminoles got the previous win under their belt, their tournament outlook became much more rosy. Florida State matched up well with the Bulldogs and had all the momentum heading into the March 22 match-up in the Sweet 16.

The Noles hit their stride from the very beginning. Despite Gonzaga’s advantages down low, the Seminoles played one of their most complete games of the season. Their frustrating defense held the Bulldogs to just 34 percent shooting, while the offense shot 47 percent on the other end.

The final score came out to 75-60…but it really did not seem that close for most of the contest. Fans got to sit back and enjoy a dominant performance on the way to FSU’s first trip to the Elite Eight since 1993.

No. 3 – Men’s Basketball Win Over Xavier 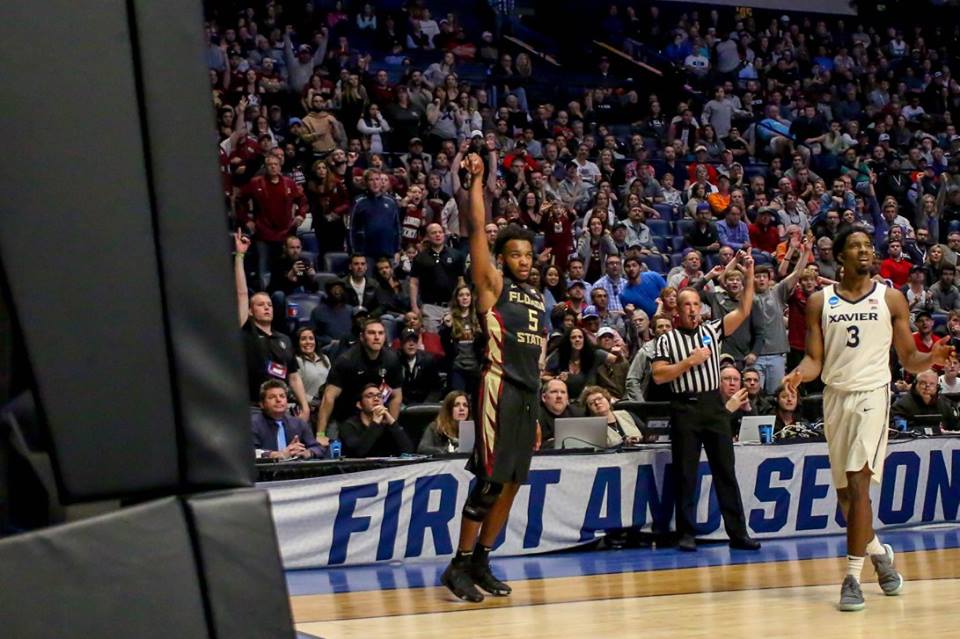 P.J. Savoy’s 3-pointer with 1:12 to play pushed FSU past No. 1 seed Xavier in the NCAA Tournament. (Patrick Clark/FSU athletics)

Virtually no one expected an FSU victory over the No. 1 seeded Xavier Musketeers in the second round of the NCAA Tournament. The Seminoles had just scraped by Missouri while Xavier cruised to a victory over Texas Southern. A fine season for the Seminoles appeared to be coming to an end on March 18 against the same team that ended it a year prior.

Instead, the Seminoles caught fire. They went blow-for-blow against the Musketeers and started to play like they had earlier in the season. Their defensive was aggressive and capitalized more often, and their offense was hyper-athletic. On a fast break with under 1:30 to go, P.J. Savoy knocked down a 3-pointer to give FSU the lead. The Seminoles would not relinquish it the rest of the game. Leonard Hamilton’s crew had successfully downed a No. 1 seed for the first time in program history, 75-70.

Once that clock hit zero, it became clear that Florida State had more left in the tank. 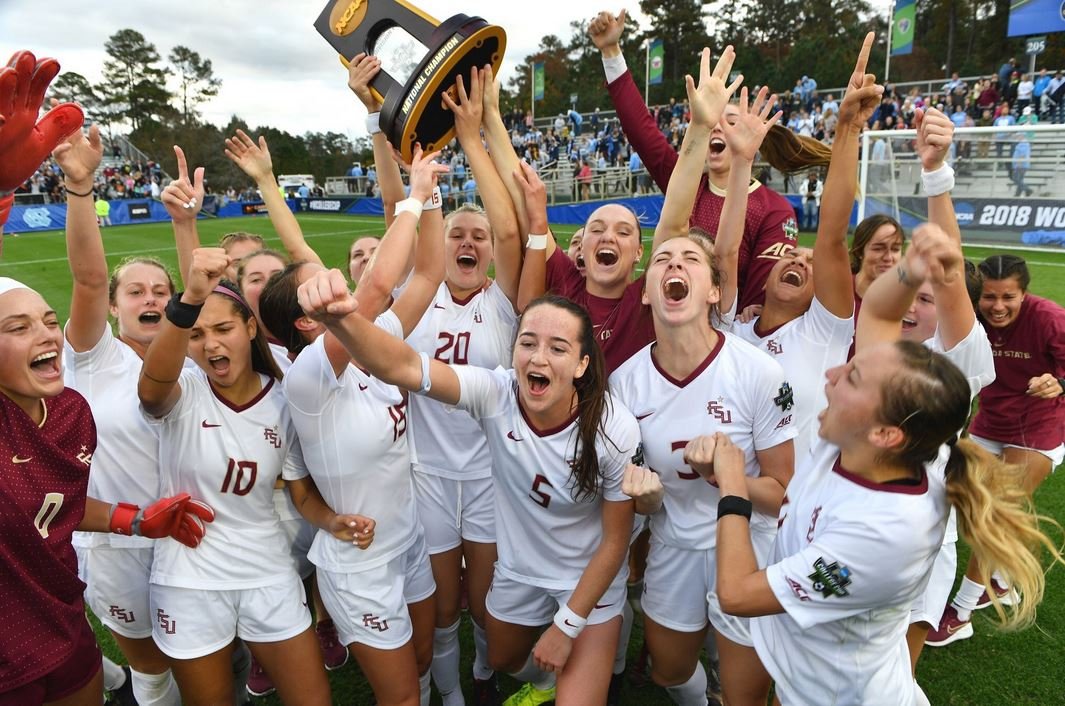 By comparison, the national championship in soccer sneaked up on everyone. The Seminoles had won it all back in 2014 and maintained a high level of play ever since, but they were unable to regain the ultimate prize. 2018 had the makings of another season where Florida State would advance deep in the tournament before falling to a better opponent.

The Seminoles then proceeded to reel off 10 straight postseason victories, including an ACC championship and an eventual national championship. This run was not the dominant tour-de-force of years past, however. FSU won five games by just one goal and had a close call against USC in penalty kicks. None of that mattered by the time it faced off against North Carolina in the national championship.

The two most dominant programs of the past decade were once again matched up on the pitch. The result: Florida State soccer won its second national championship in five years on Dec. 2.

Check out our season recap here.

Head coach Lonni Alameda finally got the monkey off her back with the national championship win back in June. Despite many appearances in the NCAA Tournament and plenty of national accolades, the Seminoles had never made it to the championship series. They did not waste the opportunity when it finally happened.

After six straight tournament victories — all while facing elimination — Florida State squared up with the Washington Huskies for all the marbles. After a 1-0 win in the first game, an early 3-0 deficit put some damper on the mood and made it look like the teams were destined for a rubber match.

Instead, the Seminoles stormed back to win 8-3 and claim the first national title in program history. One of the most successful softball programs in the nation finally had the hardware to back it up.

For our recap of the top five moments from the softball season, check out our video on The Daily Nole YouTube channel.

Fun Fact Friday: FSU Has Been Better on Road Than at Home vs. Coastal Division