The Top 9 Baltimore Orioles of All Time

Ranking the Top 9 Baltimore Orioles of All Time!

You know the majority of the Top 10 Baltimore Orioles of All Time will come between the years of 1965-1984, so let’s take a look at the Greatest Orioles ever.

Over a ten-year Orioles career that spanned more than 6,000 plate appearances, Singleton batted .284/.388/.445 and finished in the top three of the league MVP voting on two separate occasions. Blair was one of the greatest defensive players in baseball history, and he was a big-time winner. He played in six World Series, seven American League Championship Series, won eight Gold Gloves, and played on just one team with a losing record in seventeen big league seasons. Blair’s shining moment came in the 1970 World Series, going 9-for-22 with a .524 OBP against the Reds. All together, Blair played in 35 games for the Birds in the postseason. 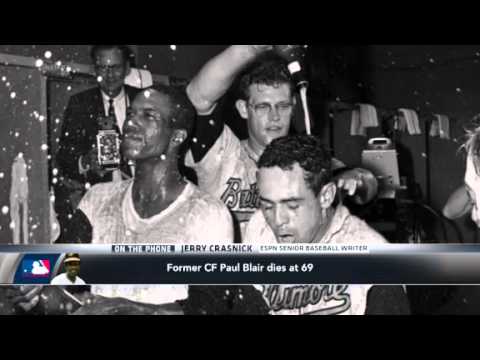 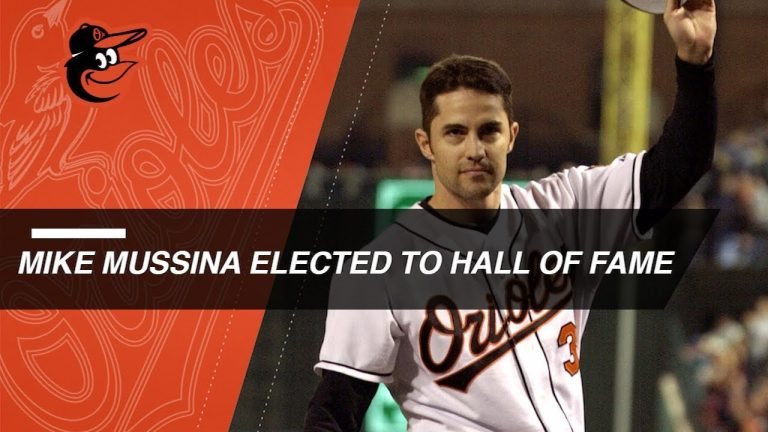 In 1969 Powell hit a career-high .304 with 37 home runs and 121 runs batted in, and in 1970 he was the American League Most Valuable Player, hitting 35 home runs with 114 runs batted in and narrowly missed a .300 average during the last week of the season. In the 1970 World Series, Powell homered in the first two games as the Orioles defeated the Cincinnati Reds in five games. Before the 1971 season. Powell helped Baltimore reach a third straight World Series that year, blasting a pair of home runs in game two of the 1971 ALCS against the up-and-coming Oakland Athletics. 5) Frank Robinson
The Orioles stole Frank from the Cincinnati Reds in 1965, and Robinson was already a superstar. Robinson would win the triple-crown in his first year as an Oriole. Plus, he was the star of the Orioles’ first World Series, taking home MVP honors in the Orioles four-game sweep of the Los Angeles Dodgers, hitting two home runs in the four games. In six seasons with the Orioles, Robinson hit .300/.401/.543 (OPS+ 169) with 179 home runs, 143 doubles, and 460 walks. His wOBA was .415, wRC+ 168. He never once had an OPS+ of less than 151. He helped lead the Orioles to four World Series in six years. Robinson played in only 88 games in 1959, but he’d play in 144 or more every year after that until the 1976 season, winning a Gold Glove in every one of them. Robinson was the greatest defensive third baseman of all time and almost single-handily beat the Big Red Machine with his glove in 1970. Palmer made it to the majors a year after being drafted, and in 1966, he made the rotation out of spring training and pitched over 200 innings as the team won its first World Series. He started game two and pitched a complete game shutout against Sandy Koufax. From 1969-1971, the years that saw the Orioles go to the World Series three straight times, Palmer pitched in 102 games with an ERA of just 2.61. Palmer added a no-hitter in 1969 to his resume. 1973 his league-leading 2.40 ERA helped him capture the first of his three careers Cy Young Awards. He also came in second in the voting for the A.L. MVP. His second Cy Young came in 1975 when he pitched 323 innings with a 2.09 ERA, and his third came in 1976 with 315 IP and a 2.51 ERA. Jim Palmer pitched in 558 games with a 2.86 ERA (ERA+ 125). Four times he led the league in innings pitched, twice in ERA. In 1975 he pitched 10 shutouts, most in baseball, and in his career, he had 53. Jim Palmer – The Making of a Hall Of Famer

Ripken’s streak of 2,632 consecutive games is what he is remembered most for in his Hall of Fame career. His career was outstanding winning AL Rookie of the year in 1982, AL MVP in 1983, plus a World Series title. Cal was one of Baseball’s first power-hitting shortstops, and in his first ten years in baseball, he hit 259 home runs and 340 doubles, and in 1991 he put up one of the best seasons in Orioles history, and easily the best year of his career. In 1991 Ripken was on fire and put up big-time numbers; he had 210 hits on the year, including 34 home runs and 46 doubles. So good was the all-around play that he was voted the league MVP despite his team winning just 67 games. Previous article
« Charlo vs. Castano: Who Will Be Undisputed At Junior Middleweight?
Next article
Building a super team from the 2011 NFL draft class »