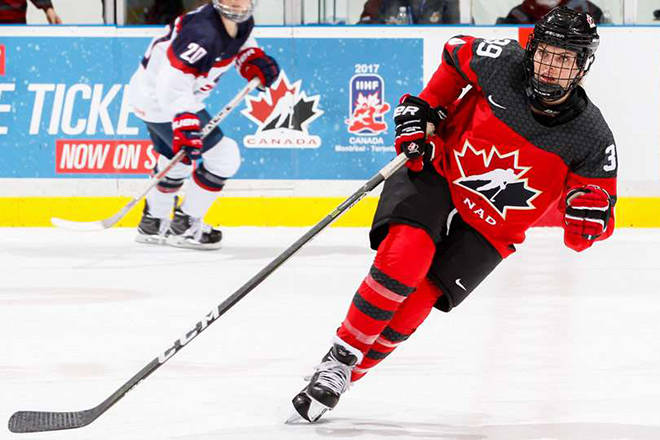 Canadians are definitely in favor of sports! With dozens of disciplines broadcasting on local TV and the Web, the choice of a sports discipline is certainly a straightforward one. Canada has become the country with a variety of games and sports disciplines where Canadians show promising results. Exclusively for you, we will spotlight all the most popular sports disciplines in Canada, ranging from iconic ice hockey and soccer to baseball and basketball. You can root for your favorite team from Android devices. Just download the app to watch live sports anywhere. So, let’s find out what the most popular sports in Canada are and what makes them so widespread and iconic.

Ice hockey is regarded as the symbol of all successes regarding the Canadian sports disciplines. It has one of the most successful training facilities, whereas the national team is always on the top of all ranking and championships. What is more, all teams are engaged in the National Hockey League.

This framework for professional ice hockey development encompasses all the best teams coming from various provinces and territories of Canada. The games played during these tournaments are exciting to watch, whereas the Canadian team’s results are always promising.

Except for professional teams and noticeable results, Canada also hosts a range of semi-professional and amateur leagues. That means you can start your career not in a major league, but from a small amateur cup, where you’ll have all chances to prove yourself. After all, wasn’t it somewhat obvious that ice hockey would be the number one sports discipline in Canada, considering its popularity and development?

Alright, don’t underestimate soccer in North America! Even though the results, players, and teams aren’t that popular globally as European teams, soccer in Canada, not to be confused with football, is a lovely discipline with thousands of fans. Thanks to a comprehensive network of soccer clubs, including Major League Soccer, Canadian Premier League, USL League One, Canadian Soccer League, and U Sports, this sports discipline certainly looks promising. Except for various teams and associations, Canada men’s national soccer team is continually progressing on world tournaments. It is always exciting to see how a country is putting drastic efforts into a sports discipline to develop. And it works!

Lacrosse, if to exclude ice hockey, is the most popular sports discipline all across Canada. This game was declared as the national game, but it is also enjoyed by thousands of active players and fans in this country. The long-standing tradition of lacrosse allowed Canada to build an ecosystem for the growth of this game. Right now, the two most prominent lacrosse leagues exist, namely the National Lacrosse League and Major League Lacrosse. They are different regarding the game rules, whereas the results of teams participating in those leagues on any world tournament championship are impressive.

What is more, lacrosse is exciting to play, but this game is also a superb discipline for betting. Since dozens of fans find it hard to find a decent online casino in Quebec, for instance, to place wagers on lacrosse matches, finding a well-rounded site is a must. You can find credible reviews on the best Quebec casinos and sportsbooks to place wagers on lacrosse. It is quite common for players to struggle with choosing an appropriate website for betting. For that sole purpose, detailed reviews on the most credible platforms might be needed to choose just the right website.

Baseball has a long history in Canada, especially considering the increasing peak viewership numbers over the last decades. This game needs no introduction in Canada. A Major League Baseball is a premier tournament involving all the best professional teams in the country.

Aside from the participation of Canadian teams in the mentioned American league, dozens of semi-professional and amateur teams exist. They compete in dozens of local leagues and championships. After all, baseball is quite a common game for most Canadians, making it so popular and recognizable, after all.

Basketball is another game worth mentioning that is rocking all across Canada. This game has a long history in this country, whereas dozens of teams participate in major leagues all across the country and globally. The most notable province regarding basketball is Nova Scotia, where most high schools and colleges host amateur leagues. As for now, it is quite easy for a major basketball match in Canada to attract a million viewers, making it such a famous sports discipline compared to other games.

Cricket is a sports discipline that has quite a promising future in Canada. The Canadian teams participate in the U-19 World Cup Events, alongside having its domestic league called National T20 Championship. This game is governed by Cricket Canada, which is a professional organization founded back in 1892. Although cricket might be a bit less popular than ice hockey, its prospects for growth are too huge to go unnoticed.

What game can be more exciting to watch any summer than golf? This sports discipline is enormously popular all across the country, especially in Toronto and Quebec. Golf is literally flourishing in Canada, which allowed Canadians to become one of the best golf playing country in the world. Thanks to the presence of dozens of local leagues and amateur championships, golf is a discipline that has a promising future. It is never too late to start!

A range of sports disciplines in Canada is something that made Canadians so fit and willing to win dozens of world championships and events. Such games as ice hockey, lacrosse, basketball, and baseball certainly represent the bright future for further development of sports as a whole in Canada.

Even though some games might be more popular than others, the overall state of Canadian sports is continually flourishing. For that sole reason, we were happy to shed some light on the most popular games to watch or try out. Good luck with making your mind since the choice of disciplines is far-reaching!