The Grueling Truth - Where Legends Speak / Remembering the Forever Voice of the Cincinnati Reds, Marty Brenneman

Remembering the Forever Voice of the Cincinnati Reds, Marty Brenneman

Farewell to a legend

All things come to an end, whether they’re good or bad.

That statement is a simple fact. But it’s hard for most people to understand. Different things affect people in different ways. For most, we just shake it off and move on and mutter, ‘that’s life’

But there are some things that are very hard to say goodbye to, such as a parent, sibling, or close friend. Things that remind us of those people are virtually impossible to let go of.

Yesterday Cincinnati Reds broadcaster Marty Brenneman retired. For some, that’s not a big deal, but to Cincinnati Reds fans, especially older fans, Marty meant so much more than just being the voice of the Reds.

The Big Red Machine and what they meant

I was born in 1968 in a town called Aurora, Indiana which is about a 30-minute drive to Cincinnati. My father loved baseball. The Reds were our team. Heck, it was a family affair, even my mom and sister would watch and listen to the games. The first team I can remember watching was the 1975 Cincinnati Reds. Marty Brenneman started doing the Reds games on WLW radio in 1974. He was a fixture on the radio back then.

As I sat and listened to a Reds game on the radio yesterday, which I hadn’t done in years, my son walked in and asked why the game wasn’t on TV. I explained how I could remember listening to Marty call the Reds games with my family. Those times were very special. My son then asked why didn’t I just watch the game on TV with them?

My how times have changed.

Anybody under 30, doesn’t seem to realize you weren’t always able to watch whatever game you wanted on TV back in my day. In the mid 1970s, around 40-50 away games were on TV, and a couple of home games. So if you wanted to follow your favorite team, you had to listen. You couldn’t always watch. I know, shocking, but that’s why the play-by -play guys of the past could build such a connection with a city.

I was really close with my family growing up and going to a Reds game was a huge deal.  Riverfront Stadium wasn’t anything special, but it didn’t matter. As an 8-year-old in 1977, going for the first time with my parents and sister, it was almost a mythical place.

I remember the first time we walked up to our seats in the upper deck in right field. It took my breath away. I spotted my heroes, Johnny Bench, and Joe Morgan. I was speechless.

The Reds beat the Cubs and George Foster hit a home run. I still remember that to this day. My dad was always in a hurry to leave which – always made me mad, but I remember that night. We left in the seventh inning and listened to Marty and Joe on WLW on the drive home to Indiana – with Marty exclaiming, “This one belongs to the Reds”. That iconic call at the end of every Reds game still gives me goosebumps.

Connection to my Dad

My dad and I were very close, but nothing stands out more to me than playing catch with him on a Sunday afternoon – as we listened to Marty and Joe Nuxhall call the Reds game. My dad was, and will always be, my hero and Marty’s last game is almost like another ending to that relationship for me. The sad thing is that over the years I stopped listening to the Reds because, come on, as my son so aptly put it, why listen to the game if you can watch it?

As I sat in my chair yesterday and listened to the game on the radio, memories of my childhood came back. Like the Reds playing the Dodgers in L.A. on a school night. Me, ducked under the covers with the volume low so my parents would not know I was still awake at eleven o’clock at night. Almost without fail, my dad would bust me listening to the game.

He’d just smile and tell me to get my ass to sleep.

Those days of listening to the games on the radio are lost and I think the ability to watch the games over listening to them has hurt baseball. You had to pay attention when listening, and you became more intimate with the nuances of the game.

Now you turn the game on even as a family and look around and everybody is on social media. They glance up from time to time to see what’s going on in the game. I find that sad.

Baseball before 1980 was the National Pastime. It was the biggest sport there was,but slowly that connection has been lost. Baseball has not helped itself out much, because everything is a home run or strikeout.

In Cincinnati, the last thing left to the glorious past was Marty on the radio.

Sadly, very few kids if any will know the joy of playing catch with their fathers while listening to a baseball game on the radio.

Why Marty will be missed

I can only speak for myself when I say that Marty retiring is an ending to what I grew up with. All that’s left is a memory, but it is a wonderful memory of my childhood that I’ll always cherish.

If you’re out there reading this Marty, I  want to tell you, “Thank You” from the bottom of my heart. 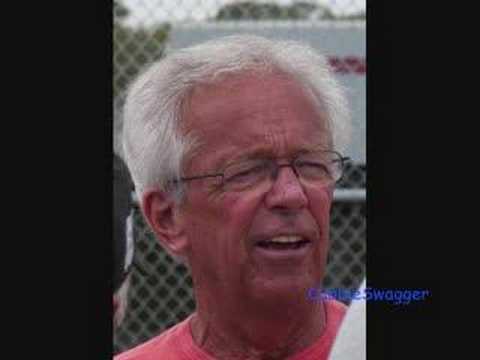