Manny Machado is not whining!

Major League Baseball has many traditions, superstitions, and unwritten rules. You don’t step on the rubber if you’re not a pitcher, you never talk to a pitcher working on something special, you don’t try to hurt guys, and if you offend someone then you prepare yourself to take a fastball in the ribs the next time you’re at the plate. That last one is everything that is wrong with baseball, because what offends someone might be as innocuous as watching a well-hit longball leave the park, celebrating a big shot that wins a big game, or accidentally spiking someone on an aggressive slide into second base. Now, before you start telling me that Manny Machado intended to hurt Pedroia on that slide, let me stop you right there and direct you to the footage.

If that injury was intentional, then Machado deserves an Academy Award for Best Actor in a Sports Related Situation, because the way Machado jumps up and attempts to catch the falling Pedroia would belie any intent. Aggressive? Absolutely, but intent to injure? No. However, Machado did get him and, according to those unwritten rules of baseball, he should have been looking for one in the ribs in his next at-bat. Now, that slide occurred in the eighth inning so; chances are, Machado wouldn’t come to the plate again that night. Not to worry, sports fans, Machado would see the box at least three times the next day, so that first at-bat he should stand there and take it because he knows it’s coming. But, they didn’t come after Machado the next day, they waited until two days later. Here is where there is an issue and where Manny Machado has a legitimate gripe; they didn’t come in on him until his second at-bat which, fine, come in and hit him but if you don’t get him it ends there. Your job as a pitcher in that situation is a fastball in the ribs or hip that sends the message and then you are finished if you miss then you missed. You don’t wait until the eighth inning and Machado’s fourth at-bat to come in on him again, and you never throw at his head. Never. 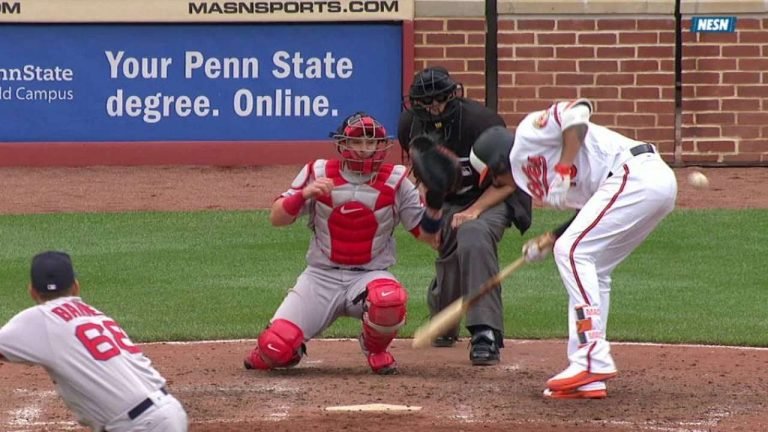 Fine, so you pulled a real jerk move and you threw at his head, you earned that ejection and suspension and it ends there. Here is where we get to why Machado isn’t whining and why the Boston pitchers, and the management if they were a part of it, do indeed lose a modicum of respect. They continued to throw at Machado. Not just in that series, but Chris Sale comes in on him in the next series. That breaks so many of those unwritten sportsmanship rules that Sale should be ashamed of himself. Now wait, Chris, what about Mookie Betts getting plunked by Bundy? Boston Sports Tonight told me that was on purpose! They said it was retaliation! Really? In a 2-1 count in a close game, a count that Bundy had lived on the inside during? I doubt it. It makes no sense to purposely plunk Betts in that situation and put on a guy who can halve your 2-0 lead with his legs alone. But wait! What about Gausman hitting Xander Bogaerts tonight, that had to be on purpose, right? Sure, you could make that argument, if your baseball IQ is the same as your shoe size. First of all, no one has ever intentionally hit a guy with an off-speed breaking ball. That is a ridiculous contention. Next, how monumentally stupid do you have to be to intentionally hit a guy after the Commissioner of Baseball gets involved and said the enough is enough, just play baseball? It’s more than his contract is worth to defy Rob Manfred and it would cost the Orioles dearly to do so. That was a terrible ejection, but with the heat and the intensity, at least marginally understandable.

None of that excuses the actions of the Boston Red Sox pitchers who waited to retaliate far too long, missed their chance, proceeded to throw behind Machado twice (once at his head), and threw at him during the second game of the next series – over a week since the original incident. Manny has a serious point here; he is not whining. You think it’s okay to throw at a guy because he did something you arbitrarily decided was offensive to you or your team? Fine. But you do it within an acceptable time frame, and you do it once. Not three times through three series. Yeah, it was cowardly, and yeah, it was BS. Machado was right on about nearly everything he said, and Chris Sale’s statement that he “isn’t losing sleep” over it is nothing less than we should expect from a bad sport who shreds his team’s uniforms because he doesn’t like them.

Previous article
« 5 Teams Prepared to make a Playoff Run after the Draft
Next article
Standings for Each Team in their Division: Part 1 – AFC West »