The Red Sox went 7-20 in September, saw the Yankees pass them, and went into the last day still having a small chance depending on the Yankees beating the wild card-leading Rays. The games started well as the Yanks went up 7-0 and the Red Sox, despite all their issues, had Jonathan Papelbon to close out the lowly Orioles in the bottom of the ninth. Bet all of the MLB games this season by finding the best sportsbook.

And then the Rays came back and won on an Evan Longoria walk-off homer, and after a Robert Andino bloop single, the Red Sox season came crashing down. The 2009 Detroit Tigers held first place in the American League Central for 142 days combined throughout the regular season.

With ace Justin Verlander, Edwin Jackson and surprise starter Rick Porcello, they were able to hold a three-game lead with four to play after Verlander beat the Minnesota Twins. So of course, the Tigers lost the next three games and had to pitch Verlander on short rest just to reach a one-game playoff with the Twins.

Porcello pitched beautifully in the one-game playoff but Fernando Rodney gave up the winning run on an RBI single by Alexi Casilla. Little consolation to the Tigers that it was one of the greatest games in baseball history.

To make matters worse the Tigers were the first team to blow a 3 game lead with only 4 games remaining. 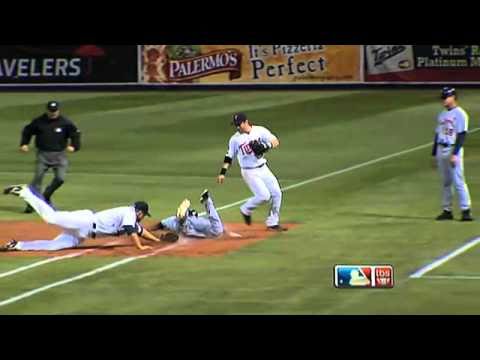 The Dodgers again seemed ready to cruise to another pennant behind Koufax and Drysdale, but unexpectedly lost a four-game lead with ten games to go starting September 22. They lost eight of their next ten, including their last four and found themselves in another three-game playoff for the pennant.

No Bobby Thompson miracle this time, but this time the Giants found a way to score four runs in the top of the ninth to take a 6-4 lead (winning runs by Matty Alou and Willie Mays) and ultimately win. On August 9, the Angels led both the Texas Rangers and Mariners by 11 games. After a very deep 18-31 slide, they found themselves in a tie with the Seattle Mariners, who went 30-19, causing a near flip-flop in the standings. Check out the best bookmakers!

The one-game playoff still gave the Angels a chance, but it felt like they were just going through the motions, losing 9-1 despite having their best pitcher (pictured above) Mark Langston on the mound. On July 22, they led the Atlanta Braves by ten games, but the Braves were in the midst of a 49-16 stretch that also saw them go 28-9 at one point. Combine that with the Giants stumbling to a 20-18 finish, and the recipe for failure was set.

The Giants won three in a row, then lost to the Dodgers, while the Braves won, making the Giants one game short. 103 wins, a third MVP from Barry Bonds, an excellent pitching staff led by John Burkett, Bill Swift, and super-closer Rod Beck, and the Giants were unable to capitalize and unfortunately sent home.

The 1993 Giants were maybe the greatest team not to make it to the playoffs. 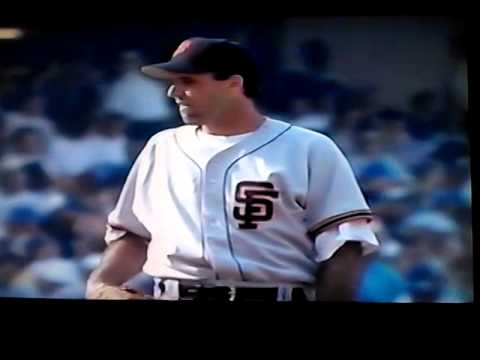 The Toronto Blue Jays decided to keep it close all season unlike most of the other teams on this list. The Blue Jays choke was done all in one week. Holding a 3.5 game lead with only seven to play.

The Blue Jays then lost the rest of their games, and like the Phillies in 1964, lost three directly to their closest competition, the Detroit Tigers. What made this one even worse was the way they lost each game by only one run. The deciding game was an excruciating 1-0 loss in old Tiger Stadium. The Boston Red Sox, like many chokers, were cruising mid-season and led the division by a whopping 14 games, until the hated rival Yankees ran off a historic 52-21 run. Even though the Yankees were hot, the Red Sox essentially controlled their own destiny, and that they did, going on to “win” 24 of their next 52 and falling into a tie for first place.

Then the one-game playoff loss was made worse when light-hitting Bucky Dent hit a home run over the green monster to secure the victory and the A.L. East title for the Yankees. Keeping with teams going on massive losing streaks, the Phillies, up 6.5 games on Sept. 21, 1964 with 12 games to play, somehow lost ten straight, letting the St. Louis Cardinals steal the pennant.

The most embarrassing part is that the Phillies had three chances to deal the Cardinals a death blow, giving not only themselves a chance but the Cincinnati Reds as well in a three-team playoff. However, that never occurred because the Cardinals won the series to cap the worst collapse in Philadelphia history. The Phillies would not make the playoffs again until 12 years later. Struck Out: The Fall of the 1964 Phillies